How Do You Value, Value?

In the second half of 2017, a familiar debate over the intrinsic and transactional value of currencies resurfaced. After the meteoric rise of Bitcoin from $2,539 on June 30th, to $20,089 on December 17th, two camps of ardent supporters and dissenters quickly banded together. The crux of the issue dividing the two sides was whether Bitcoin could be considered a viable currency, since according to critics, its value was “based on nothing”. This argument is short-sighted, and ignores historical context. Past examples have repeatedly demonstrated that a currency’s worth is primarily derived from the user’s belief in its ability to act as a store of value and means of exchange, rather than its intrinsic value.

In the 12th century, Waltham Abbey declared religious relics “Far more valuable than gold or precious stones, and sweeter than honey”. These relics, ranging from a saint’s tooth, to the foreskin of Jesus Christ, clearly did not possess any intrinsic value. Surprisingly, however, they functioned as a viable form of currency. The trust in each relic’s value (religious or monetary) became so widespread that smugglers risked their lives to steal exceptionally rare artifacts. Nothing was off limits, as a group of Italian thieves even stole the remains of Saint Nicholas (a.k.a. Santa Claus) from a Turkish village.

Although it would be difficult to find someone smuggling the remains of Santa in 2018, we can draw clear comparisons between the religious relics of the middle centuries, and Bitcoin. For example, the 13th century relic smuggler is not dissimilar to the modern hacker stealing small fortunes from susceptible Bitcoin exchanges. In both cases, the act of stealing demonstrates each thief’s belief in the currency’s value. After all, what’s the point in risking legal punishment for a worthless skeleton or digital token?

Despite not being backed by hard assets like gold or silver, the trust in a relic’s value was so widespread that Baldwin II, Emperor of Byzantine, paid off his debt to King Louis IX of France by selling him the ‘Crown of Thorns’ worn by Jesus. Although it is doubtful that the IMF will begin accepting similar forms of interest payment, the example reaffirms the notion that the belief in a currency’s value is more significant than its intrinsic worth.

In the case of Bitcoin, the rise in the number of vendors accepting the currency is a testament to its monetary value and transactional utility. Corporate executives would be hard pressed to explain to shareholders and investors why they accepted payments in a currency that was worthless.

For instance, the Wall Street Journal reported in November that PriceWaterhouseCoopers (PwC) became the first of the ‘Big Four’ accounting firms to accept payments for their advisory services in Bitcoin. While this is less interesting than monarchs paying off their debts with religious relics, the same principles apply.

The currency on Yap Island, located in the Pacific, provides further evidence that the belief in a currency’s worth outweighs the importance of its intrinsic value. For centuries, the natives of Yap have used ‘rai stones’ as a form of payment, and store of value. These ‘stones’, however, were actually gargantuan limestone discs weighing up to 8,800 lbs., and standing 12 feet tall. The natives ‘minted’ (mined) their currency on Palau Island, and upon their return the Chief of Yap valued each rai stone in front of the entire population. In the same ceremony, locals would then purchase the currency. 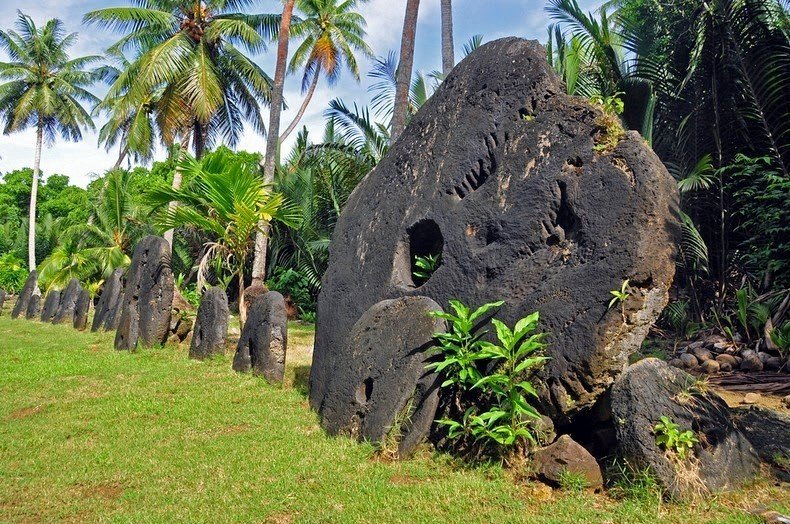 The public valuation and purchasing ritual on Yap is comparable to the ‘proof of transaction’ process associated with Bitcoin. In both cases, the processes prevent fraud and theft by clearly identifying the rightful owner of each stone or token. Using a similar approach, German colonizers in the 19th century enforced their laws on the natives by publicly ‘confiscating’ dissenter’s rai stones by simply marking them with a black ‘X’.

Again, the concept of value proved to be far more significant than a stone’s intrinsic worth. In fact there is a rai stone lying on the ocean floor, after falling through a canoe, which continued to circulate in the economy. Even though the stone’s owner never physically saw their rai stone, it still carried value. In the same vein, just because Bitcoin is a digital currency that cannot be truly seen or held, the currency is still valuable because of people’s belief in the system.

After considering Bitcoin’s value within historical context, it should be clear that criticizing the crypto-currency for being “based on nothing” is a weak argument at best. Those who doubt the efficacy of Bitcoin would be challenged to find a set of currencies more bizarre than religious relics, and rai stones. However, both examples exhibit the most important source of a currency’s value: trust.

Paying off debts with the ‘Crown of Thorns’ was only possible because both parties believed in its value. Similarly, paying for a good or service with a digital token is a viable means of exchange if a large enough community trusts that it holds value.

Bitcoin and other crypto-currencies may face many issues, but the fact that it is not tied to, or backed by a physical asset with intrinsic value is not one of them.