The Yield of an Empire 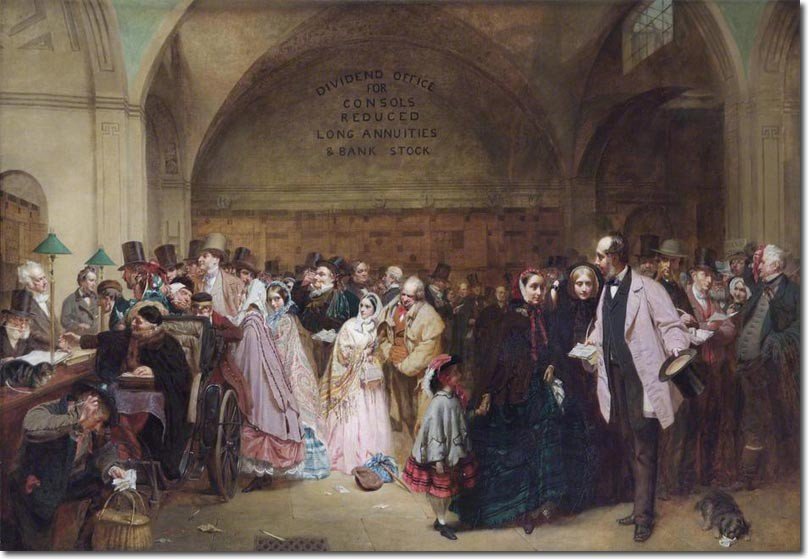 “When men have got used to five percent [yields], from a certain quarter, they cannot be content with four…so this reduction of the Navy Five percents unsettled several thousand capitalists, and disposed them to search for an investment.” – Charles Reade (1873)

In recent months, concerns over the rapid rise of private credit strategies have intensified. In July, for example, a Barron’s cover story outlined the dangers private credit investors currently face, which emphasized the excess levels of dry powder, large inflows of institutional assets, and growing percentage of covenant-lite loans.

The popularity of private credit amongst institutional investors, such as pension funds, has been a consequence of the historically low yields available on U.S. treasuries. The Federal Reserve’s quantitative easing (QE) program has suppressed yields through mass treasury purchases, which bid up prices (bond yields move inversely to price).

As a result, institutions have hunted for higher yielding assets to replace the lost income they had been accustomed to earning from treasuries. The relatively conservative and high yielding private credit strategies were an ideal choice.

Unsurprisingly, this scenario is not unique to today. In this case, historical context can provide us insight through studying the challenges that investors faced in late 19th century Britain, at the height of the British Empire.

In the 1800s, the British government enforced a program similar to QE in the sense that it artificially suppressed yields on “consol” bonds, Britain’s long-term treasury equivalent. Beginning in 1822 with the “Navy Five Percent” issues, the government repeatedly carried out ‘debt conversions’ that substantially reduced yields.

Britain’s ‘leisure class’ lived primarily off their investment income, and was severely affected by the debt conversions. Some Briton’s saw their incomes cut by up to 30%. 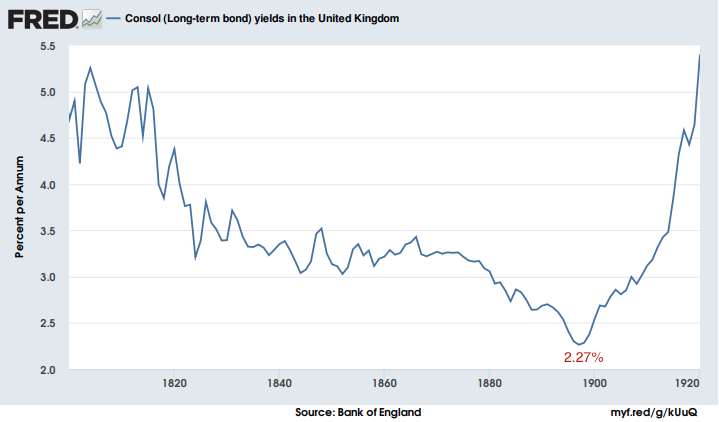 The challenge facing the leisure class is analogous to pension funds today, which have relied upon treasuries to help cover their long-term liabilities. In particular, the suppressed yields have forced employers to increase their contributions in order to cover the benefit payments previously funded from the pension’s investments.

Despite occurring 200 years apart, the low-yield environments sparked a similar response from both groups of investors: a hunt for yield.

By the end of Queen Victoria’s reign over the British Empire, its realm covered roughly 25% of the earth, and accounted for more than 25% of the global population. Consequently, Britain quickly became the ‘world’s creditor’, as countries were increasingly reliant upon the mother country.

The investment opportunities resulting from this vast empire are comparable to the modern deal sourcing “platforms” touted by private credit managers. With consol yields as low as 2.27%, the loans to colonies like Nova Scotia offering 5.81% were very attractive.

Also, recent warnings over the number of ‘covenant-lite’ loans in the market, and the risk that they may pose, would have been of no concern to the 19th century British investor. Even as the global creditor, why be nervous when your loans are backed by the world’s most powerful navy? Prime Minister Palmerston is quoted:

“The patience and forbearance of His Majesty’s government…have reached their limit, and if the sums due to the British…claimants are not paid… His Majesty’s Admiral commanding on the West India Station will receive orders to take such measures as may be necessary to obtain justice.”

It was in the midst of this low-yield environment, coupled with an expanding empire, that Sir Philip Rose founded the Foreign and Colonial Government Trust (FCGT) in 1868. True to its name, the firm focused on loans to foreign governments both within, and outside her majesty’s realm.

Founded in a year when consols yielded 3.2%, the FCGT was an attractive alternative. According to their first prospectus, the portfolio’s lowest and highest yielding issues were 5.01%, and 15.43%, respectively.

Assets readily poured into the fund, and other firms were quickly founded after witnessing the FCGT’s success. By 1890, there were roughly 100 investment trusts in operation. It is not by chance that this growth in investment trusts coincided with the largest debt conversion, which lowered yields to 2.5%.

The popularity of these strategies was further exhibited by the five-fold increase in foreign investments from 1870–1896. To deal with such large inflows, trusts adopted the modern practice of founding ‘new issues’ of their strategies. So just as a private credit manager operates Credit Funds IV/V/VI, trusts like the FCGT formed 1st, 2nd, 3rd and even 4th issues of the FCGT strategy.

How did the investment trust craze end, you may ask? In 1890, the Barings Bank Crisis wreaked havoc on many trusts, and by 1920 only half the number of firms operating during the crisis remained. The crisis was sparked by collapsing security prices in South America, and the bank’s ensuing liquidity crisis due to its large investments in the region.

However, the trusts that did survive the Barings crisis were stronger, and better managed than before. In fact, the Foreign Colonial Government Investment Trust is still in operation today.

Although the example of the British Empire cannot predict whether the private credit industry will endure a Baring’s Crisis of its own, one lesson is clear: Whenever a government intentionally suppresses bond yields, investors reliant upon the income from such bonds will hunt for yield in other, perhaps riskier, investment strategies.