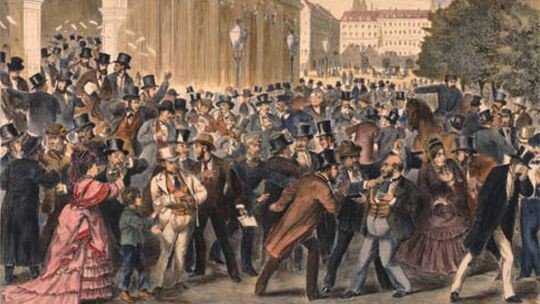 ‘The right to buy cheap and sell dear is the inalienable right of every man, and it matters little which transactions is made first’ — Thomas Gibson (1908)

On September 5, 2018 the Securities and Exchange Commission released a statement warning retail investors about the risks associated with cannabis investments. The regulatory agency’s announcement stemmed from their charges against Greenview Investment Partners.

In their presentations, Greenview had advertised itself as a private equity firm, implying their various investments in cannabis companies had undergone due diligence and financial analysis. In reality, however, Greenview actually only held a single investment worth $400k, in a company that had not harvested a single crop.

Regardless, the firm was able to raise $3.3 million by promising investors “up to 24 percent annual returns”. Sound speculative?

The Greenview Investment Partners episode offers a glimpse into the highly speculative world of marijuana stocks. In the past 1 year period, the Canadian Marijuana Companies Index has risen an incredible 410.83%, attracting the attention of many speculators.

The craze surrounding cannabis companies provides further testament to the pitfalls of human nature. Companies with less than $100M in revenues have market capitalizations greater than companies like Harley Davidson, and Michael Kors. 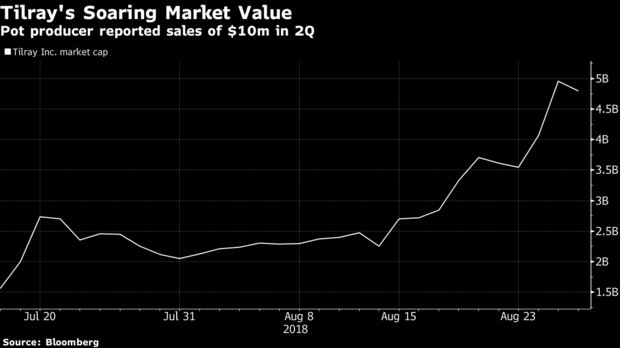 This is unsustainable. Repeatedly, and assuredly, investors move from mania to mania, sacrificing long-term gains for short-term speculations.

“From Napoleon’s time to the present every endeavor to subjugate the exchanges, to extirpate (destroy) speculation, has been futile.” — Emil Friend (1908)

As early as 1908, contemporary writers began commenting on human’s consistent behavioral mistakes. Writing on the market conditions in Germany, Emil Friend asserted “History of the purely speculative phase of economic activity is repeating itself in a remarkable manner”.

In 1896, the Reichstag passed the ‘German Stock Exchange Act’, aimed at curbing the rising levels of market speculation. Earlier in the decade, a cohort of grain speculators had attempted to ‘corner’ the wheat market, which proved to be a scandalous disaster that was decried by legislators, and provided the impetus for regulation.

The government’s response was severe. The Exchange Act banned all trading of futures contracts on grains, and removed the seven most prominent Industrial stocks from the exchange. Most importantly, the law required speculators to register themselves on the official ‘Bourse Register’.

Each of these articles was designed to prevent manipulation in the market, and protect smaller investors from the dangers of speculative investing. The result, however, was predictable. Our 1908 author, Emil Friend, notes:

“The effect of the law was curious. Very few people registered, but they did not, for a time, cease speculating…In the meanwhile, speculation on foreign bourses [stock exchanges] from Berlin increased in about the same proportion as it had decreased on the Berlin bourse”

As the hype around marijuana stocks has increased, countless new firms and strategies have touted their investing expertise in the cannabis industry. There has even been talk of a mutual fund dedicated to cannabis stocks.

However, most of these strategies are not truly investing, at least not in the Benjamin Graham sense of the word. These vehicles, and the ‘investors’ behind them, are purely speculating in the cannabis sector. The valuations ascribed to these companies are a clear indicator of this trend.

Cannabis companies like Cronos currently trade at a 267x Price/Sales ratio. During the second quarter, Tilray reported a net loss of $12.8 million on sales of $9.7M. However, the company currently boasts a market capitalization of $5Bn, and trades at a 124x Price/Sales ratio.

Clearly, these stocks are overvalued. However, the Cannabis Financial Network and other marijuana focused investment websites have risen in popularity as more speculators get involved.

The misrepresentation of cannabis investments as anything but speculative, is similar to the failed Bourse registry in Germany.

Few Germans recognized or wanted to admit that they were speculators. In the first year, only 60 names appeared on the registry, and by the second, 19 of those names dropped off the list. To a certain degree, the government had expected this:

‘The main object of this provision was to check speculations among the vast body of ill-equipped outsiders, who, for the most part, speculate secretly and would be very unwilling to have their neighbors and those with whom they have business know of their operations’

Far from declining as a result of the legislation, the levels of speculation in Germany actually increased.

Just as Germans failed to properly identify themselves as speculators, cannabis focused investment strategies and ‘private equity’ funds misrepresent themselves as ‘investors’ that seek “compelling long-term value as the industry matures”. However, when a company with $12M in sales fetches a higher P/S ratio than Amazon, trouble surely lies ahead.

In 1896, the German government’s efforts to curb speculation failed miserably, as strict regulations proved wildly unpopular. In particular, investors griped over the seven industrial stocks that had been arbitrarily removed from the market. These seven stocks had accounted for 70% of the exchange’s trading volume.

Today, it is inevitable that there will be a correction in the cannabis industry. Instead of requiring regulation to curb speculation, the market will punish speculators itself, when the sky-high valuations fail to hold up against investor’s scrutiny.

When one speculates, it is easy to become engulfed in the bullish news surrounding your investment. However, this can lead to tunnel vision, and ignoring crucial aspects of investing like due diligence, financial analysis, and an openness to opposing points of view.

When investors become close minded and only listen to opinions that confirm their beliefs, speculation abounds. As the saying goes, “Don’t get high off your own supply”.