The Tranches of History 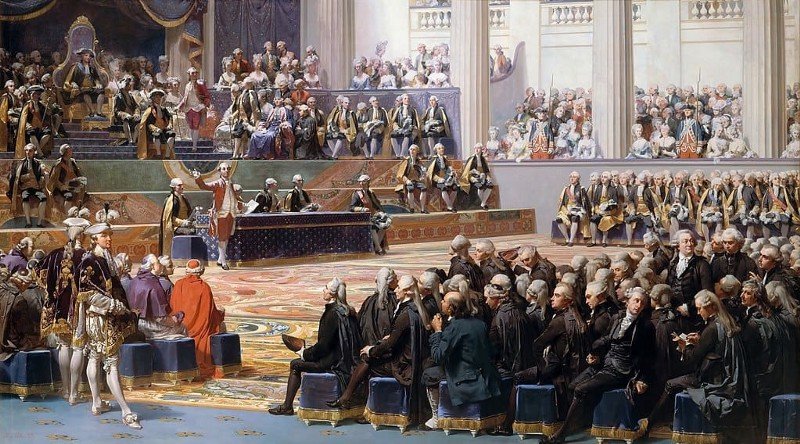 This simple question explains the impetus behind most financial innovations in history.

Whether the end result is the first index fund, or more recent Exchange-Traded Fund (ETF), advances in finance often stem from attempts to mitigate the risk in risky assets. In the case of the index fund and ETF, the results were increased diversification and liquidity, respectively.

However, not all innovations have been so pedestrian. At the opposite end of the spectrum, the market for ‘higher-octane’ products like the CLO/CDO/CDS/ABS, is expanding.

Investors have flocked to these innovative products in pursuit of higher returns, and the diversification benefits offered by their securitized structure. In fact, this year CLOs are set to raise more money than ever before, breaking the 2014 record of $123.6 Billion.

The popularity of these instruments should be expected, however, considering that investors havesecuritized high-yielding loans for centuries.

In yet another example, we are reminded that very few inventions in finance are truly new. Instead, rather, new iterations of the same concepts are developed and improved over time.

Continually building upon previous ideas, these evolving innovations represent The Tranches of History. 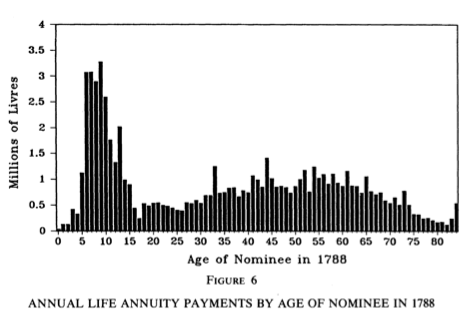 Although life annuities are the sworn enemy of many advisers today, these financial contracts proved very popular with the French government in the 18th century.

The state had used ‘age-dependent rate’ annuities to finance three military campaigns, before then reintroducing ‘flat-rate’ annuities (which were priced irrespective of age) in 1761.

Starting in this year, two key factors led to an attractive investment opportunity for a group of clever Genevan bankers.

The first was a crucial flaw in the flat-rate system. Most notably, the calculations used to price the annuities still relied on the assumption that purchasers would hover around the age of 50.

There was little consideration given to the idea that a younger person may purchase an annuity, and receive a substantially higher yield on their investment for the rest of their life.

The second factor, and perhaps more important was that the bankers could purchase annuities on other individuals by designating them as the ‘tête’ (nominee) in a contract.

“The flat-rate prices gave near-market yields on adults around the age of 50. Older adults were discriminated against by the flat-rate prices. To earn a higher yield, annuities had to be bought on the lives of children. There was no legal restriction on naming third parties as contingent lives.” — Velde and Weir 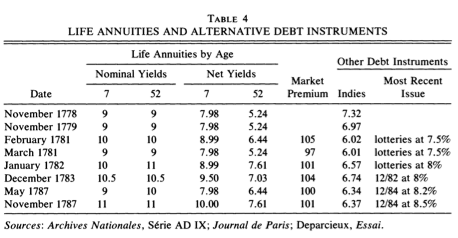 As the above table exhibits, life annuities on healthy children were the highest yielding investment in France. Operating out of their Paris office, a group of Genevan bankers purchased annuity contracts on young Genevan girls.

Buying an annuity on a single girl, however, was a risky investment. If she died, the banker’s stream of income immediately ended. To protect against this risk, the bankers set screens for sourcing the healthiest children and established a diversified portfolio of 30–50 annuities on these young girls.

In terms of screens, the bankers searched for girls that had survived smallpox and came from wealthy families that could afford quality healthcare. Each of these screens reduced the odds of premature death in their portfolio, and loss of income.

The newly securitized assets became so popular that banks even sold tranches of their annuity portfolios to investors:

“The Genevan banks purchased large amounts on each life to reduce transactions costs, but pooled together annuities on enough different lives to reduce the risk… The banks resold small fractions of their pools of annuities to individual investors and usually collected the annuity for them. They restructured the dividends into other packages, including tontines.” — Velde and Weir

This 18th-century vehicle was similar to a modern AAA rated security, as it was comprised of conservative (healthy), higher yielding loans that were securitized and offered to investors as a diversified tranche.

In fact, life annuities in France proved to be such a safe investment, that to this day the government pays out €1.20 annually on an annuity originating in the 18th century. 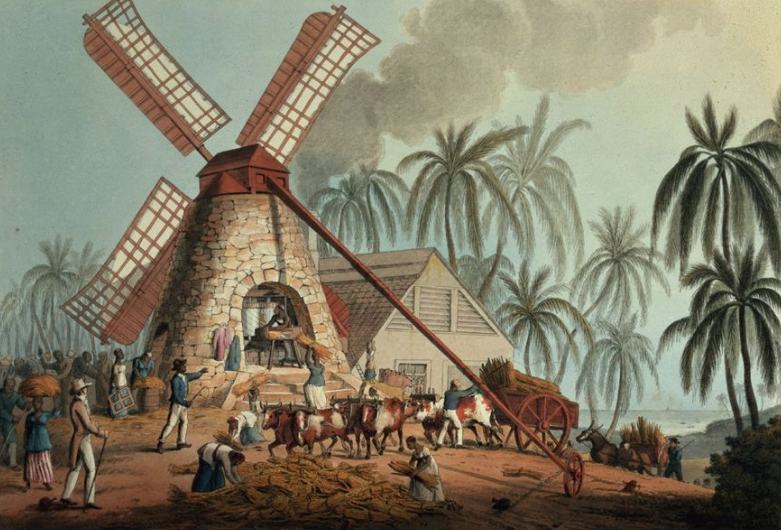 What was this new investment vehicle? The Plantation Loan.

“Bankers arranged a mortgage with a plantation owner, repackaged this into unit trusts, sold this on to investors and then received commodities from the plantation owners.”

In essence, the Dutch instrument was a pool of plantation mortgages that generated an income stream through commodities sold from the underlying plantations.

As long as commodities remained accessible and stable prices persisted, plantation loans were an attractive investment.

Predictably, investors were drawn to these juicy yields, and their popularity was evidenced by the 40% allocation that an early closed-end fund, Voordelig en Voorsigtig (“Profitable and Prudent”), held in its portfolio. 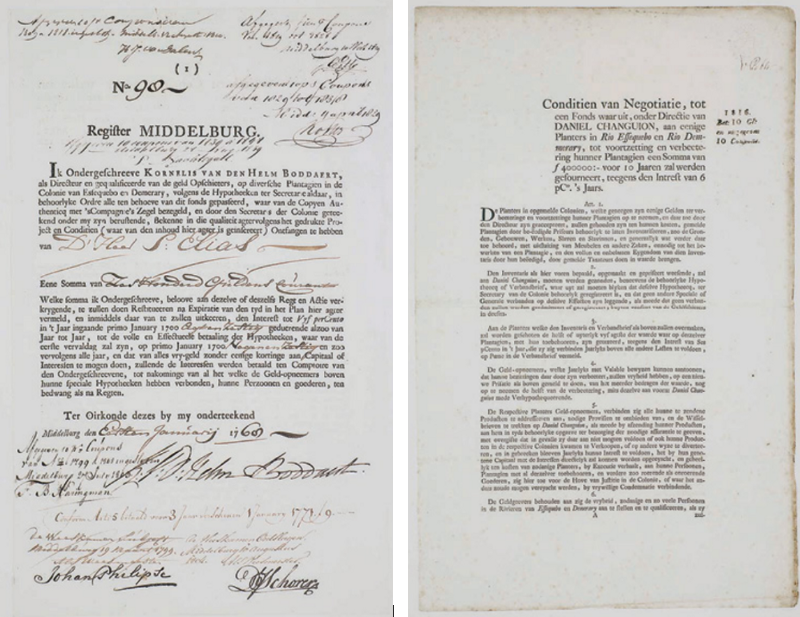 However, market conditions abruptly changed in the 1780s, and values of the underlying loans dropped:

“The outbreak of the Fourth Anglo-Dutch War…had disastrous consequences for the plantation loans the funds invested in. Most of them fell in price and investors had to accept lower coupon payments. The war obstructed the shipping of goods from the Surinamese plantations to Amsterdam, causing revenues to decline sharply.”

The fate of the plantation loan offers an important example on the risks of securitized assets. Although diversification can work to a certain extent, risk can never be fully eradicated.

Whether the underlying asset is a child’s life or a plantation in Surinamese, one lesson is clear: investors will always innovate in search of a higher return.

However, they will also try to avoid the increased risks associated with higher returns. As a result, we are left with the CLO, CDO, and similar vehicles holding diversified pools of riskier assets.

The key is to not convince yourself that diversification can eliminate risk. If the underlying asset in a securitized vehicle drops in value, so will the portfolio.

No matter how diversified.