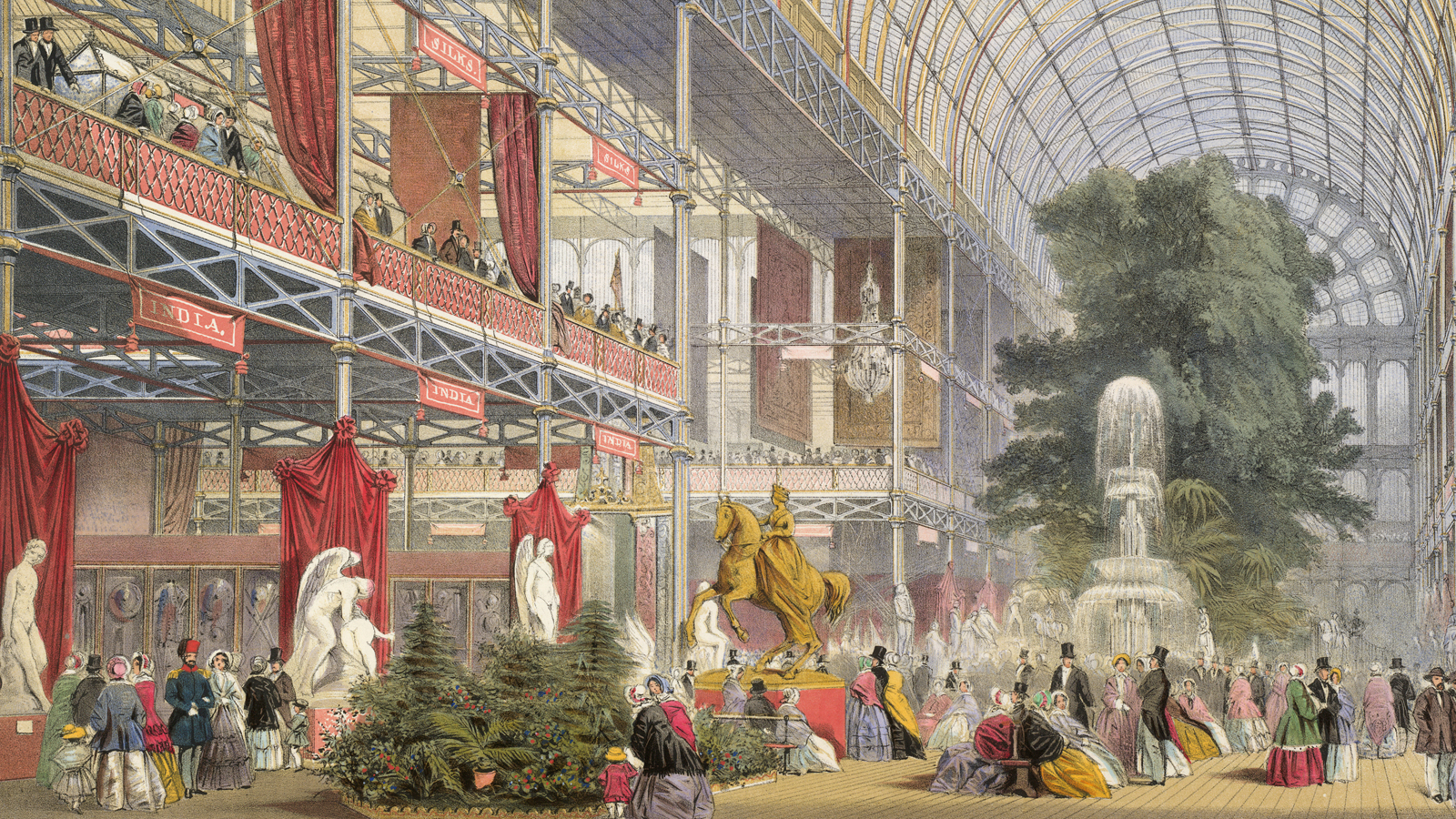 “In 1907, a financial crisis shook the world economy. The Panic of 1907 was marked by a series of bank runs, prompted by Otto Heinze’s failure to corner the market on the United Copper Company’s stock and the Knickerbocker Trust Company’s subsequent collapse. The banker and financier J. P. Morgan prevented the crisis from worsening by raising funds to help prop up struggling financial institutions.” 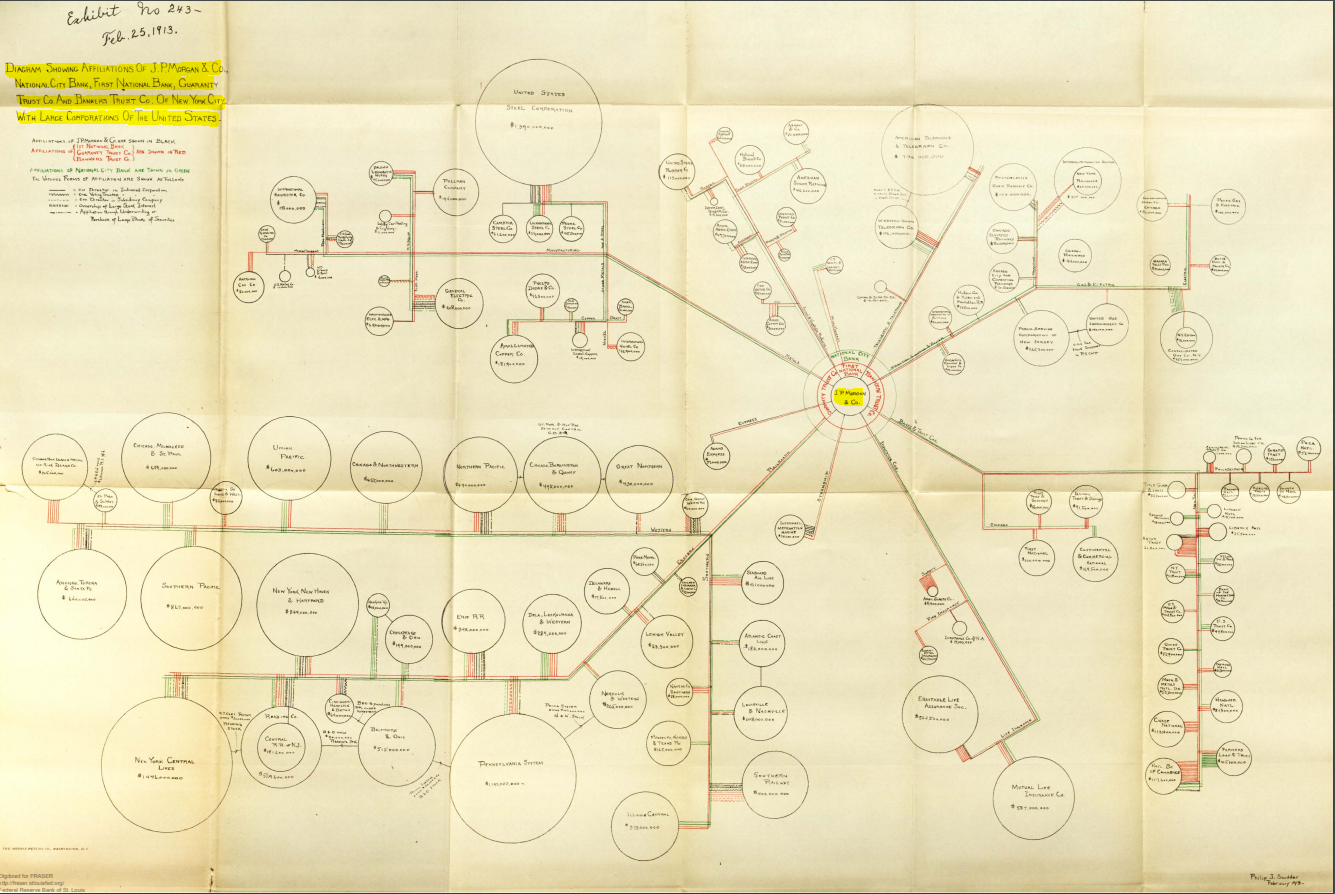 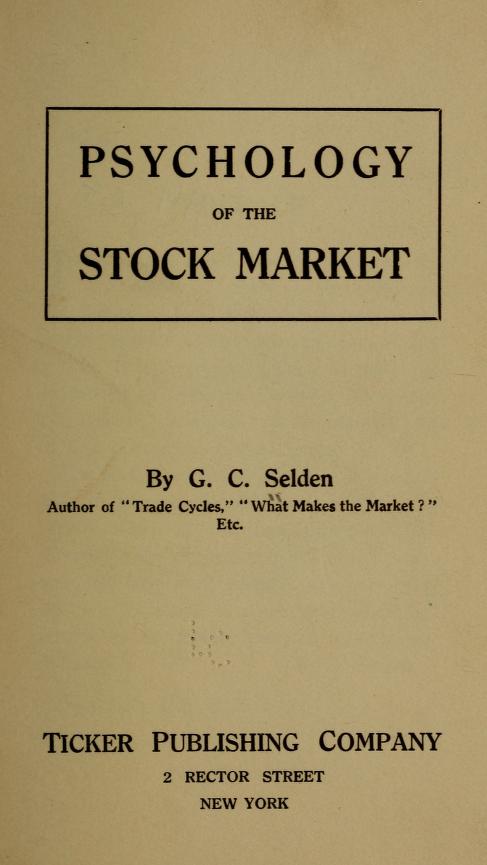 Psychology of the Stock Market (1912)

Despite all the facts, figures, and statistics… so much of the stock market comes down to human behavior. As my boss, Jim O’Shaughnessy likes to say, “human nature is the last arbitrage.”  Like last week, I recommend reading the table of contents, and reading the section that sounds most interesting to you. These primary sources, more than 100 years old, are an absolute treasure trove of insights and passages. Trust me, and take the time to read this:

‘MOST experienced professional traders in the stock market will readily admit that the minor fluctuations, amounting to perhaps five or ten dollars a share in the active speculative issues, are chiefly psychological. They result from varying attitudes of the public mind, or, more strictly, from the mental attitudes of those persons who are interested in the market at the time.’

Momentum, Echo and Predictability: Evidence from The London Stock Exchange (1820-1930) 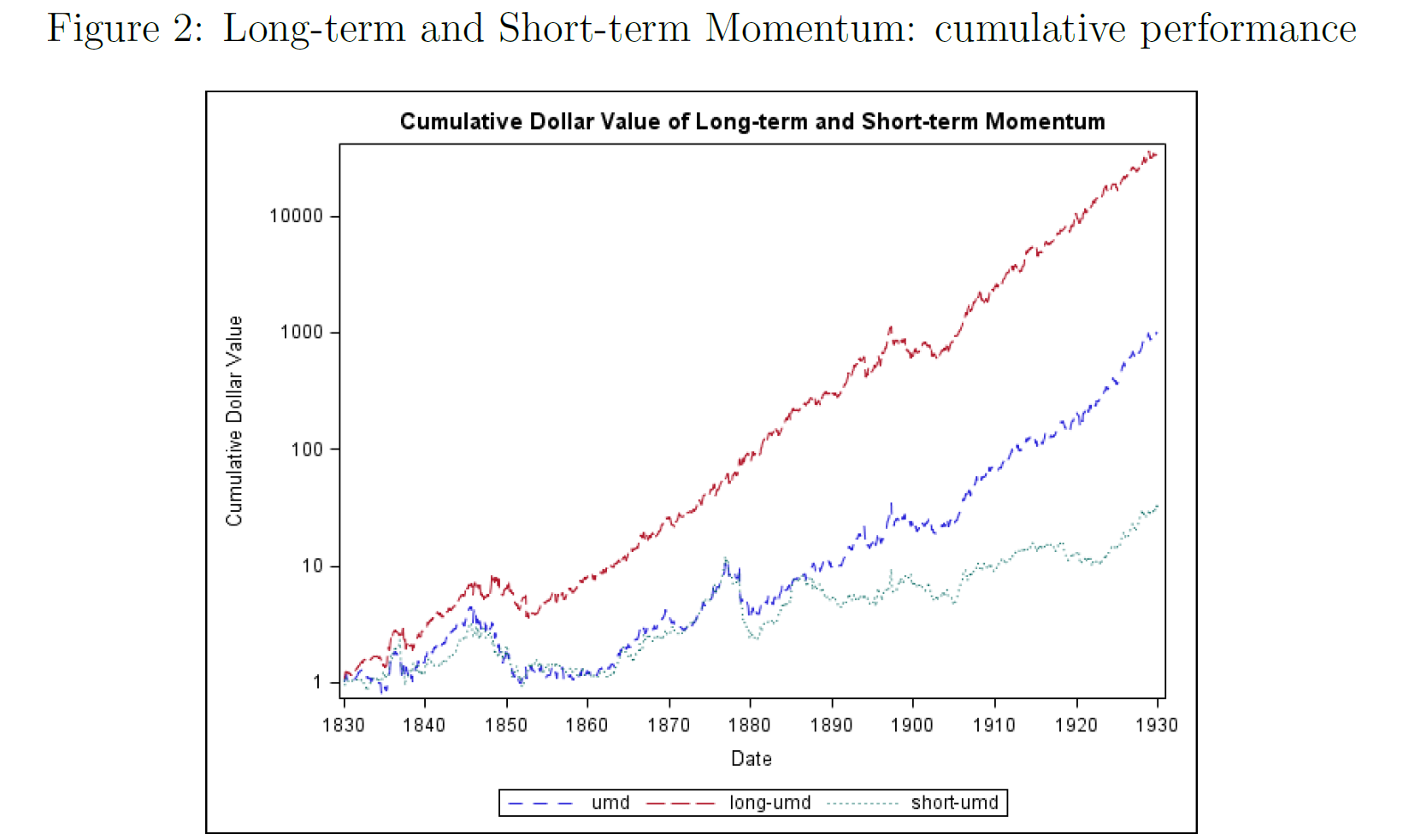 Using data from the first modern stock exchange in London, this paper studies the Momentum factor existent in British stocks between 1820- 1930. The paper concludes that:

“We conclude from our analysis that Fama-French factors – especially size and market – as well as momentum account for some of the cross-section variation in stocks since the earliest modern stock exchange was established, in London in the first half of the 19th century. Momentum is the most profitable factor, as well as the riskiest. Momentum returns resemble an echo: they are large for long-term formation periods of 12 to 7 months, while they vanish for shorter term formation periods.”

In one of the many interesting sections, the authors discuss a ‘Momentum Crash’ following the San Francisco Earthquake in 1906:

“Two of the four largest EW momentum crashes occur in 1906, in the months of July and December. These times, the crashes are more similar – although of lower magnitude – to those ensuing the Great Depression and the Great Recession. It all appears to start with the San Francisco earthquake of April 1906. The quake, of Richter magnitude 8.3, spurred a large number of res that destroyed four square miles of the city, or about half its size. The shock caused a market crash in both New York and London. The shock in London was severe mostly because British insurance companies had issued an estimated $87 million of policies in San Francisco and faced potential losses of $46 millions. As the LSE market tanked in the aftermath of the quake, the UMD portfolio naturally started selling high-beta stocks – in particular, shares of gold mining companies which during the gold standard were particularly pro-cyclical – and purchasing those low-beta stocks that suffered less from the shock’.”

If you really thought about it, you’d realize that the one thing missing in your life is a Financial History Picture Book…. right? Well, today is your lucky day. This ‘article’ is a collection of 128 pages of charts, graphs, tables, and all that you could ever want.

“This Chartbook provides a pictorial history, on a country-by-country basis, of debt and economic crises of various forms. The analysis, narrative, and illustrations in This Time is Different, were primarily organized around themes (serial default, inflation, etc.), although detailed tables in the book chronicled country-specific information on the dating, frequency, incidence, etc. of specific crises episodes by country.”

Here is one of my favorites: 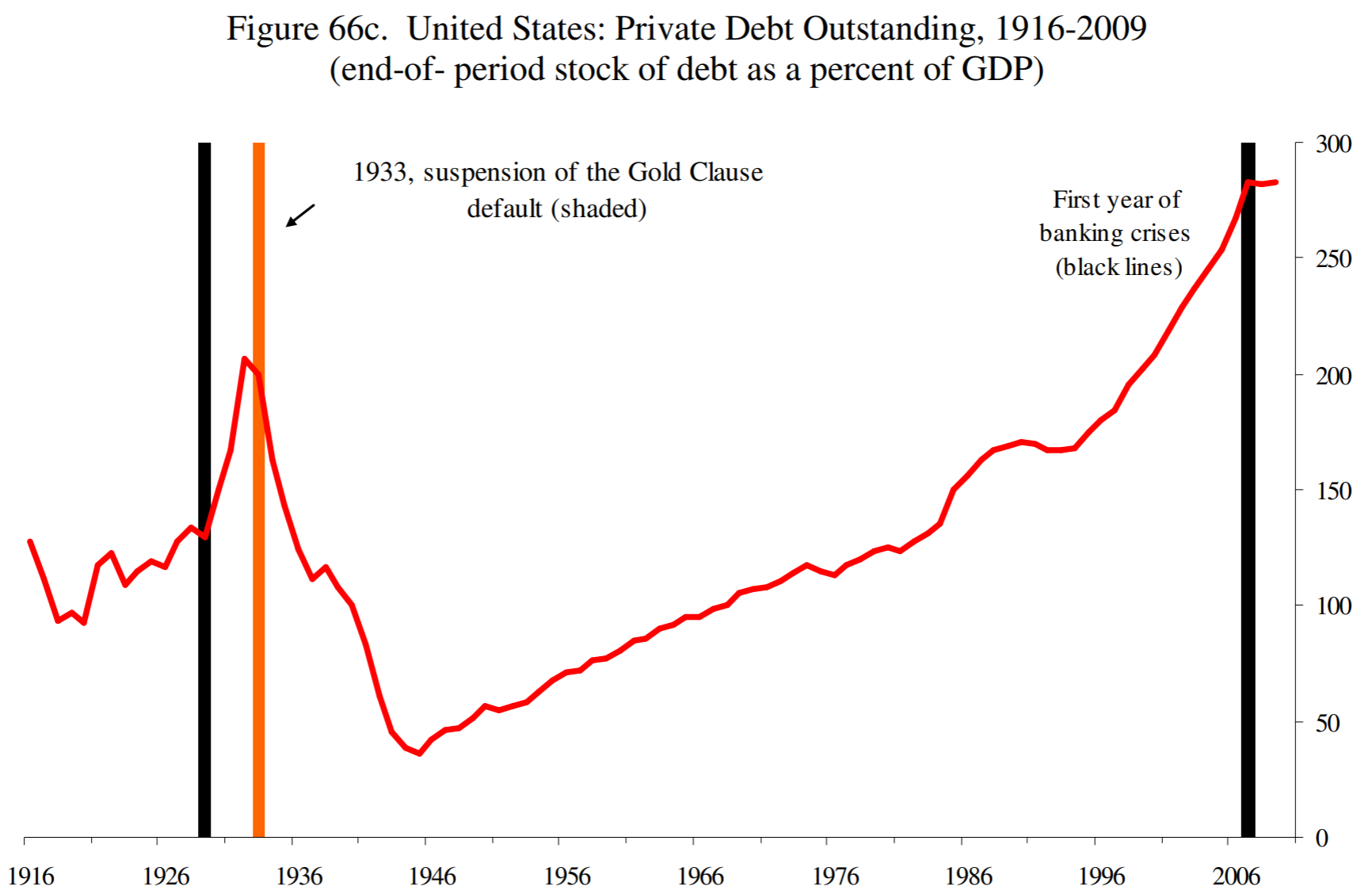 A Nation Of Gamblers: Real Estate Speculation And American History 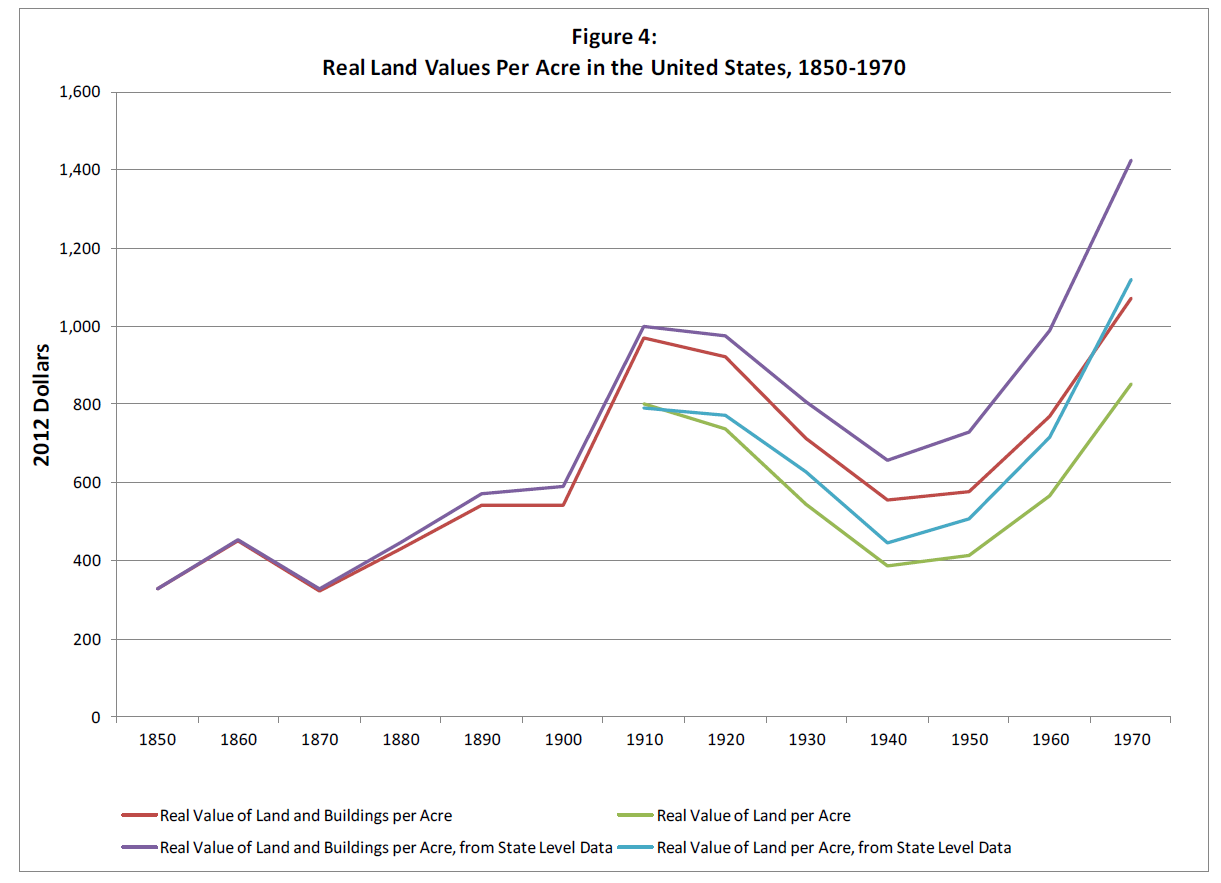 It should come as no surprise that America has always enjoyed dabbling in the art of speculation in Real Estate. While everyone remembers this playing out in 2008, what about the 18th century? Probably not.

This article covers the history of real estate speculation in the United States since the 18th century. At a high level,the author shares six key lessons across the 9 ‘episodes’ he studied:

Here are some of the examples covered: 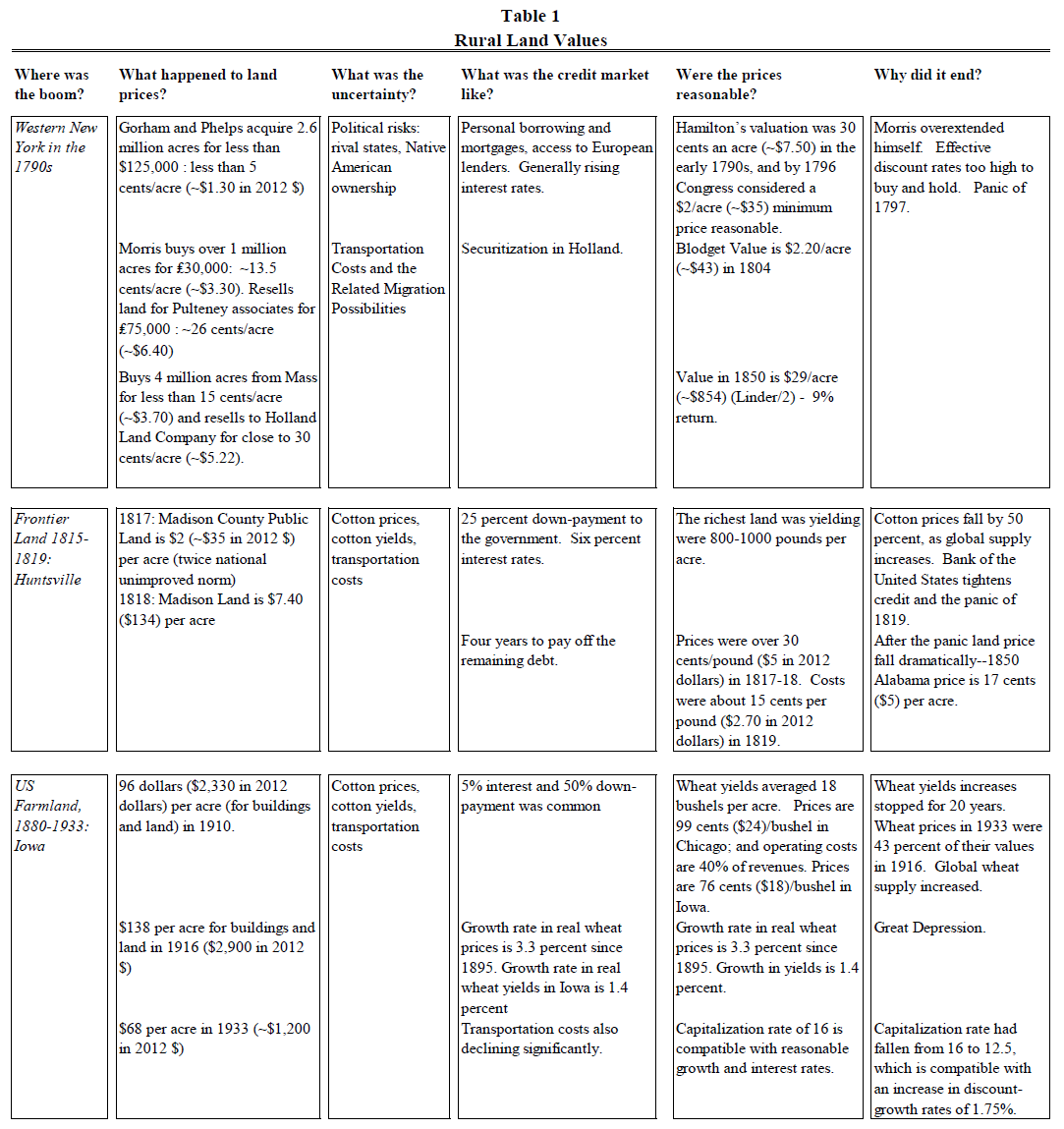 A Century of Evidence on Trend-Following Investing 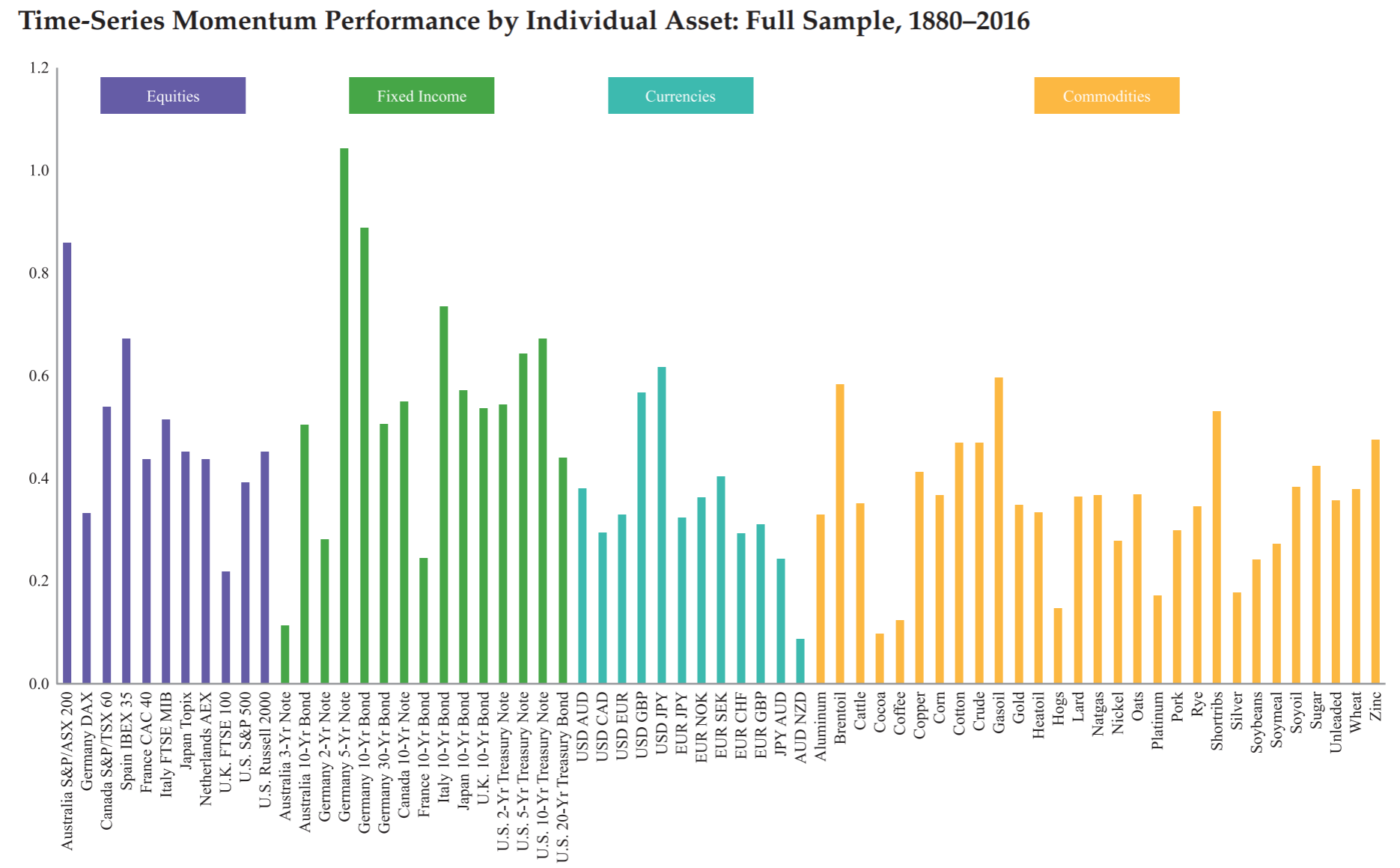 Trend following is a term that has grown in prominence over recent years, but is it just a ‘statistical fluke’? This paper from the team at AQR studies data stretching back more than a century to answer this question.

“Some 200 years ago, the classical economist David Ricardo’s imperative to ‘cut short your losses’ and ‘let your profits run on’ suggests an attention to trends. A century later, the legendary trader Jesse Livermore stated explicitly that the ‘big money was not in the individual fluctuations but in… sizing up the entire market and its trend.’

‘Trend-following investing has performed well in each decade for more than a century, as far back as we can get reliable data for several markets. Our analysis provides significant out-of-sample evidence across markets and asst classes beyond the substantial evidence already in the literature. Further, we find that a trend-following strategy performed relatively similarly across a variety of economic environments and provided a significant diversification benefits to a traditional allocation. This consistent long-term evidence suggests are pervasive features of global markets.’ 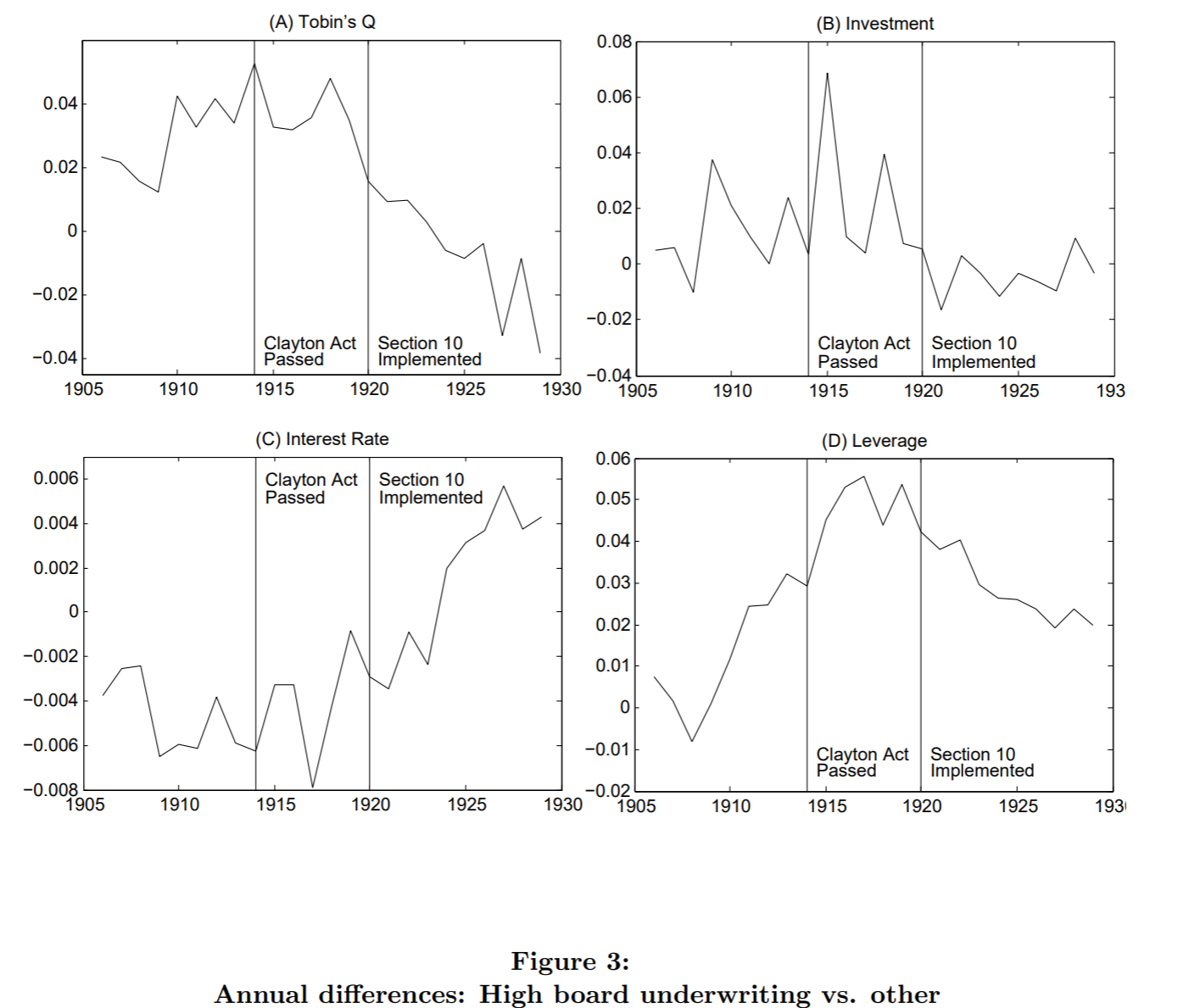 This paper is a fascinating look at unintended consequences, corporate risk, and valuations.

“The early twentieth century, securities underwriters commonly held directorships with American corporations; this was especially true for railroads, which were the largest enterprises of the era. Section 10 of the Clayton Act prohibited investment bankers from serving on the boards of railroads for which they underwrote securities. Following the implementation of Section 10 in 1921, we find that railroads that had maintained strong affiliations with their underwriters saw declines in their valuations, investment rates and leverage ratios, and increases in their costs of external funds. We perform falsification tests using data for industrial corporations, which were not subject to the prohibitions of Section 10, and find no differential effect of relationships with underwriters on these firms following 1921. Our results are consistent with the predictions of a simple model of underwriters on corporate boards acting as delegated monitors. Our findings also highlight the potential risks of unintended consequences from financial regulations.”