By Jamie Catherwood December 15, 2019 No Comments 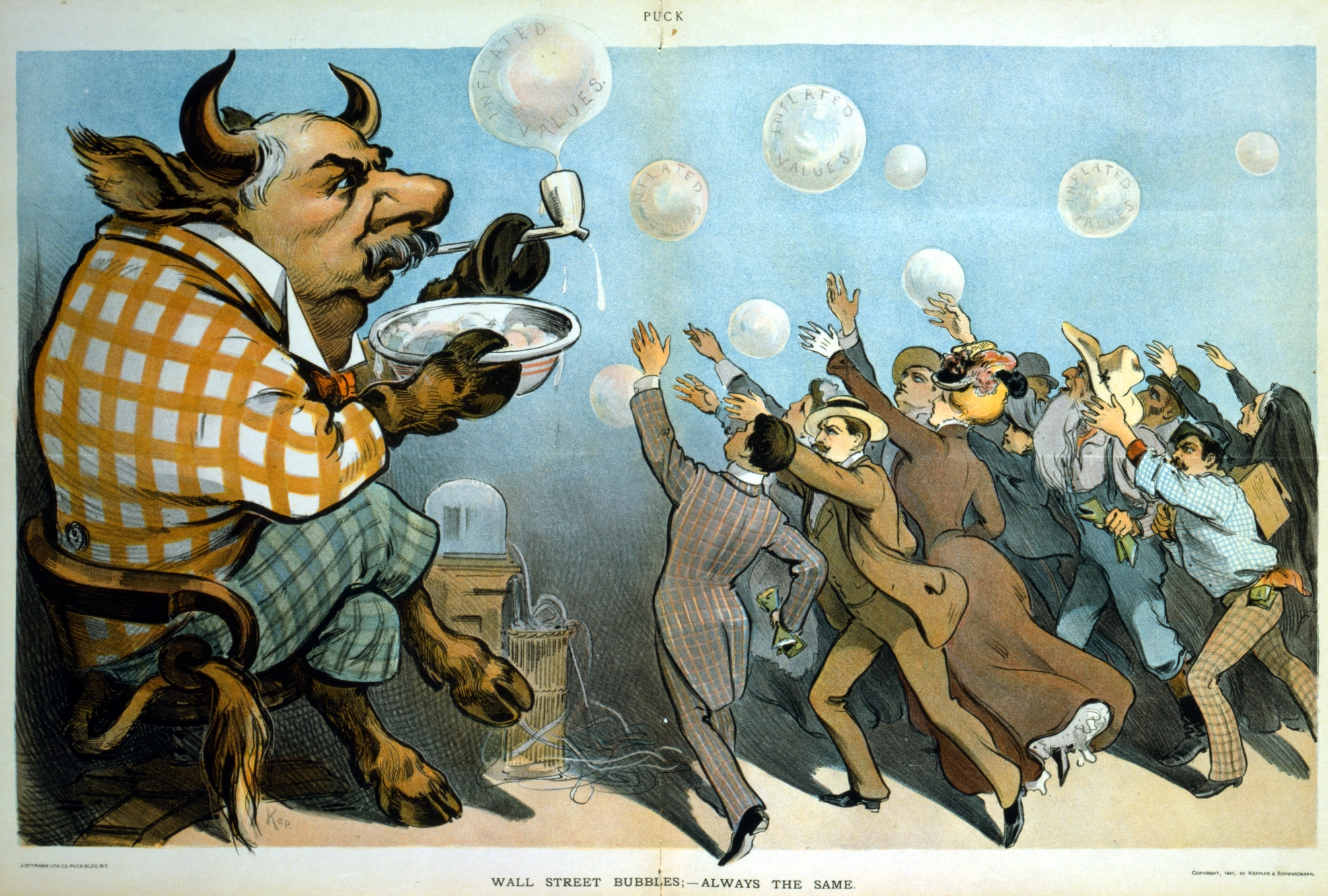 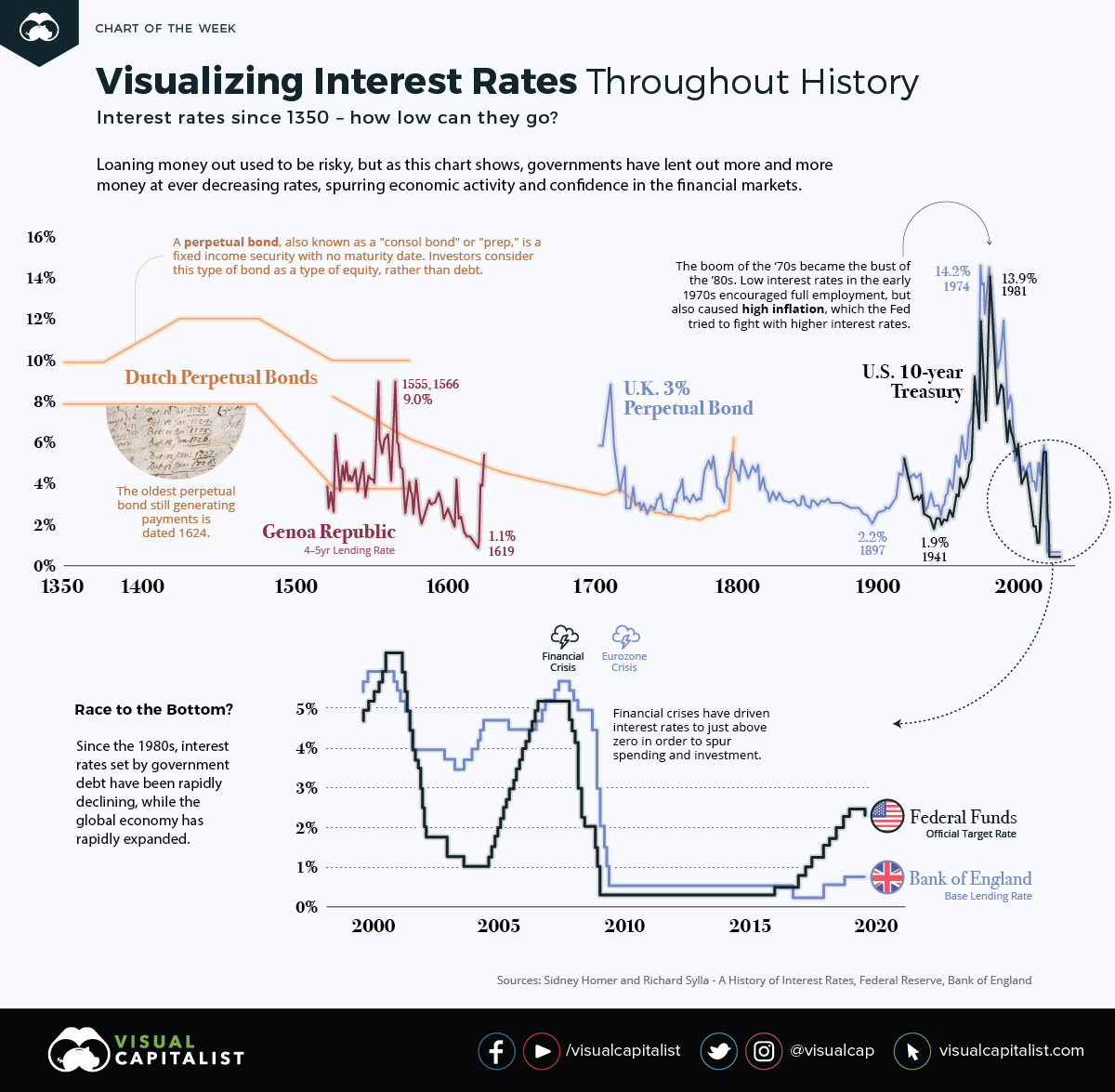 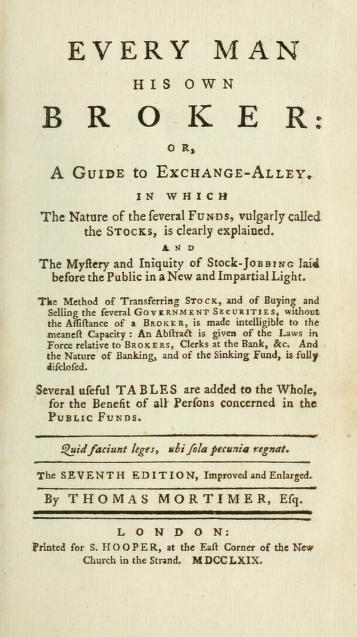 This book was one of the first popularized guides to investing in 18th century England. The Financial Times described the book as:

“It educates and flatters the reader at the same time, says the Finders Guide, offering the promise that a ‘secret world will be laid out for the reader. All they have to do is buy the book’.” 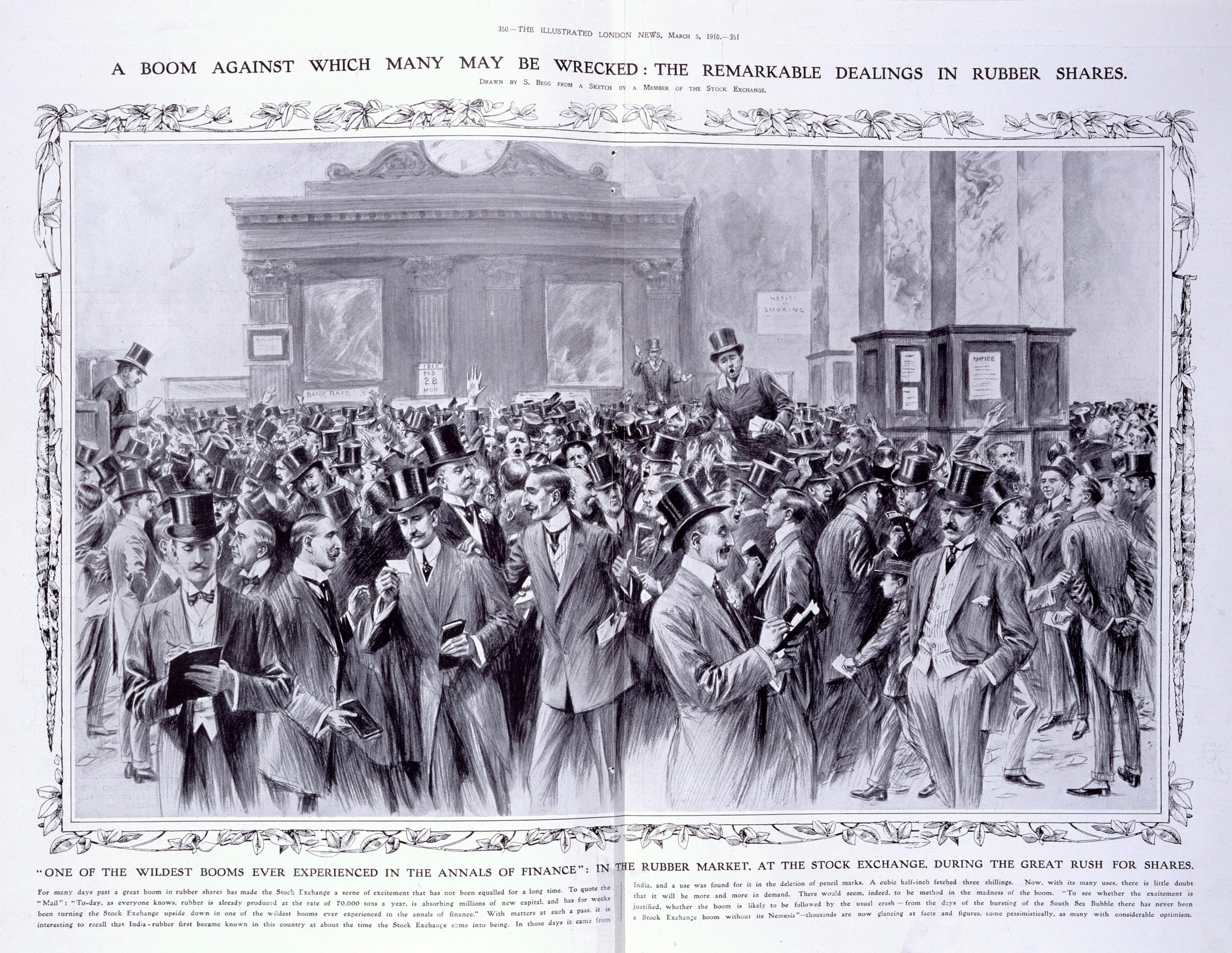 In the latest installment of my Factor Archives series, I provide historical context for why the momentum factor has existed for centuries, and will continue to do so.

“There are no certainties in investing, but one can be very confident that human nature will not be changing any time soon. Since shares first traded on the stock market in the 17th century, market participants and pundits recognized the fact that behavioral biases often cloud our investment decisions. Instead of simply recognizing this fact, however, investors can take advantage of these shortcomings to generate alpha through investment factors like Momentum.”

This article studies the Rubber Boom of 1910 as an example of the Momentum factor at work. What started out as a ‘justified boom’ in rubber companies’ shares quickly turned into a speculative mania as retail investors flooded the market, purchasing shares at increasingly higher prices. However, investors that had maintained a disciplined approach focused on buying companies at cheap valuations with good governance were able to reap the benefits of strong momentum in rubber shares. One outlet stated at the time:

“Now, with its many uses, there is little doubt that it will be more and more in demand. There would seem, indeed, to be method in the madness of the boom.“ 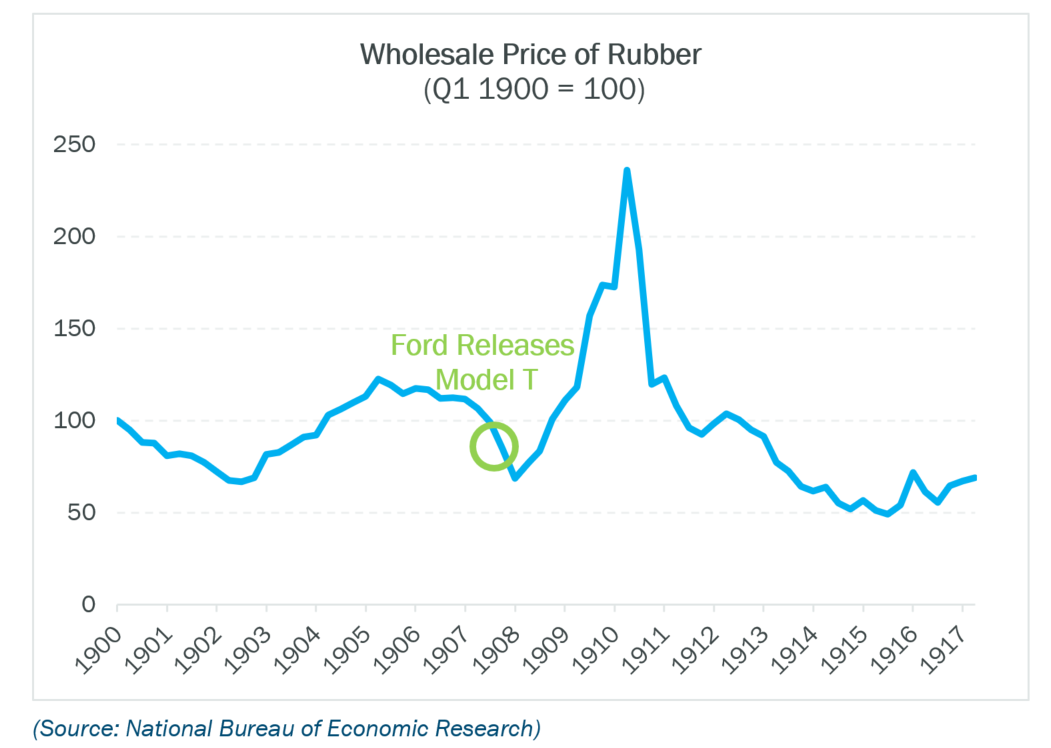 The persistence of Momentum is perhaps best exhibited by two articles issued by the same publication, over one hundred years apart:

“In 2011, The Economist described this gap as “the lag between beliefs and the new reality.” Over one hundred years earlier, in 1910, The Economist referred to it as “the point… at which prudent optimism ceases and is replaced by emotional enthusiasm.”’ 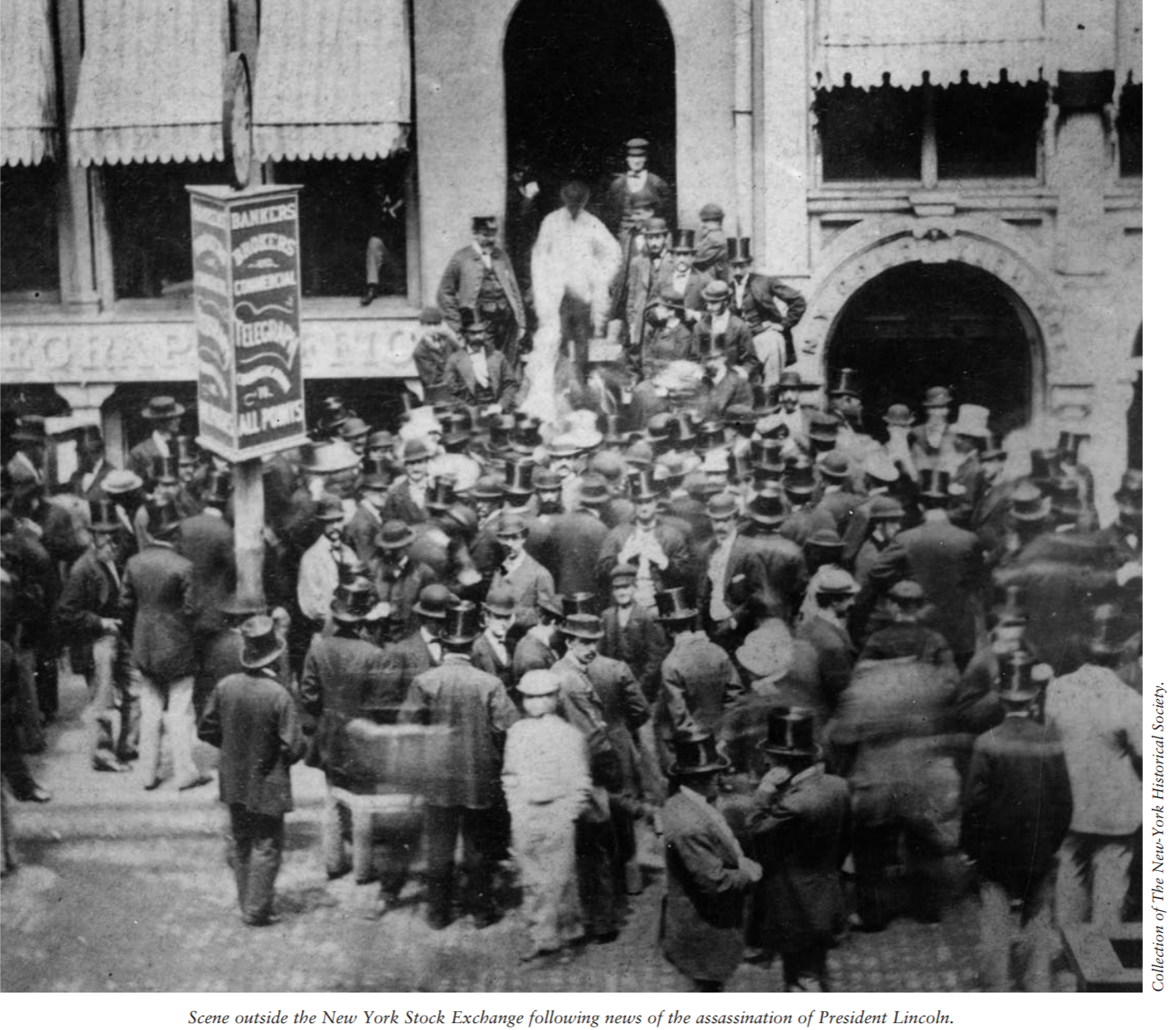 ‘Scene outside the New York Stock Exchange following news of the assassination of President Lincoln.’

Have you ever wondered how those in America’s most powerful office invest their money? Look no further! This piece breaks down the portfolio of President Abraham Lincoln himself.

“All told, he was worth $15,000 in savings, real estate and investments  hen elected to the presidency. While in office, Lincoln remained an investor. He invested his money in U.S. government securities, accumulating an extra $60,000 by the time of his death. However, this investment strategy was guided more by patriotism than profits. Almost all of this money came from investing his presidential salary. Lincoln was paid $25,000 per year, or a little over $2,000 per month. His pay checks were in the form of Treasury warrants, an early form of government check.”

As it turns out, President Lincoln was more focused on patriotism than profit when it came to investing:

“All told, Lincoln invested half of his Presidential income in U.S. government securities. He could have made more profit investing in the stock market or speculating in the price of  gold, but maximizing profit was not his goal. Instead, he wanted to put his money to work to insure the future of his family and his nation.”

Also, how is this for a fun fact?

“On April 7, 1866, Congress made it illegal for any living person to appear on government money or bonds of any kind. The law stands to this day, preventing the image of current and recent Presidents from appearing on the nation’s currency and coins.” 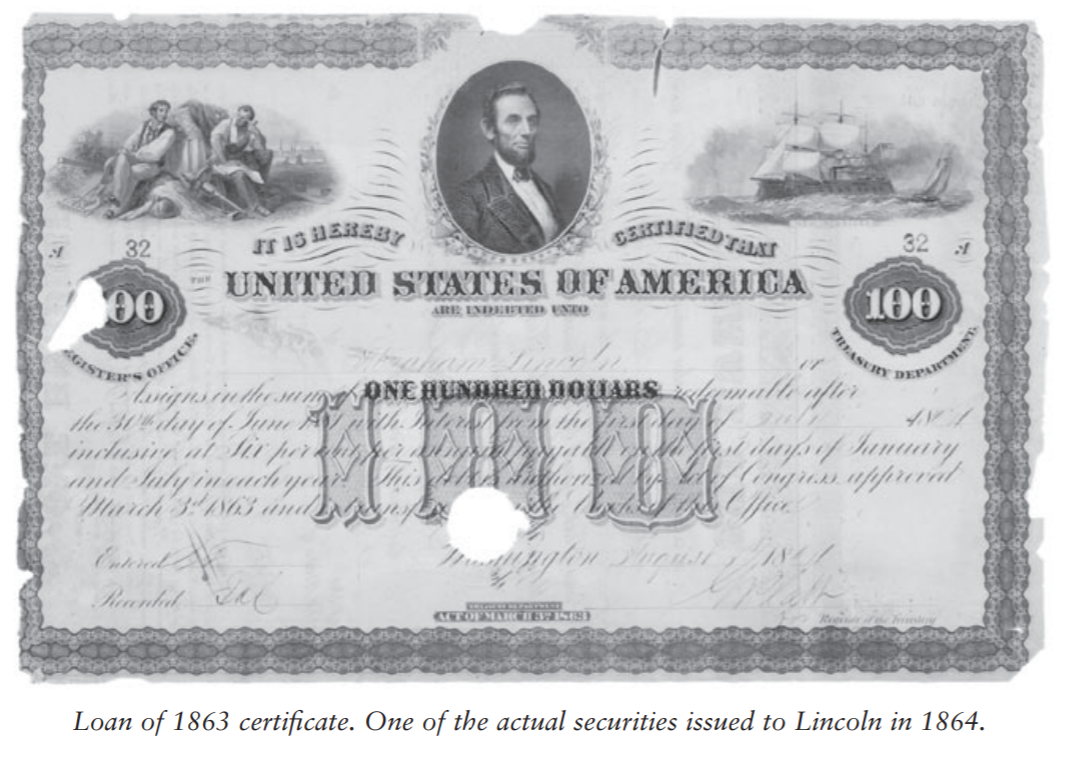 The First Commodity Futures Index of 1933 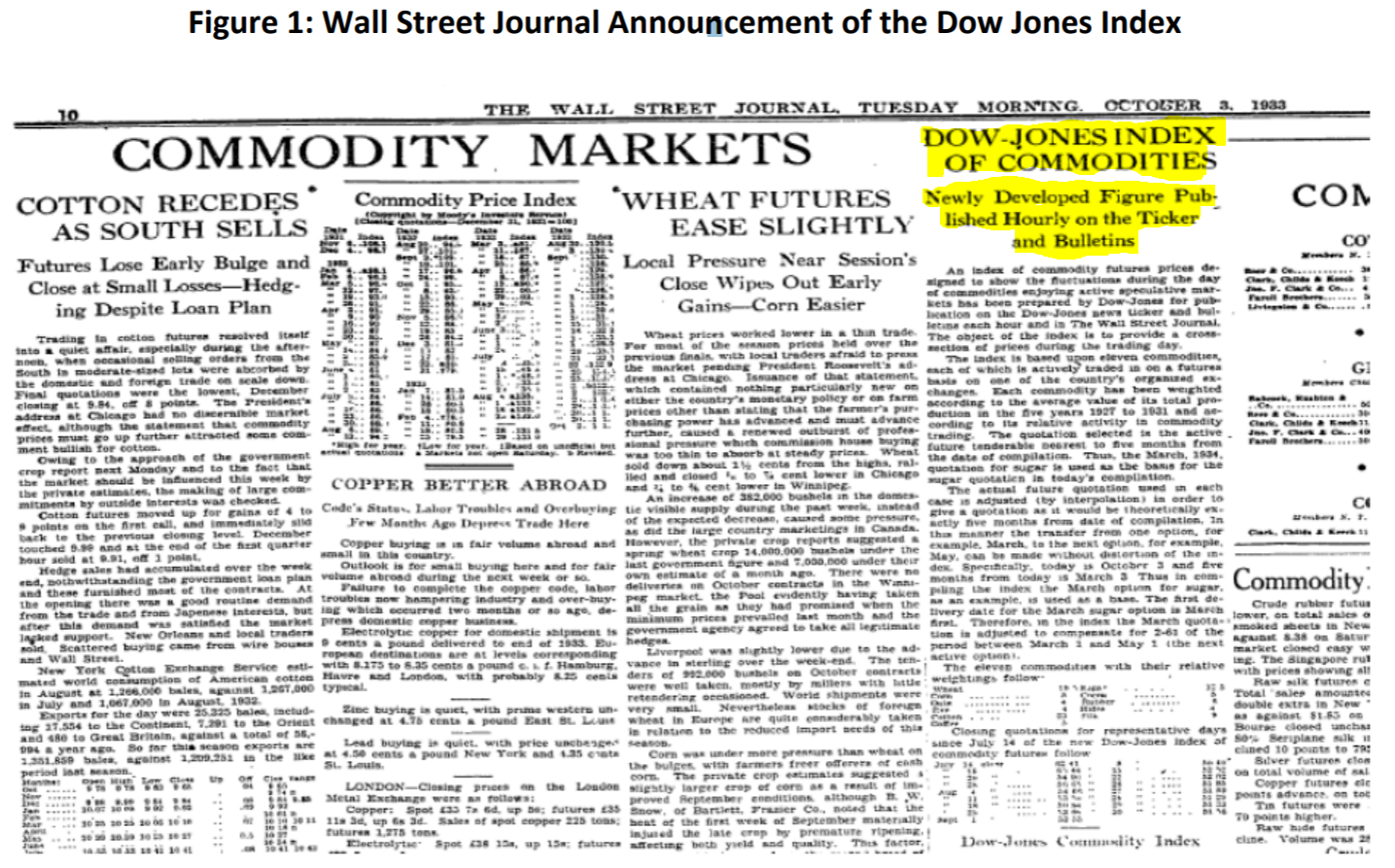 For all commodity traders, 1933 marks a standout year in the history of their business:

“Dow Jones announced the creation of an index of commodity futures prices on October 3, 1933. Figure 1 contains the Wall Street Journal article on the index creation date announcing the newly developed “Dow Jones Index of Commodities”. The index was calculated hourly and published on the Dow Jones news ticker and bulletins. It was based on the prices of eleven actively traded commodity futures.”

“We document the properties of the first commodity futures index, the Dow Jones Commodity Futures Index, and use it as a historical laboratory experiment to study the pricing of  commodity futures. Despite the setbacks posed by contract failure and trading suspensions of index constituents, the index earned a risk premium of 3.7% per year between 1933 and 1998. The index exhibits time‐varying correlations with equities that are higher around economic downturns, and a correlation with inflation that are positive and exceed those of traditional assets.” 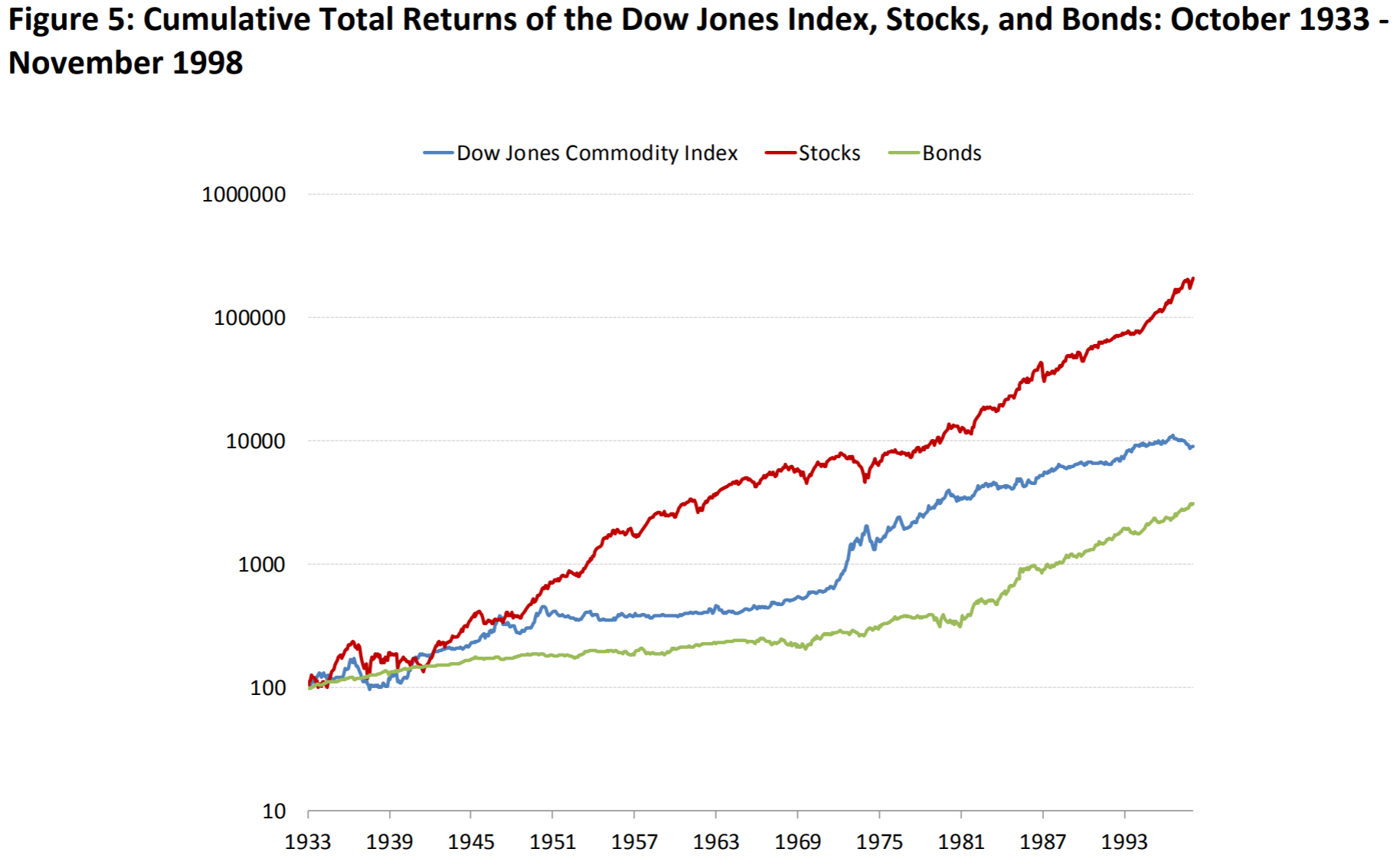 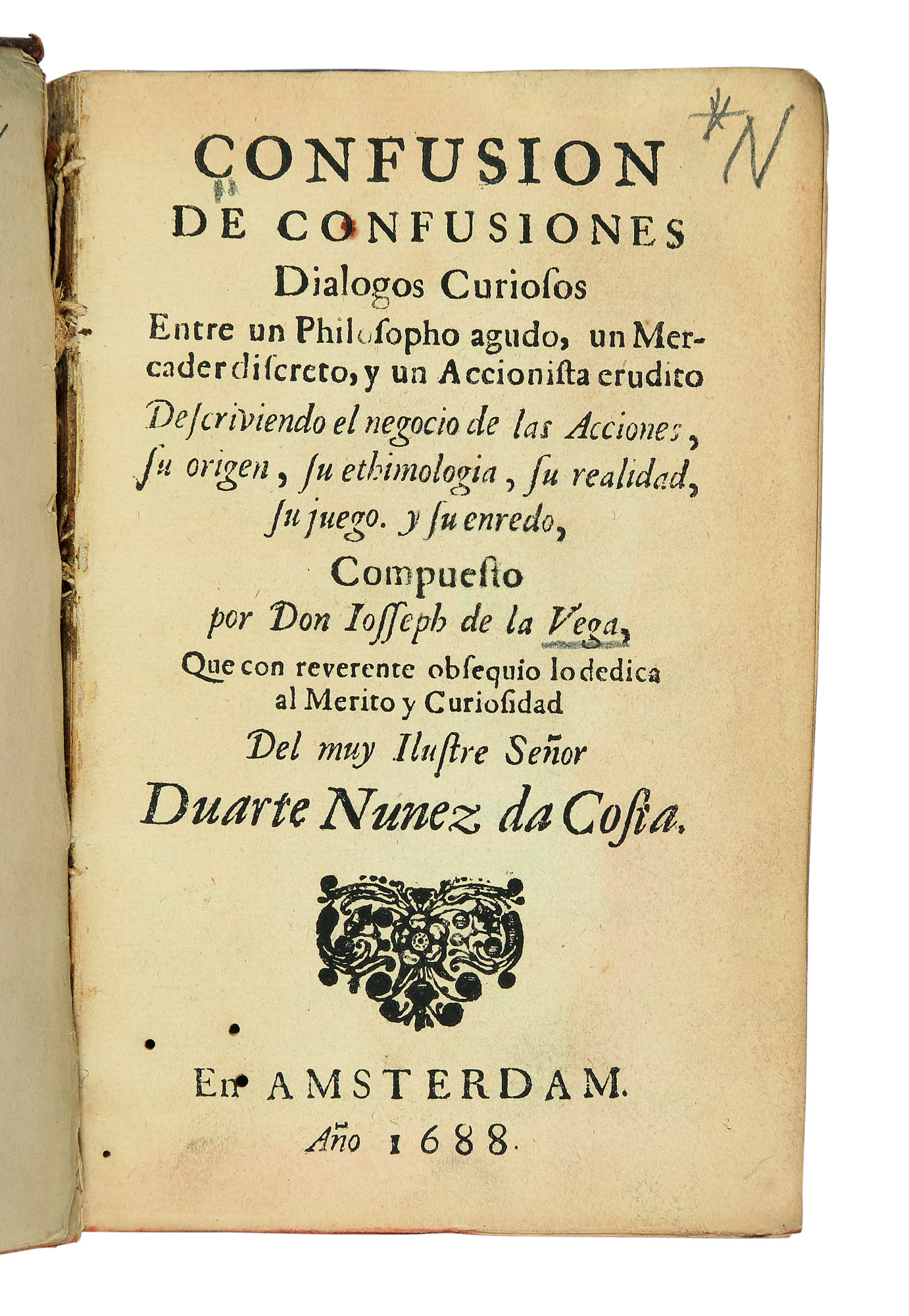 In October 2018, I recorded an episode of what I planned to be a new financial history podcast. In this episode with Jim O’Shaughnessy, I discuss the first ever behavioral finance book, which was written in 1688: Confusions de Confusiones. The conversation focuses heavily on human nature, behavioral biases, and why arbitraging human nature is the last sustainable edge.

Here is a link to the book: Confusions de Confusiones

“Over the period 1875 to 1997, using the yield curve helps forecast real growth. Using both the level and slope of the curve improves forecasts more than using either variable alone. Forecast performance changes over time and depends somewhat on whether recursive or rolling out of sample regressions are used.”