By Jamie Catherwood January 26, 2020 No Comments 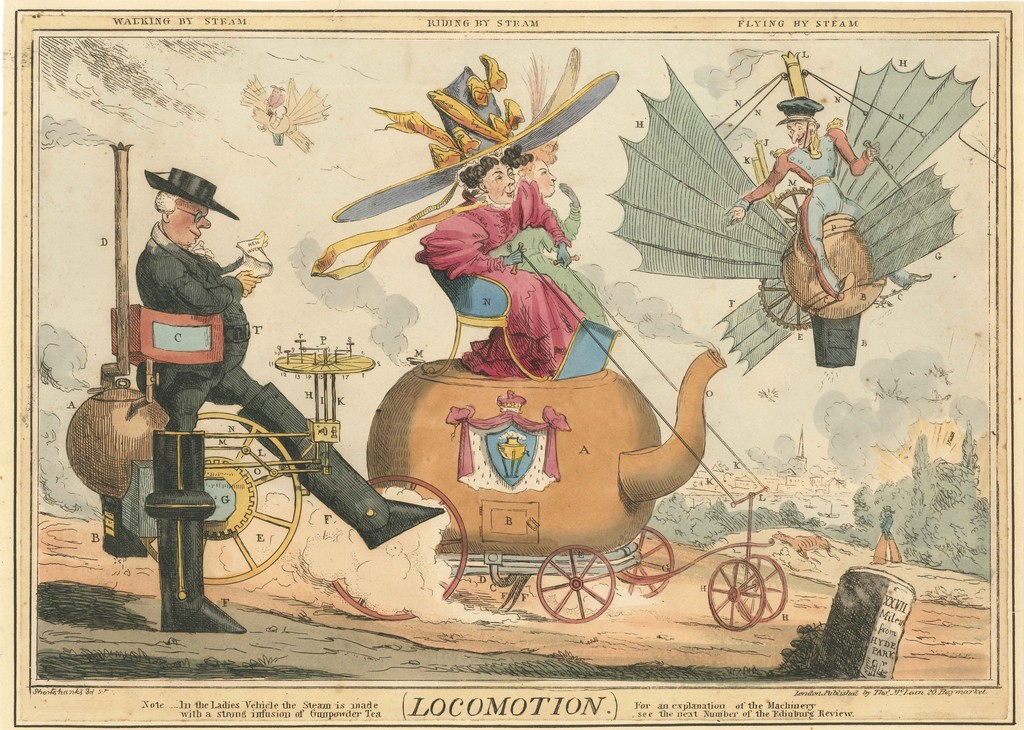 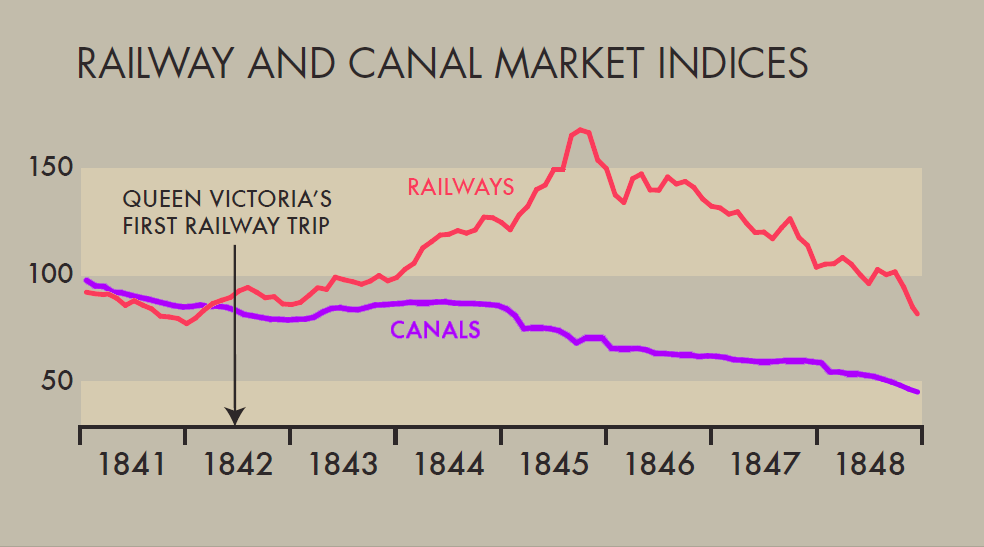 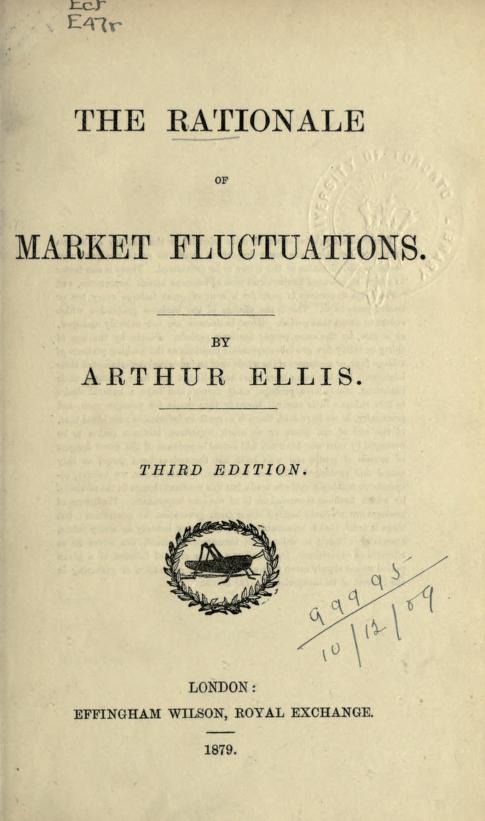 The Rationale of Market Fluctuations (1876)

As investors living in 2020, it may feel like the crossover between finance and technology is closer than ever before. I mean, we’ve even smushed together an abbreviated term for it: FinTech. Across every facet of the financial industry, technology and software are growing in importance. Continuing the recent thematic trend for Financial History: Sunday Reads, this edition breaks down the historical relationship between Technology and Markets by looking at some of the major events and themes. Enjoy!

Also, for anyone looking to learn more about the history of investing in new technologies, this is the must-read book:

Engines That Move Markets: Technology Investing from Railroads to the Internet and Beyond 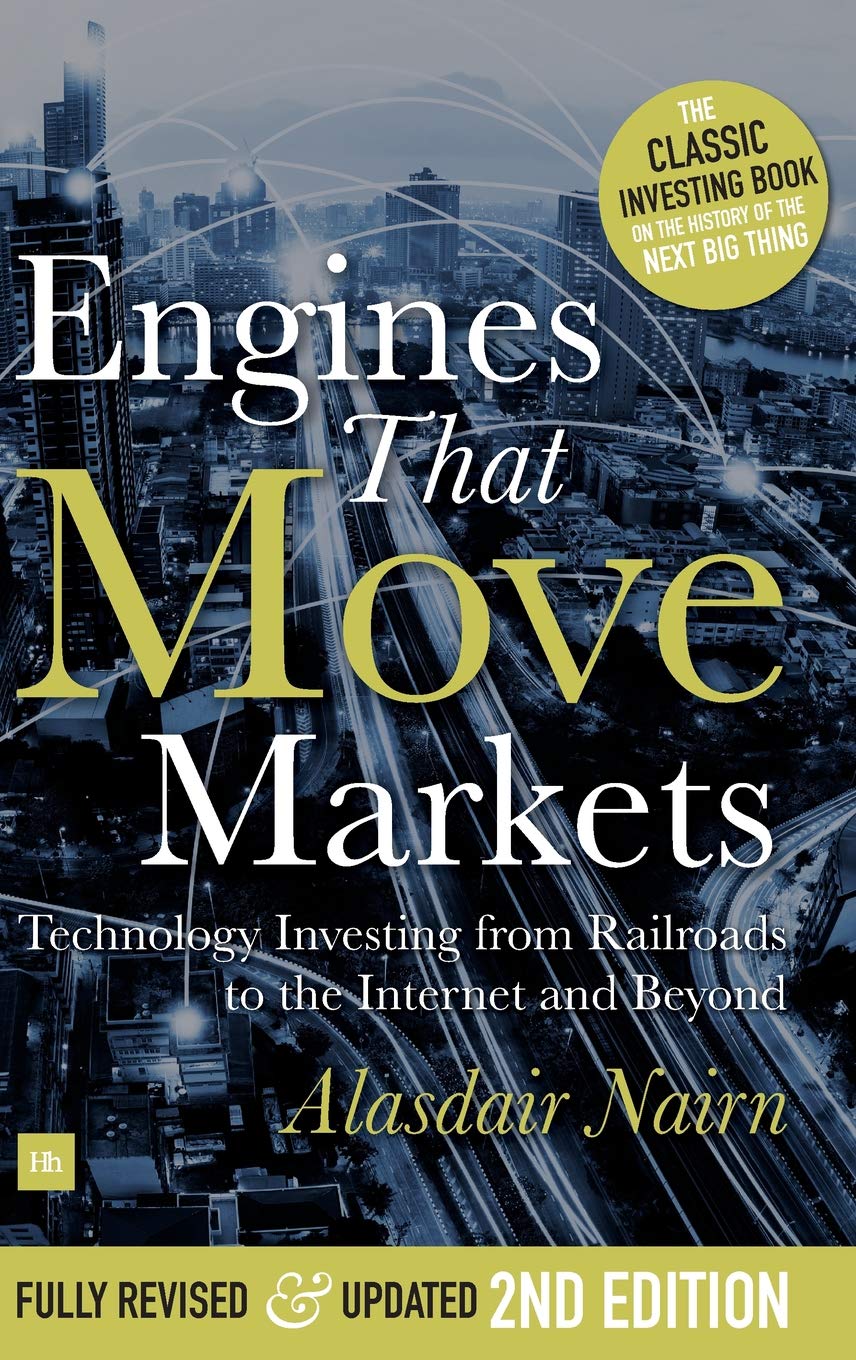 Collective Hallucinations and Inefficient Markets: The British Railway Mania of the 1840s 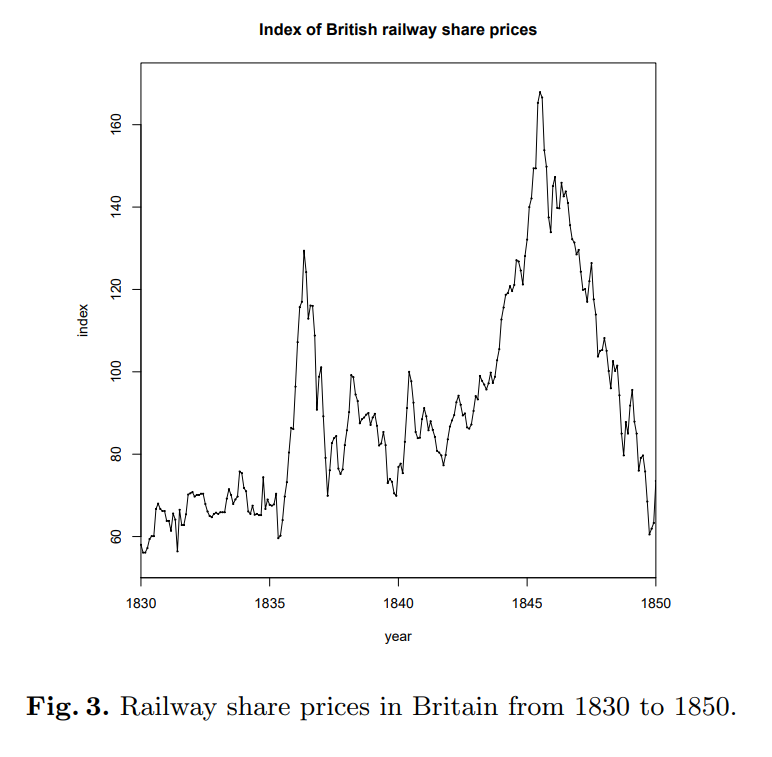 The British Railway Mania is an excellent example of how the excitement surrounding a technological innovation can quickly morph into a speculative mania and inevitable bust. Additionally, it highlights a repetitive theme in tech-related manias: during the boom times, new infrastructure and frameworks are laid that benefit society even after the speculative bubble bursts. The railway networks in the 1840s and fiber optic cables / online browsers following the Dot Com boom in 1999 are perfect examples.

Professor Andrew Odlyzko is an expert on the British Railway Mania, and his many articles can be found on his website. This particular piece, however, is by far his most in-depth look at one of the most well-known technological booms in history.

“The British Railway Mania of the 1840s was by many measures the greatest technology mania in history, and its collapse was one of the greatest financial crashes… There were trustworthy quantitative measures to show investors (who included Charles Darwin, John Stuart Mill, and the Bronte sisters) that there would not be enough demand for railway transport to provide the expected revenues and profits. But the power of the revolutionary new technology, assisted by artful manipulation of public perception by interested parties, induced a collective hallucination that made investors ignore such considerations… The delusions that led to the financial disaster of the Railway Mania arose from experience with the railway mania of the mid-1830s. Seldom even mentioned in the literature, it was about half the size of the big Railway Mania of the 1840s (and thus still far larger than the Internet bubble)…. That mania demonstrates the difficulty in identifying bubbles that are truly irrational. Both railway manias provide a variety of other lessons about the interaction of technology and financial markets.” 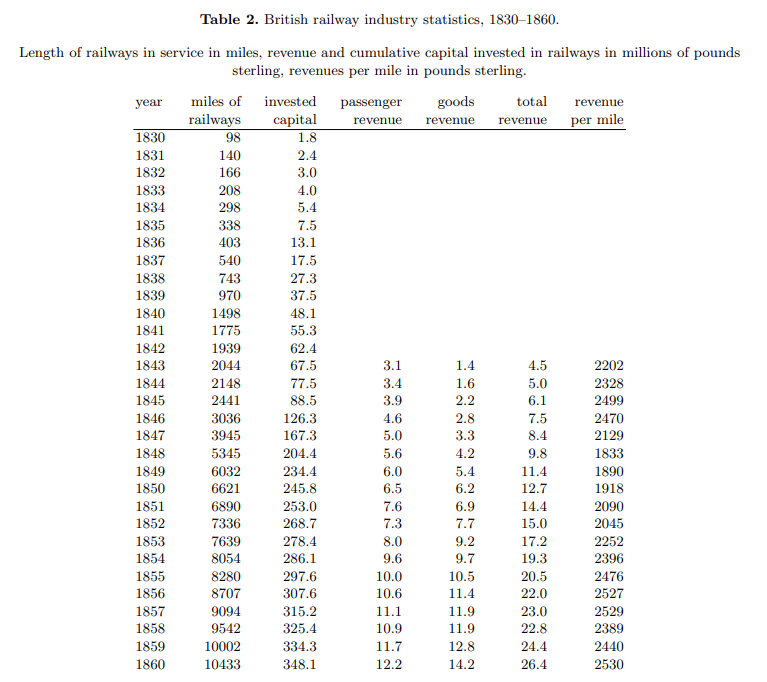 For an equally interesting, but much shorter article on Railway Mania, this piece from Winton Capital is an excellent read. It is laughable to think about now, but there were serious concerns when the steam engine when first introduced:

“When steam engines ﬁrst appeared in the 1820s, they were met with widespread hostility. It was feared that they would prevent hens from laying eggs and cattle from grazing, that their noxious fumes would blacken the ﬂeeces of sheep, and that passengers travelling at breakneck speeds of 12.5 mph would be atomised. Landowners were also concerned that locomotives would shatter the tranquillity of their estates and injure land values.”

After Queen Victoria’s first railway trip in 1842, however, speculation exploded:

When the crash inevitably came, it was brutal. By 1850, railway shares had lost half their market value. The chart below shows the results for Great Western, one of the larger operators: 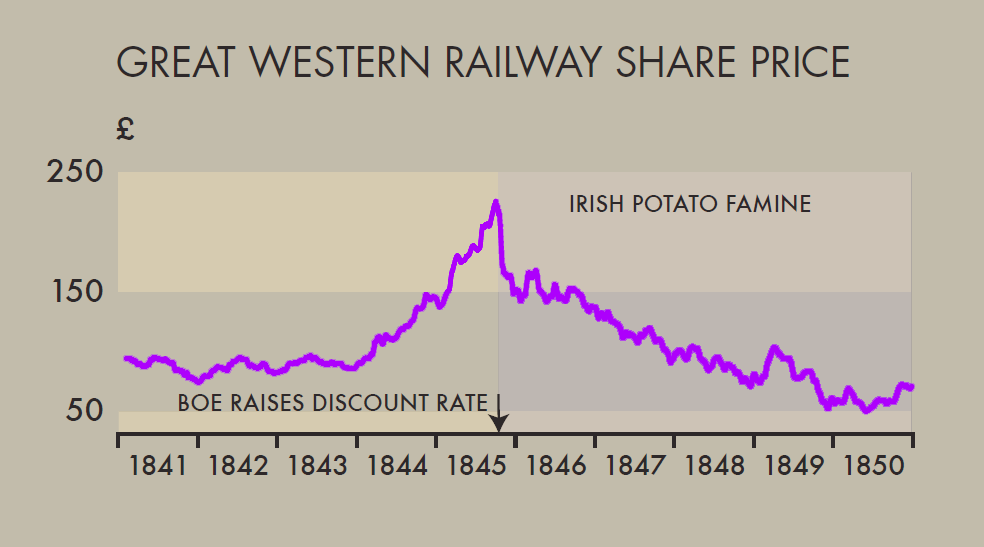 The War Between Henry Ford and the Dodge Brothers 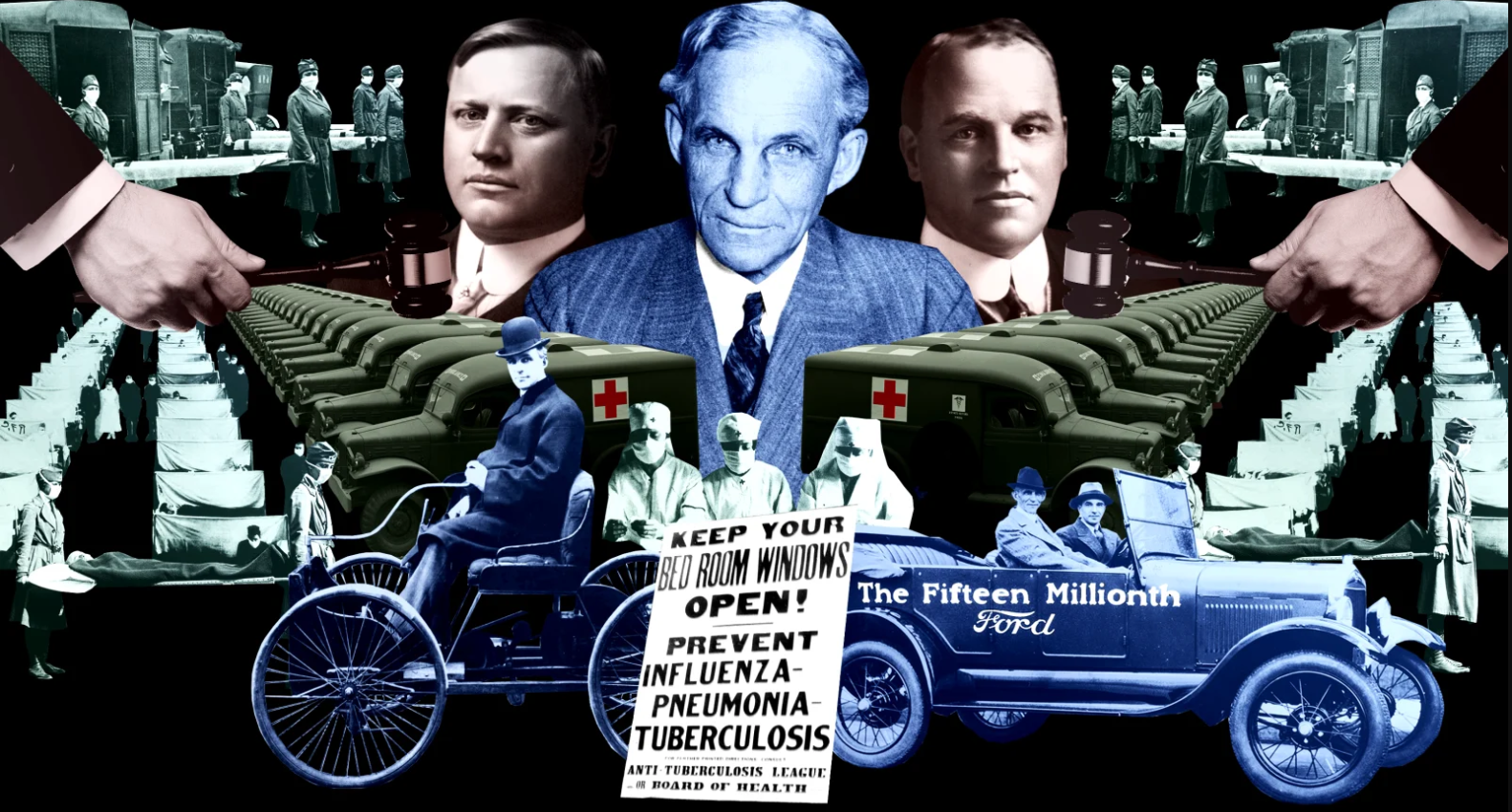 With any new revolutionary technology, comes intense competition. When one thinks of the greatest business battles in history, the early Ford vs. Dodge years have to be up there. After the introduction of the automobile, competition was fierce. This article dives into the bar fights, lawsuits, and accusations of poisoning that plagued this bitter rivalry. This excerpt should give you a sense of how aggressive the situation became:

“The brothers came up from working class roots, the sons of a machinist and seamstress, but by the time the brothers attended Edsel Ford’s wedding they were incredibly wealthy men with the second most successful car company in America in their own name—and a 10 percent stake in the Ford Motor Company. On that chilly joyous day in Detroit, John and Horace celebrated the wedding of the heir-apparent with Henry Ford and his family.

The very next day, they sued him.” 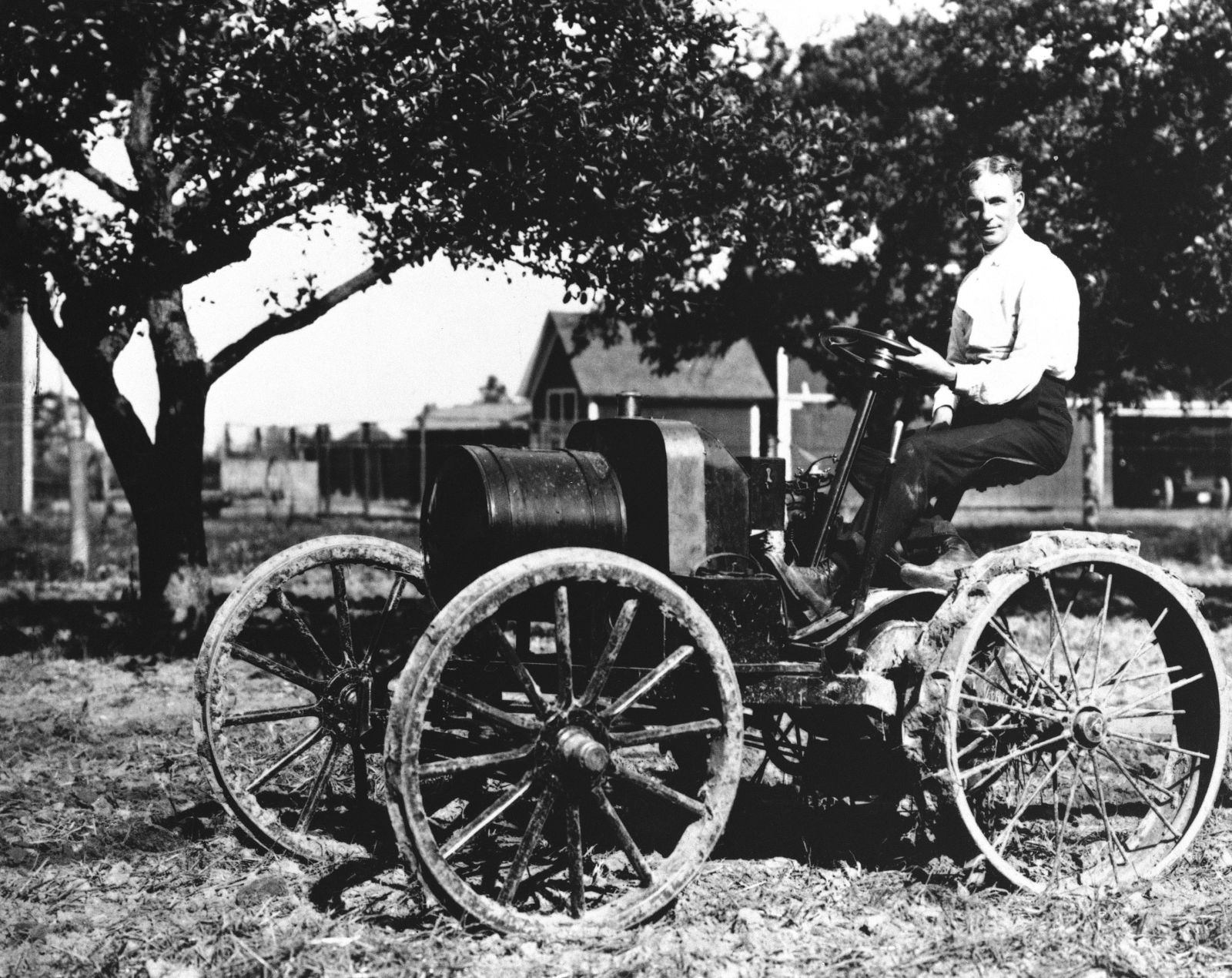 How do factors like Value and Growth perform during technological revolutions, you may ask? OSAM Co-CIO Chris Meredith’s wrote this fascinating paper answering just this question in July.  Using the concept of ‘Growth Regimes’ put forward by Carlota Perez, his paper looks at how Value performs in various stages of these growth regimes. 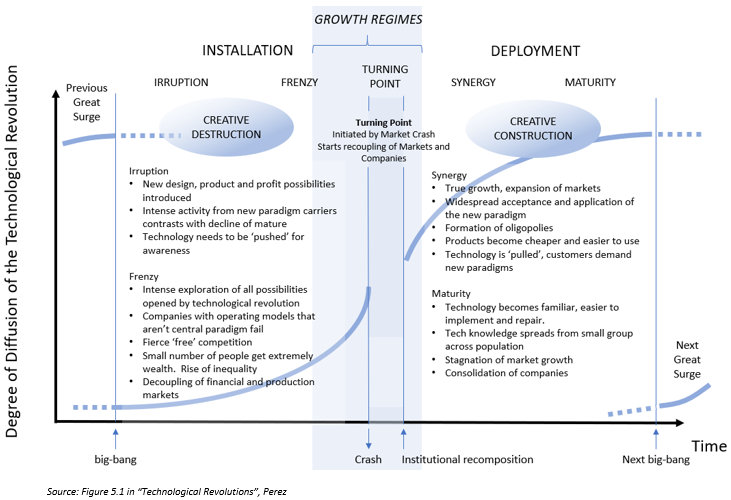 “In her work ‘Technological Revolutions and Financial Capital’, Carlota Perez identifies the phases of a revolution as two halves: the Installation phase and Deployment phase.

In the Installation phase of a new Technological Revolution, the previous revolution is nearing exhaustion of profitable opportunities. Then, through experimentation new social and economic norms are established for the utilization of ideas. As these concepts take shape and the form factor for utilization is established, people see the potential growth and infrastructure is laid for their widespread adoption. This Installation phase is one of creative destruction, as the new standards replace those from preceding revolutions. It is a period where wealth becomes skewed as innovators are rewarded.

As the new technology shifts to becoming the new norm, the Deployment phase begins. It takes advantage of the infrastructure laid in the Installation phase and expands to broad societal acceptance. This begins with a high growth phase, where real growth occurs, and the technological revolution diffuses across the whole economy. Entrepreneurial activity moves from building infrastructure to the application layer on top. This is a time of creative construction. Winners emerge to form oligopolies, and this growth eventually slows to the Maturity phase, where market growth stagnates.”

The main takeaway from this article is that Value underperforms in the Installation Phase, but outperforms after the Turning Point, as the cycle enters the Deployment Phase.

Advances in Communication Technology and Growth of the American Over-the-Counter Markets, 1876–1929

Technology has a habit of promoting speculation by making it easier to dabble in the markets. Particularly when that technology is related to communications, the focus of this paper:

“The rapid development of the nationwide telephone network following the expiration of the Bell patents in 1894, along with expansion of private wire telegraph networks, created the “nerve center” necessary for rapid growth in the decentralized, dealer-intermediated, over-the-counter security markets. Using membership roles from the National Quotation Bureau—the predecessor of the NASDAQ—I link growth in the number of dealers to the expansion of these communication networks prior to World War I. Moreover, trading activity on the organized stock exchanges fell during this period, suggesting that these technologies provided a competitive advantage to the over-the-counter markets.”

Just look at the growth in the number of telephones and dealers in The National Quotation Bureau Network below:

I discussed this topic on Bloomberg TV back in July, which you can watch here.

The Origins of High-Tech Venture Investing in America 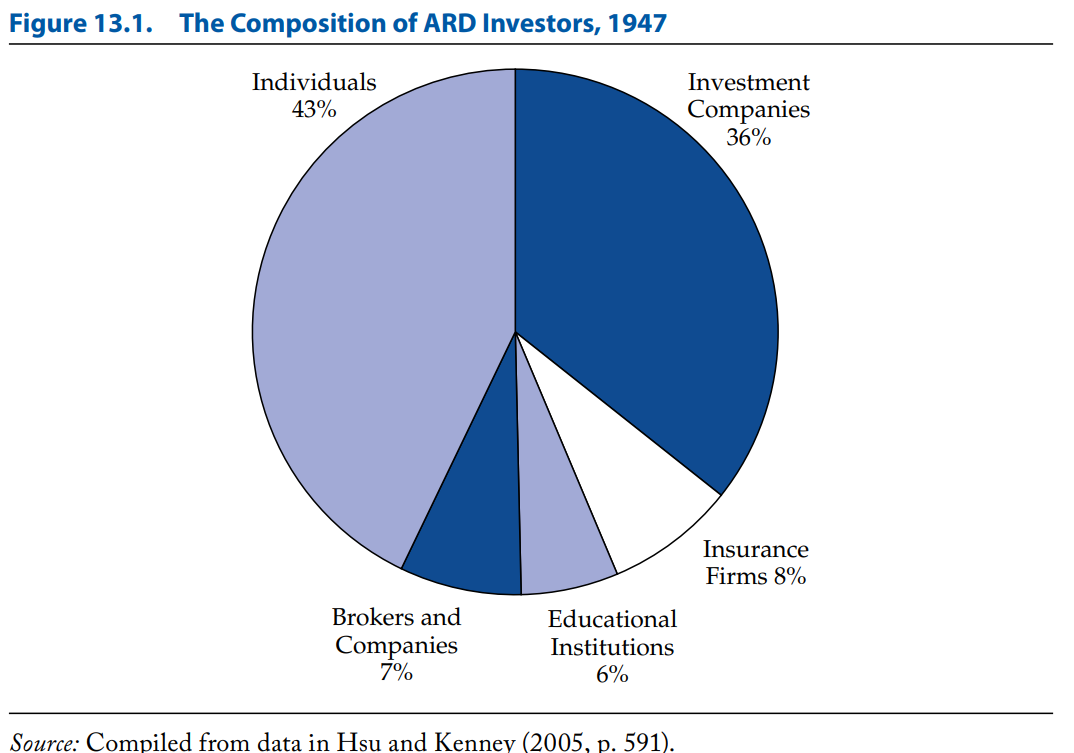 A deeper look at the origins of tech investing in the United States, venture capital pre-Silicon Valley, and more:

“The United States has developed an unparalleled environment for the provision of high-tech investment finance. Today it is reflected in the strength of agglomeration economies in Silicon Valley, but historically its origins lay in the East Coast. Notably, immediate post-WWII efforts to establish the American Research and Development Corporation created a precedent for “long-tail” high-tech investing. This approach became institutionalized in the United States over subsequent decades in a way that has been difficult to replicate in other countries. The role of history helps to explain why.” 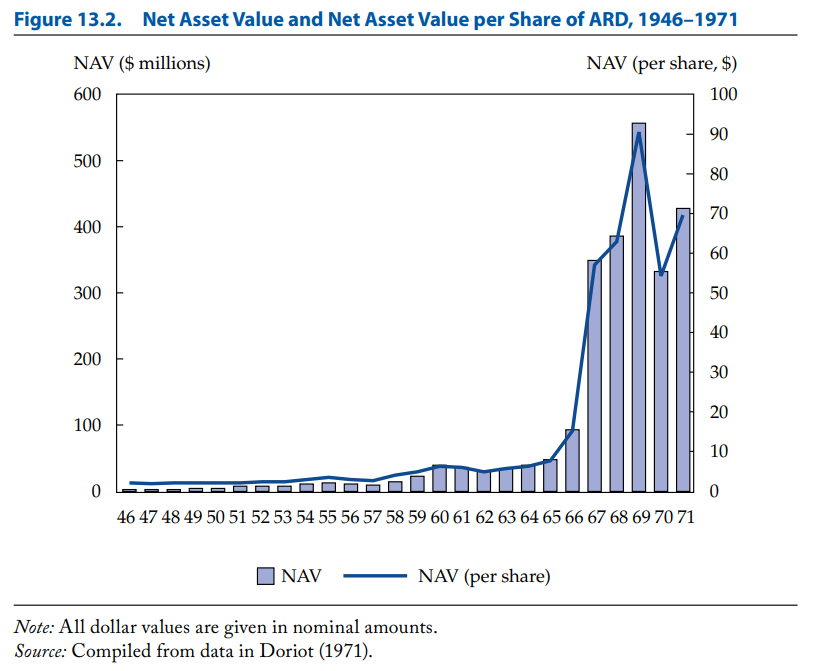 An Early History of High-Speed Trading 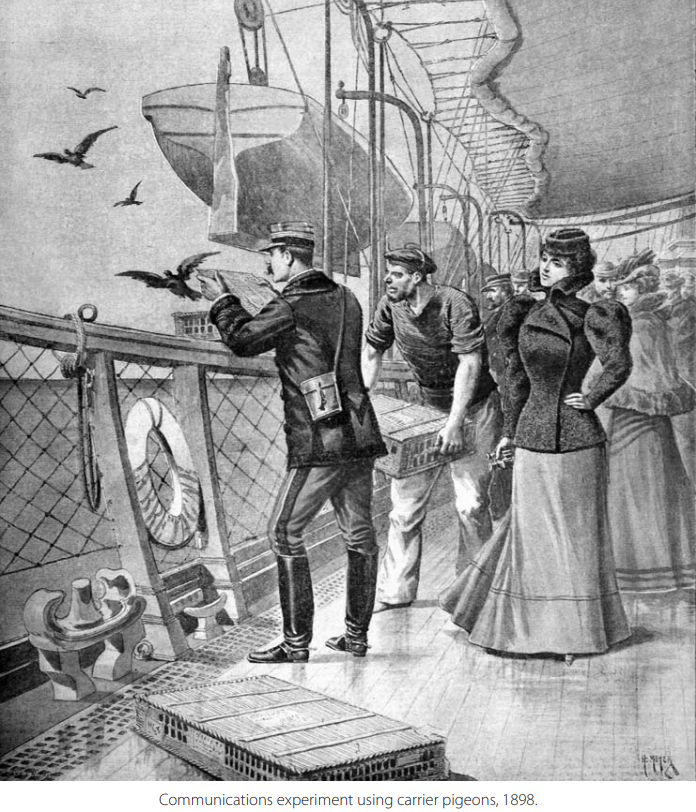 It certainly wasn’t as fast, but high-speed trading has existed for centuries. It just depends on your view of “high-speed”. This piece looks at various systems and networks that have been used throughout history.

“From the outset, there was a deep and abiding suspicion of the broker, who, for a price, was willing to buy or sell your stock, bond or commodity. It was a suspicion that these middlemen knew something that buyers and sellers did not.

True or not, these complaints underscore a larger historical fact: any technology that increased the speed of information flow was immediately adopted by the trading community in both Europe and the United States. Traders have employed every known conveyance to trade faster and cheaper. They were among the earliest adopters of faster boats, faster stagecoaches and private horse expresses. The trading of securities was among the very first uses of the telegraph.

The adoption of these high-speed trading techniques had two characteristics: 1) they greatly reduced the price differences between markets, and 2) those who were slower to adopt bitterly complained that the new technologies offered unfair advantages to the participants.” 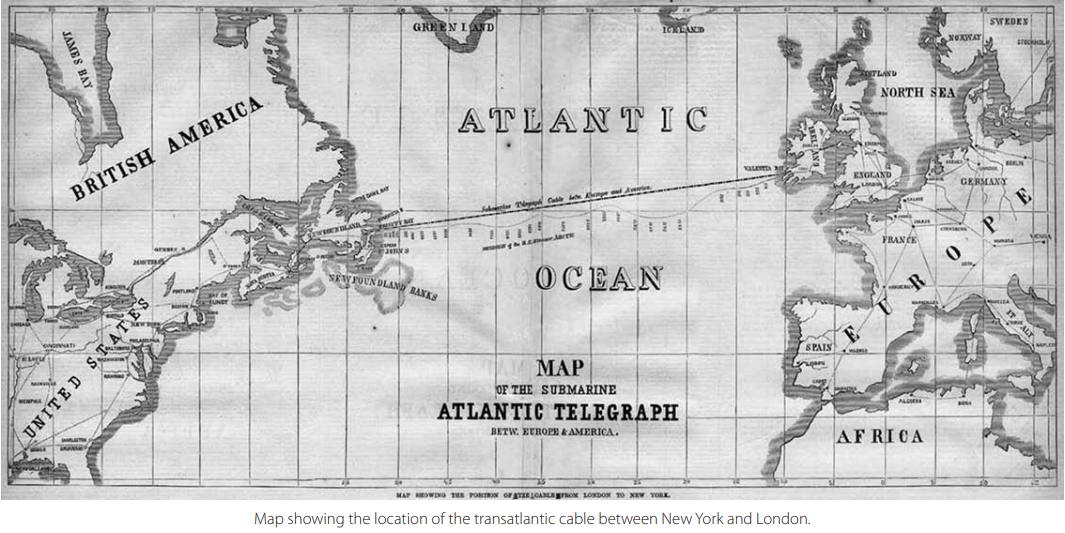