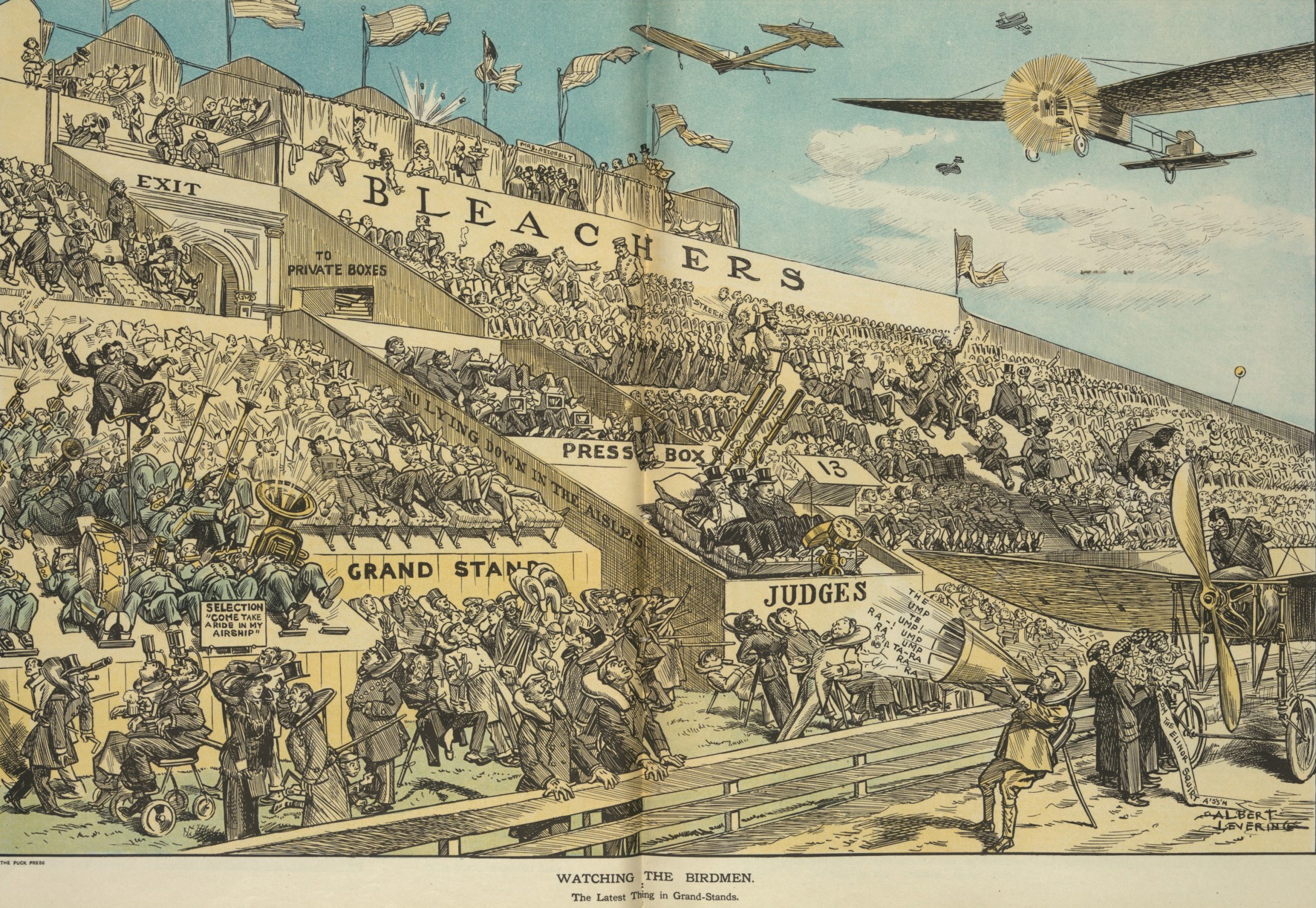 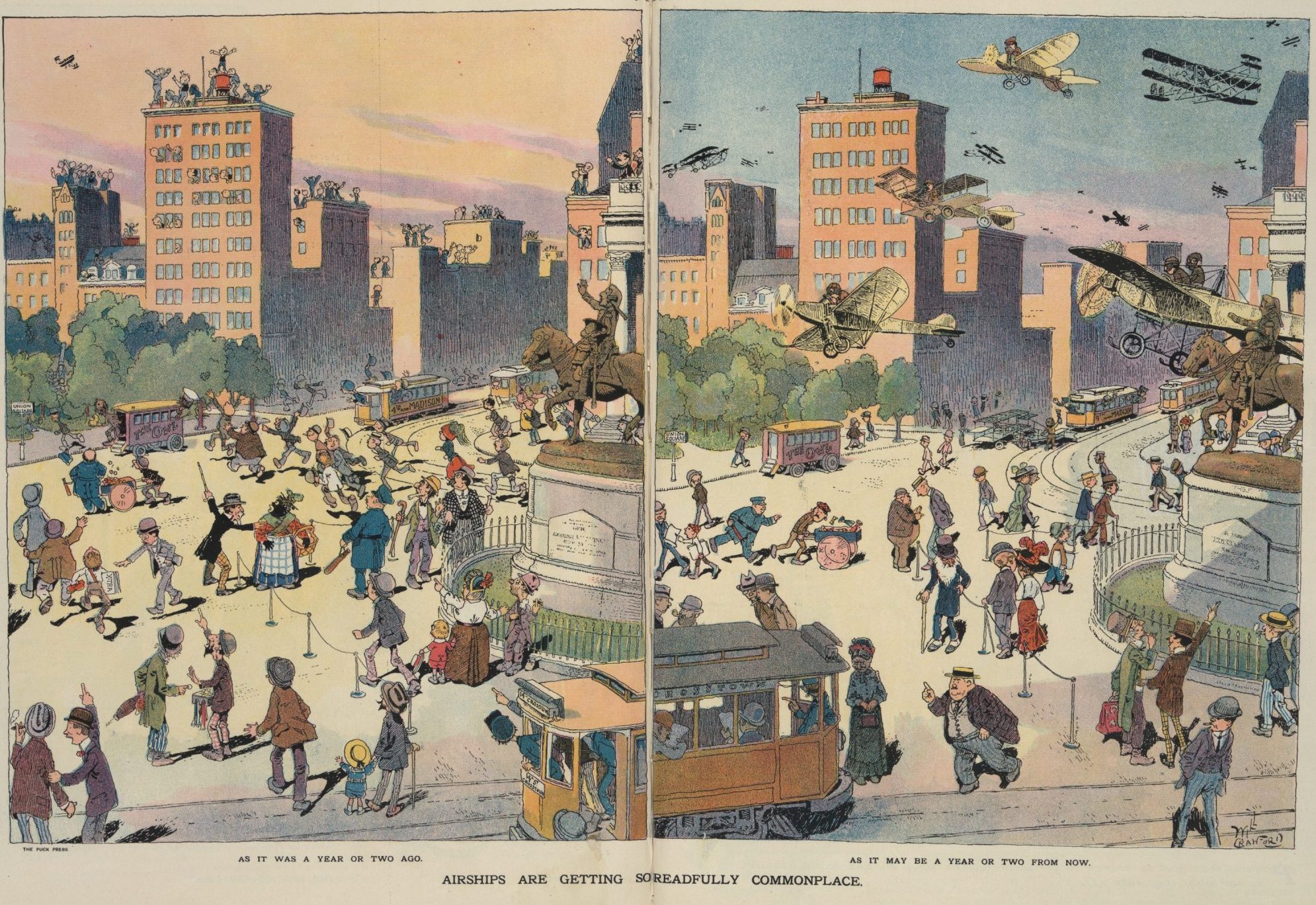 I think it may be happening again…

This week we witnessed another SPAC in the transportation space: $JOBY. The Wall Street Journal reported:

“A few years ago most investors had never even heard of “air taxis.” Now they need to decide whether to board early movers with a high-altitude but low-definition view of the potential market, or else wait for the technology to land somewhere more specific.

On Wednesday, California-based Joby Aviation completed its merger with a special-purpose acquisition company. Its shares initially popped 40%, confirming that investors were counting the days until the first air-taxi company reached the stock market. They will soon get more options: Archer Aviation, Vertical Aerospace and Lilium Air Mobility also focus on electric vertical-takeoff-and-landing vehicles, or eVTOL, and are scheduled to close similar deals. Others may be waiting in the wings, such as the lesser-known Swiss startup Dufour Aerospace, which is putting a special focus on air ambulances.”

And when I say it might be happening again, I mean a transportation boom. Let’s face it, we humans just love speculating on the future of transportation. Just in the last 24 months we’ve had mini-bubbles in electric vehicles, space exploration companies and now potentially air taxis! None of this is new, either. We’ve covered before how there was a previous explosion in electric vehicle companies during the late 19th/early 20th centuries, which then ultimately led to an orgy of gasoline powered car manufacturers. Similarly, there was a 2.5 year period in the 1890s where 671 bicycle companies went public on the back of wild enthusiasm for bicycles in Britain. 671 bicycle companies. Lest we forget the many railway manias that occurred in both Britain and America during the 19th century. Before that, we had the first transportation mania in the US/Britain: canal mania.

While there are still even more examples, this should be an adequate enough list to convince you that investors have long obsessed over exciting new forms of transportation, and gleefully parted with their money to fund companies related to the new industry. With a potential deluge of air taxi listings on the horizon, and with the first of many electric scooter companies going public last week, today’s Sunday Reads dives into the history of transportation booms and manias.

The Grand Junction Canal Company: Three Bubbles for the Price of One 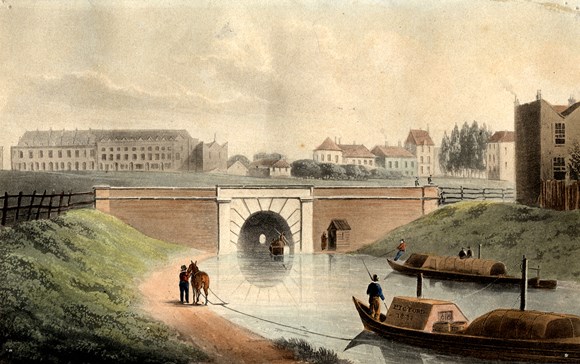 A look back at America’s first transportation boom: Canals.

“The Company of Proprietors of the Grand Junction Canal was incorporated by Special Act of Parliament on April 30, 1793 to build a canal from Braunston to the River Thames. The stock for the canal went through three bubbles, in the 1790s, the 1810s and the 1820s, before settling down once the railroads were built, providing competition to the canal. Unfortunately, there is almost no data for the Canal Mania of the 1790s. The number of canals authorized by Act of Parliament in 1790 was one, but by 1793 twenty were authorized.

The capital authorized in 1790 was £90,000, but had risen to £2,824,700 by 1793. Most of the canals raised their money locally, mainly in the Midlands, and there were few transactions in the stocks as a result. Though a stock exchange was established in Liverpool to trade shares, actual values are hard to come by and must be tracked down through newspapers. Nevertheless, some of the stock increases were impressive. The Birmingham and Fazeley showed the greatest increase, trading at a premium of £1170 in 1793.

The first bubble occurred in 1792 and 1793 and we only have two prices for Grand Junction Canal Shares, one at £472.75 in October 1792, a premium of 355 guineas, even before the company had started to dig the canal or gotten approval from Parliament! Talk about a speculative bubble. Shares had fallen to £441 by the time the approval was provided by Parliament, and the prices collapsed after 1795 when shares returned to their par level of around 100.”

“Bubbles require both a source for the speculation, a new technology that excites investors and causes cash to quickly flow into the new discovery, and excess credit being made available to invest in the shares. The initial canal mania was driven by profits with one canal paying a £75 dividend. Many of the stocks were profitable, and did quite well, but others that were poorly thought out failed. The two bubbles that drove Grand Junction Canal shares in the 1810s and 1820s were driven not only by the investment opportunities the canals provided, but by the liquidity created by the impact of the Napoleonic Wars on Britain finances.”

The Collapse of The Railway Mania & The Development of Capital Markets 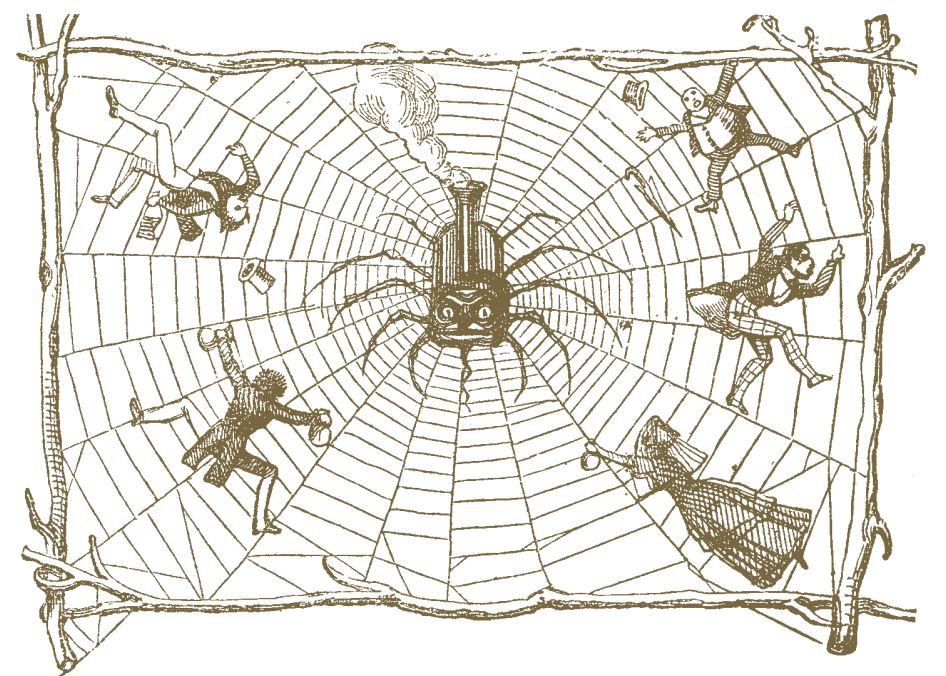 Railway Mania is one of the most notorious bubbles and speculative manias across history. What is interesting about this mania and other transportation bubbles, however, is the fact that while there was ample fraud and chicanery, ultimately a legitimate transportation network was established as a result of this mania. Perhaps for all of the Nikola EV SPACs there will be successful EV SPACs that help transition the world from gasoline powered cars to electric. The author of this paper, Dr. Andrew Odlyzko, goes further in-depth on Railway Mania in his lecture for my last course on Bubbles, Manias & Fraud.

“It is well known that the great Railway Mania in Britain in the 1840s had a great impact on accounting. This paper contributes a description and analysis of the events that led to the two main upheavals in accounting that took place then, and of the key role played by Robert Lucas Nash in those events. He was a pioneer in accounting and financial analysis, providing studies on the financial performance of railways that were more penetrating and systematic than those available to the public from any one else. His contemporaries credited him with precipitating a market crash that led to one of two dramatic changes in accounting practices that occurred in the late 1840s. Yet his contributions have been totally forgotten. The collapse of the Railway Mania provides interesting perspectives on the development of capital markets. The accounting revolution was just one of the byproducts of the collision of investors’ rosy profit expectations with cold reality. Shareholders’ struggles to understand, or, more precisely, to avoid understanding, the inevitability of ruin, have many similarities to the events of recent financial crashes. The Railway Mania events thus provide cautionary notes on what even penetrating accounting and financial analysis reports can accomplish. Railway share price behavior suggests that Nash’s contributions had a much smaller effect than his contemporaries gave him credit for. 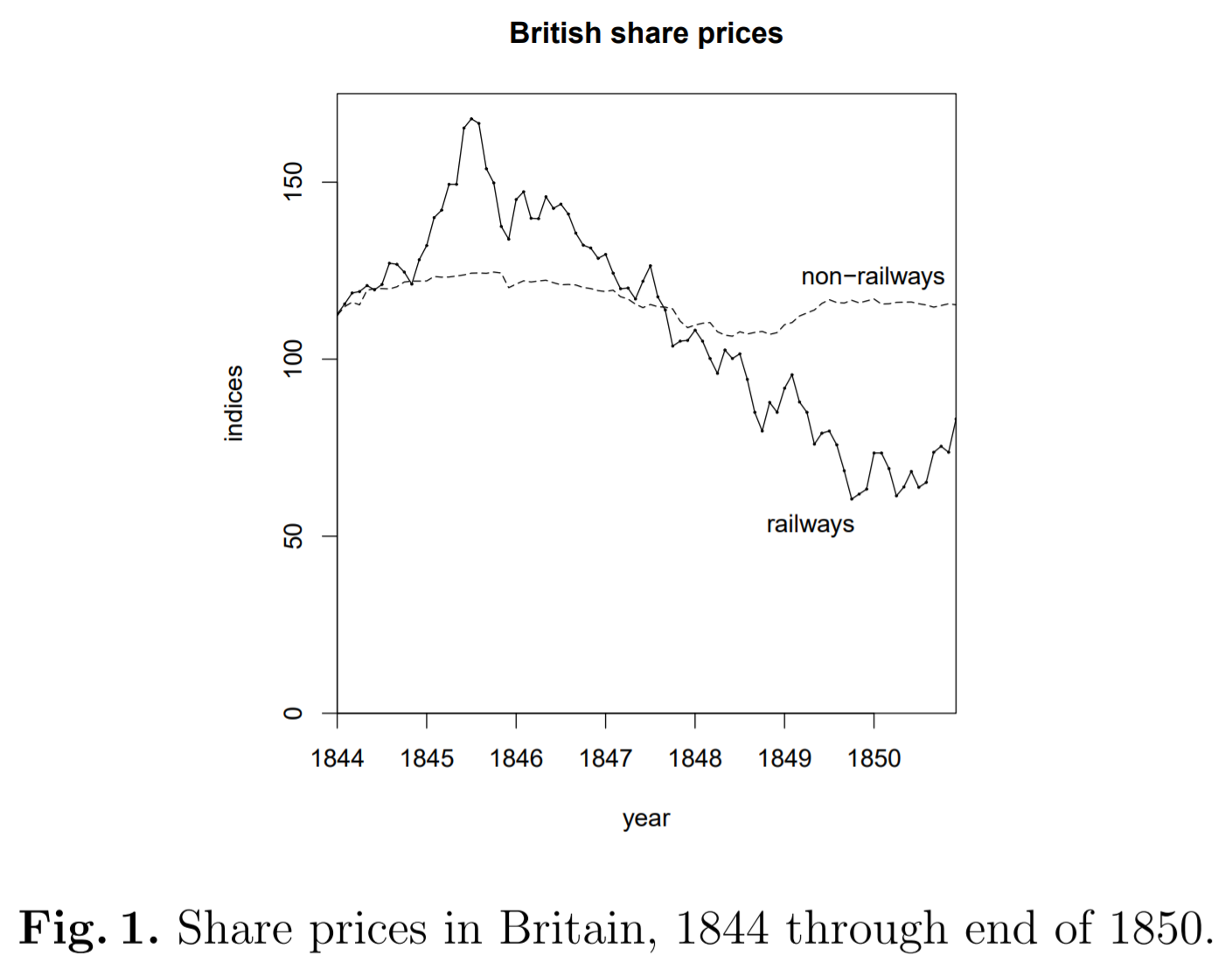 “The fundamental problem of the Railway Mania was not inadequate or fraudulent accounting. The great final railway share price crash of 1849 would have happened even if Nash and Smith had been silent, and Hudson’s operations had been squeaky clean. New lines started during the Mania were coming into service, and the disappointing revenues they were earning could not be concealed for long. Once that crash commenced, demands for trustworthy information would likely have led to an accounting revolution in any case. Better accounting, of the kind demanded by Nash, might have accelerated the crash, by making investors aware of the impending ruin sooner. But it could not have prevented it.” 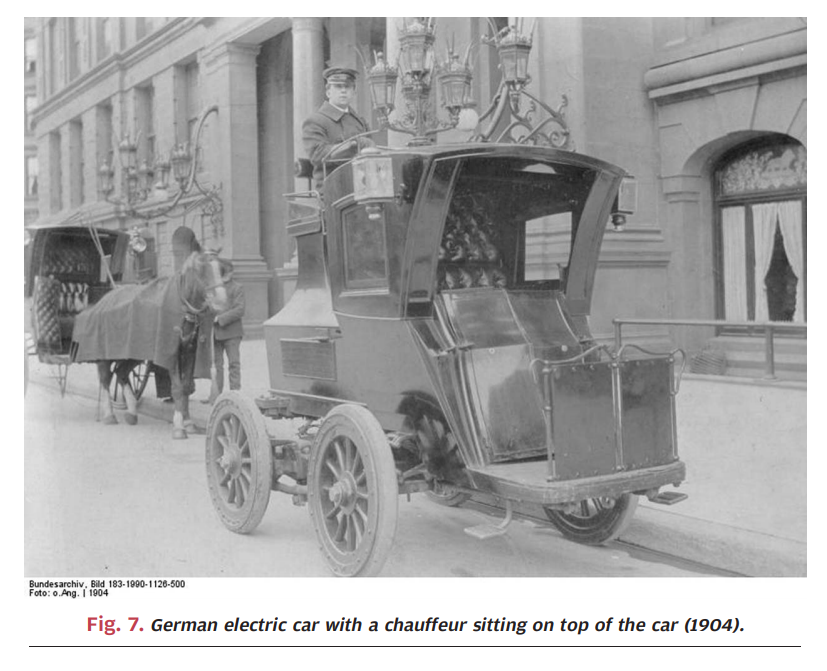 The 2020 explosion in EV SPACs will not soon be forgotten. There was a period where it felt like a new EV SPAC was being announced literally every three days. Whether or not a similar dynamic will unfold with air taxi companies like $JOBY remains to be seen, but it’s not unfathomable.

Their features in the technology development, production from small scale to commercial scale, applications from private users to commercial ones, and the corresponding charging infrastructure and business model are all analyzed and compared with the present development. Therefore, lessons can be learned from history to speed up our present development and avoid the same mistakes as in the past.” 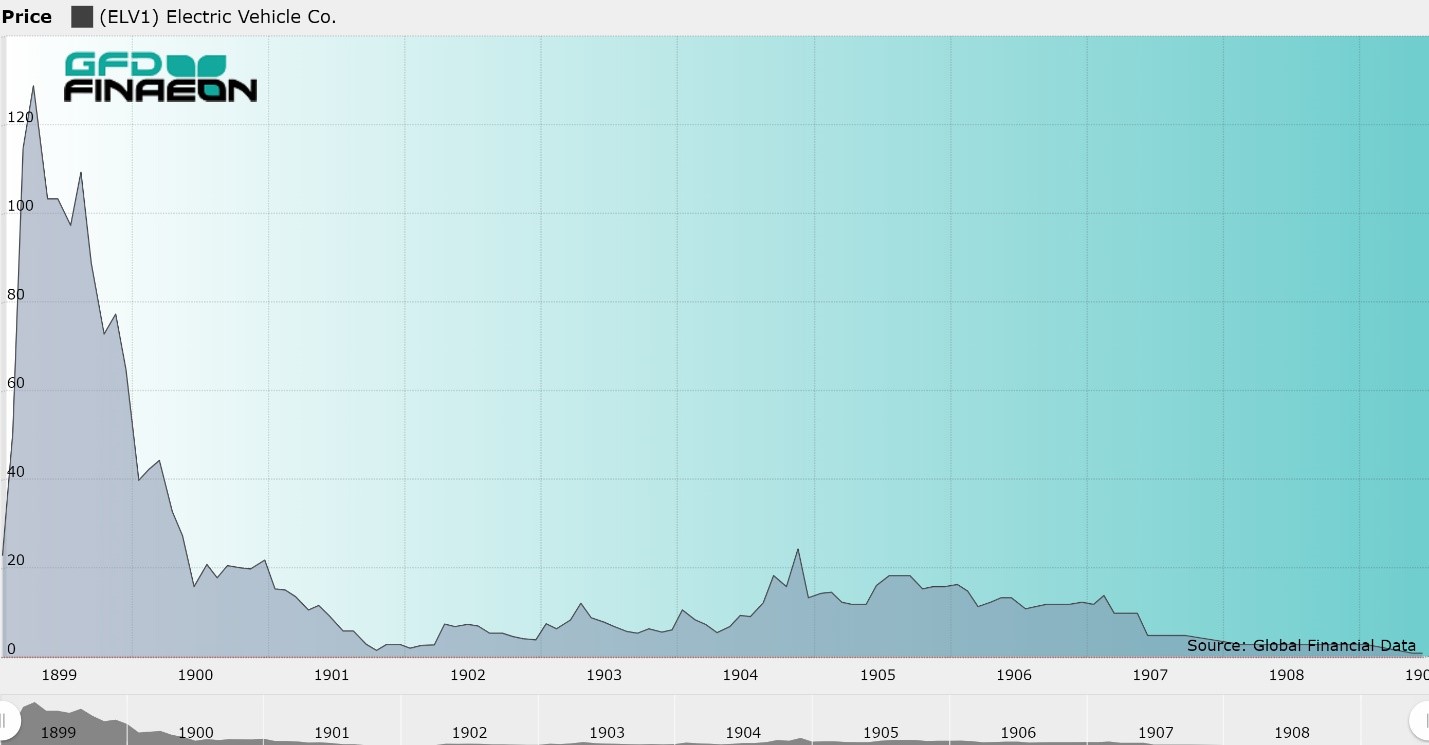 “After over 30 years of noisy and dirty steam engines, the first battery-powered EV was built in 1834. Over 50 years later, the first petrol-powered ICEV was built in 1885. So, the EV is not new; it is about 50 years older than ICEVs. In the early 1900s, it was even better than the ICEV. Having been out of use for almost 70 years, EVs became popular again in the 1970s. Currently, the EV may become a renewed and popular means of mobility.” 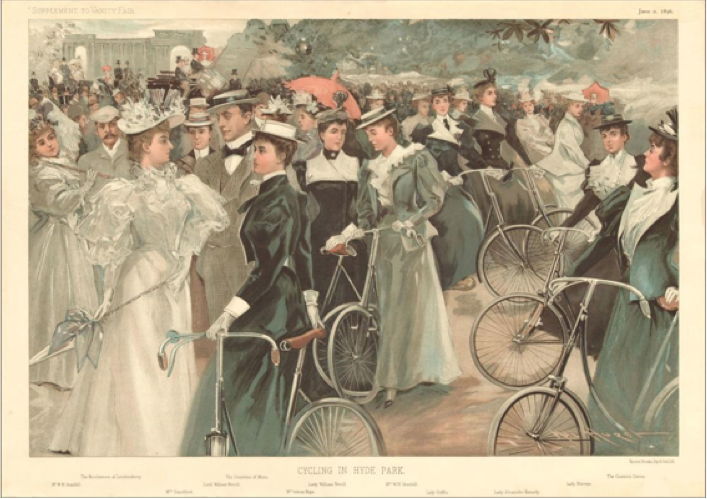 In April 1896 a British newspaper argued that “cycle shares promise to become as inflated as the tires”. There was ample reason for such a statement, as the table below exhibits how many new cycle companies were being floated at the time of Cycle Mania. This is somewhat reminiscent of the EV SPAC explosion of last year, and what could be on the horizon with scooter companies and air taxis… 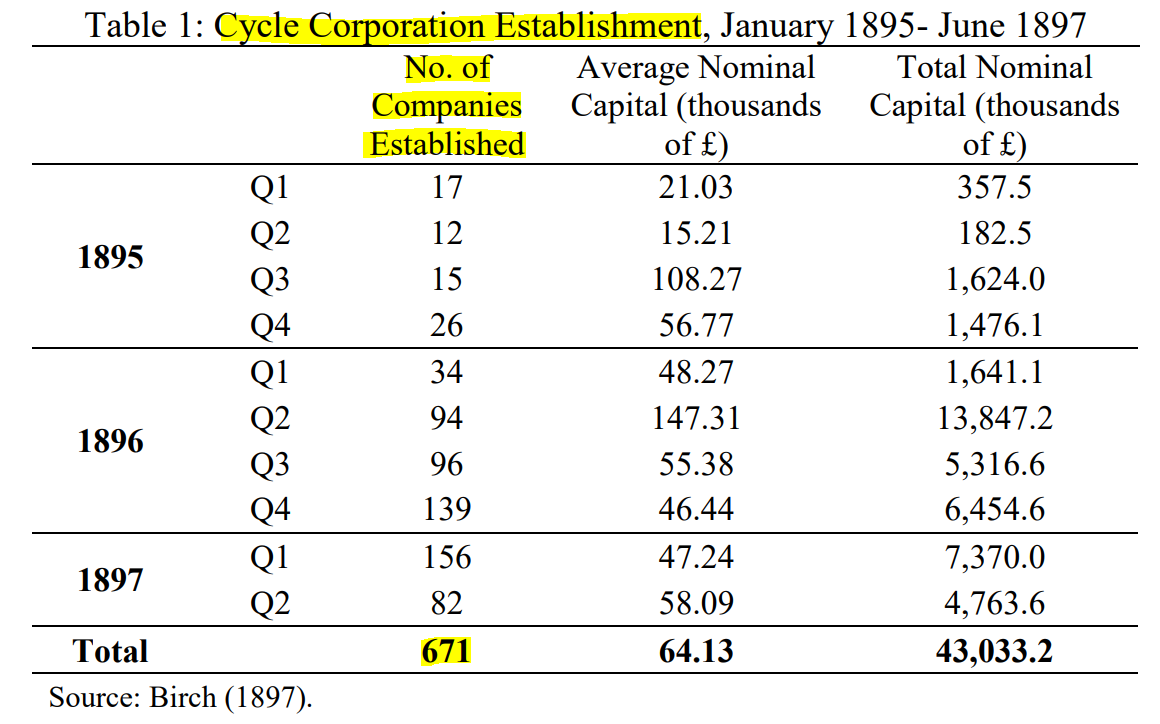 ““Technological revolutions are often accompanied by substantial stock price reversals, but previous literature has produced competing explanations for why this is the case. This paper brings new evidence to this debate using data from the innovation-driven British Bicycle Mania of 1895-1900, in which cycle share prices rose by over 200 per cent before collapsing by more than 75 per cent. These price patterns are not fully explained by fundamentals or by changes in the nature of risk associated with cycle shares. Instead, the evidence from the Bicycle Mania supports the hypothesis of Perez (2009), who argues that new technology, high short-term profits, and loose monetary conditions increase the level of speculative investment, ‘decoupling’ share prices from fundamentals.”

“The growth of the cycle industry between 1895 and 1900 had its origins in a series of technological innovations. The ‘safety’ design, diamond frame, and pneumatic tire made for a much more comfortable ride, and the use of ball bearings and new processes for producing weldless steel tubes substantially increased British productive capacity.

The widespread adoption of the pneumatic tire in 1895 resulted in a rapid increase in demand for bicycles, which existing producers struggled to meet. There was thus a rapid increase in the number of registered cycle manufacturers in Britain: Harrison reports a fourfold increase between 1889 and 1897, with the majority based in the West Midlands. Rubinstein estimates that at the height of the boom in 1896, 750,000 bicycles were produced per year, and 1.5 million people cycled, at a time when the population of Britain was around 35 million.”