By Jamie Catherwood September 26, 2021 No Comments 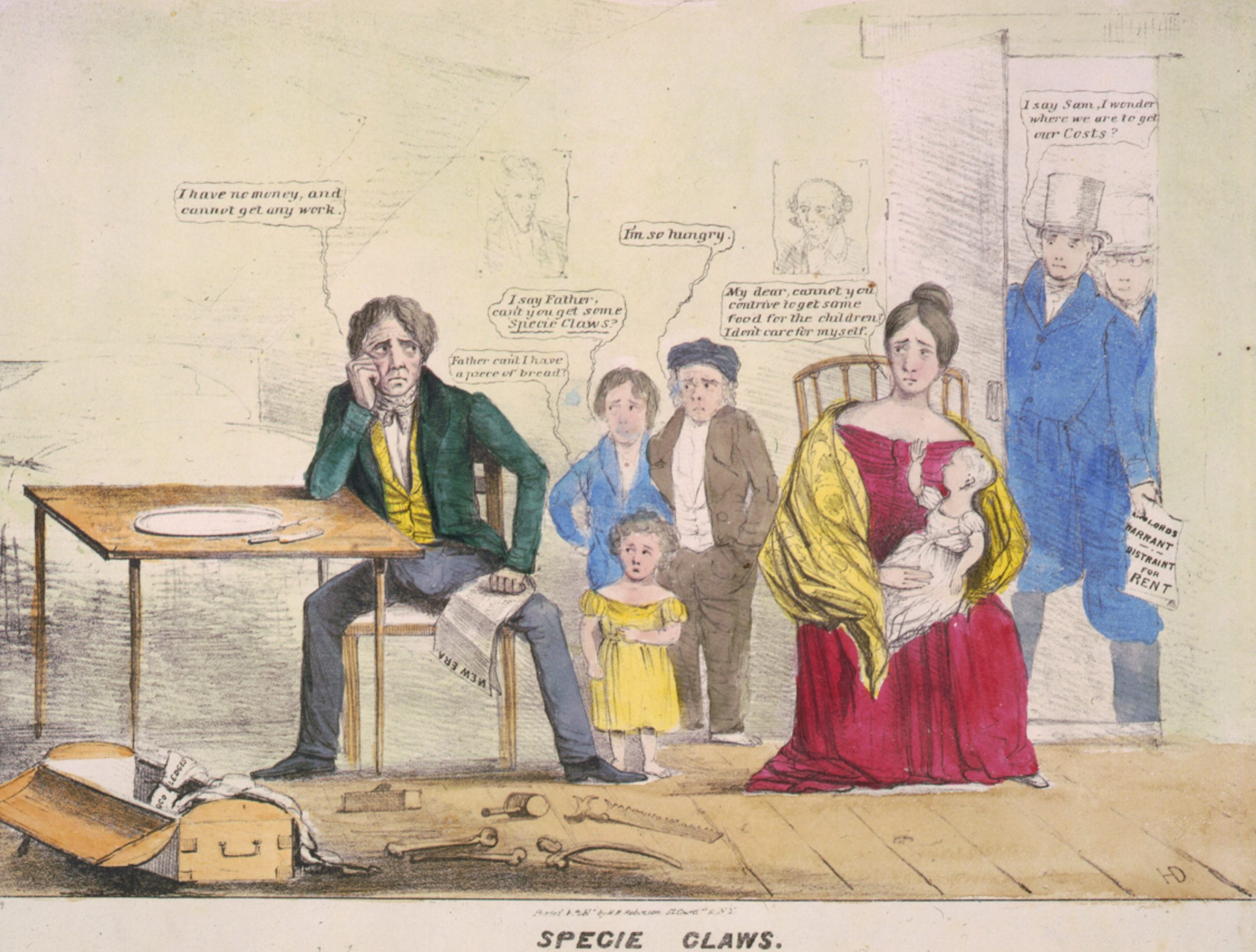 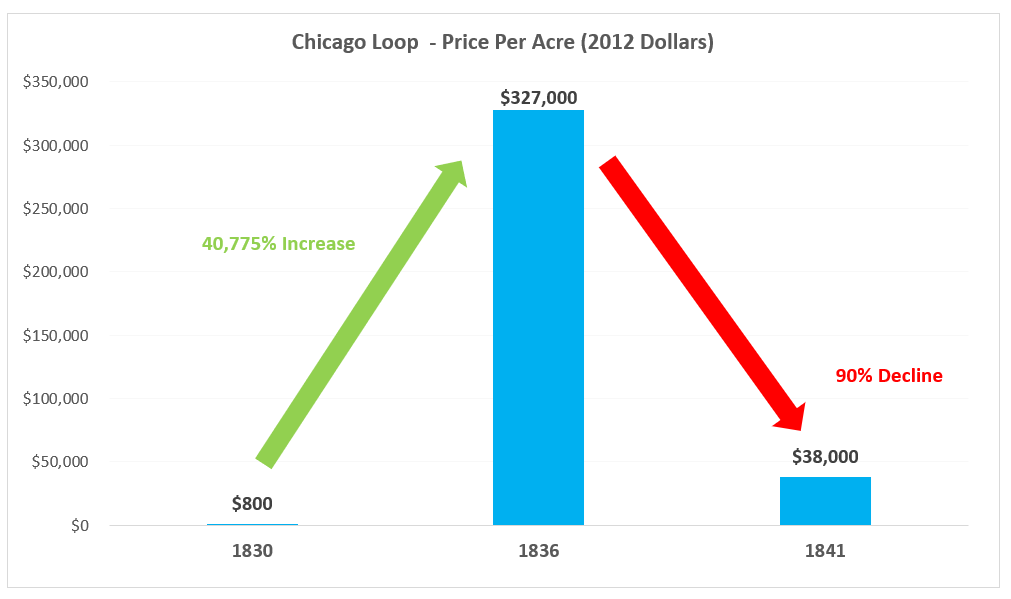 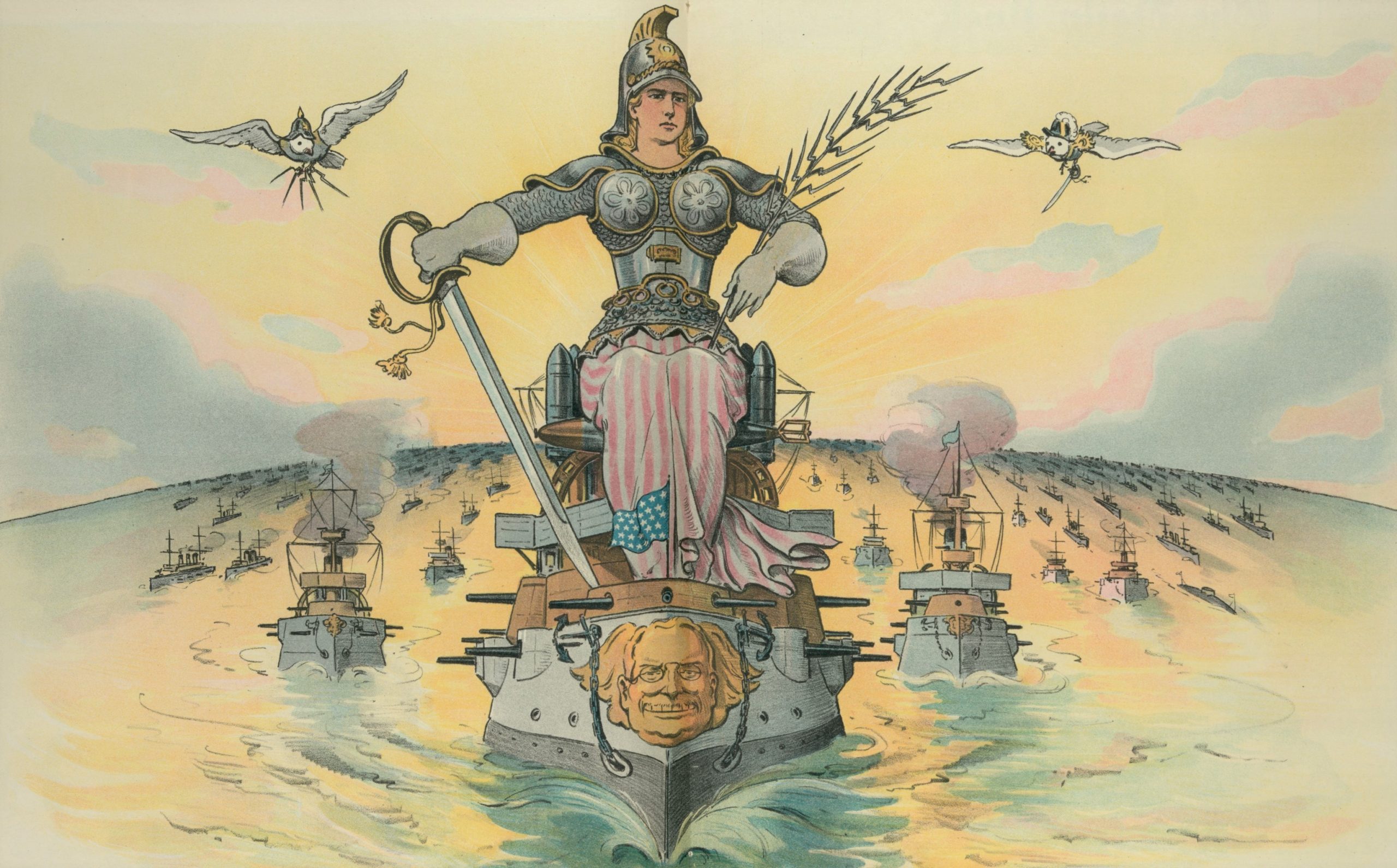 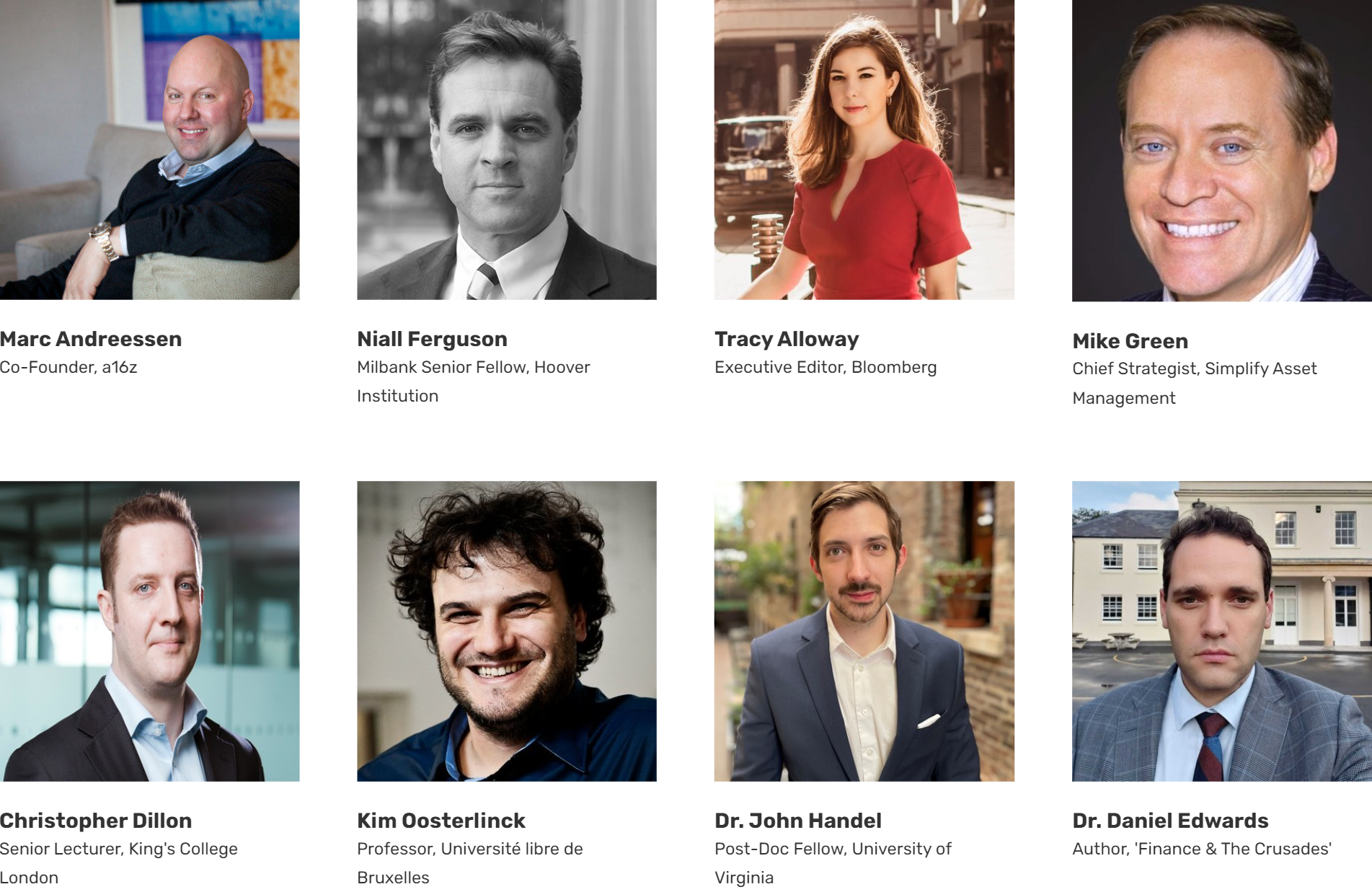 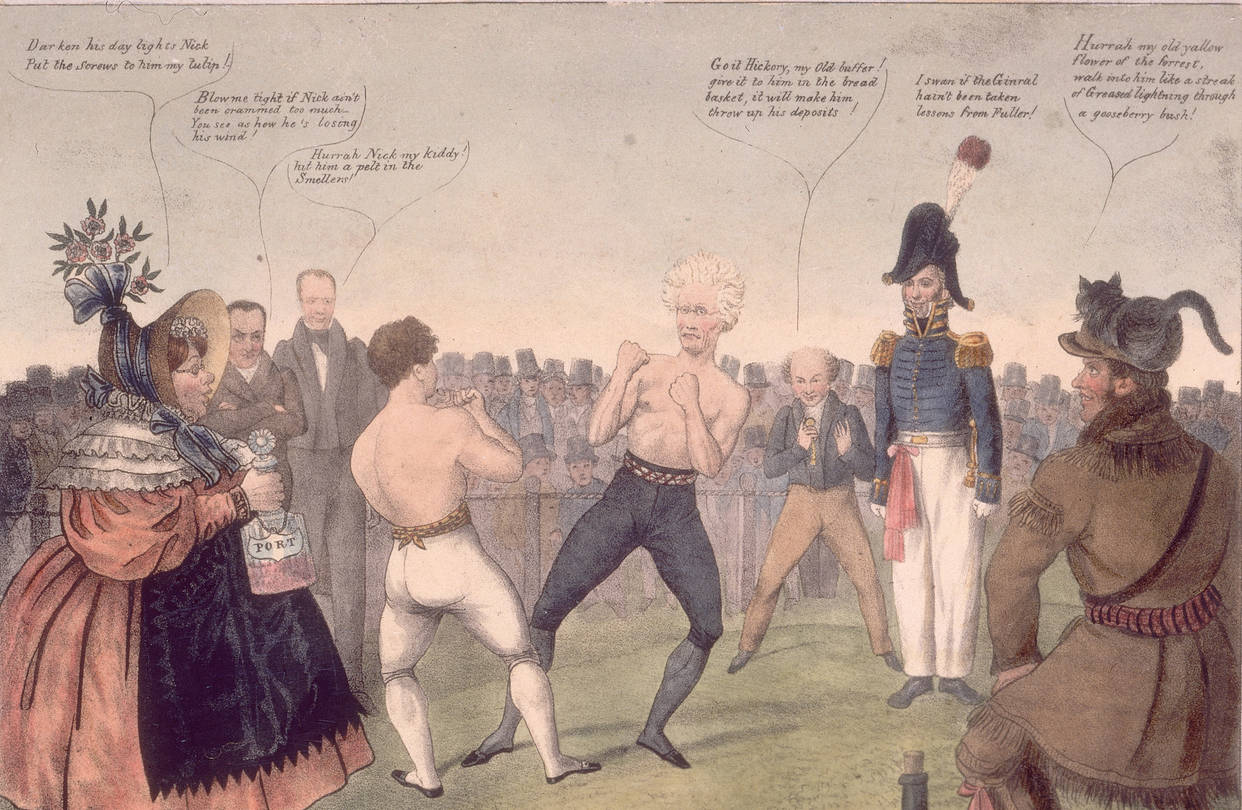 In last week’s installment of the Panic Series we ventured outside of America’s borders for the first time to study a supremely speculative panic in Britain: The Panic of 1825. However, we now return to the United States and pick up almost right where we left off in our research into the Panic of 1819. Today we are going to discuss the Panic of 1837, which was a prolonged depression lasting six years, and included Andrew Jackson’s famous “Bank War”. Let’s dive in! 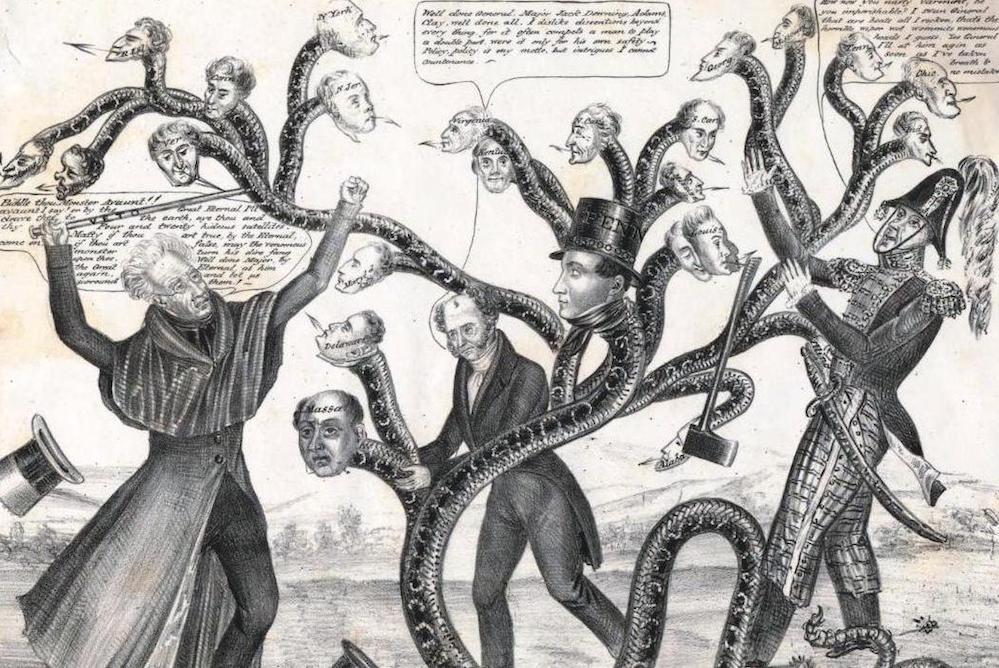 In terms of economic policy, Andrew Jackson’s time in office was like if the staunchest gold bug / “End the Fed” person you knew became President. An article from the New York Fed had this to say about Jackson:

“President Andrew Jackson was a “hard money” man. He saw specie—that is, gold and silver—as real money, and considered paper money a suspicious store of value fabricated by corrupt bankers… And just as much as Jackson loved hard money, he despised the elites running the banking system, so he embarked on a crusade to abolish the Second Bank of the United States (the Bank).”

Yep, that’s right. This is another panic involving the Bank of the United States. Thanks to Jackson, however, this will be the last panic that features a “Bank of the United States” for quite some time. Thomas Klitgaard and James Narron argue that “From the first day of his presidency, Jackson was committed to eliminating the Bank”. It is plausible that Jackson’s intense hatred for national banks stemmed from him being burned on previous investments in the 1790s:

“According to some sources, Jackson made a mint in land speculation (in the 1790s), buying up large tracts on the cheap, holding them until prices increased, then selling them. Unfortunately, however, Jackson often sold on credit rather than for cash and ended up losing a lot of his paper profits when buyers, like Philadelphian David Allison, went bust and defaulted on their notes and mortgages. Those defaults, in turn, strained Jackson’s finances…

With help from his beloved wife, Jackson eventually regained his financial solvency, only to lose it again in the wake of the Panic of 1819, an economic downturn brought about in part by mismanagement of the second Bank of the United States. (Wright & Cowen, 2006)“

You can see why Jackson may have had a personal score to settle with the Second Bank of The United States (SBUS). His opportunity for eliminating the bank appeared in 1832 when Nicholas Biddle, President of the SBUS, asked for the bank to be re-chartered 4 years ahead of schedule (it expired in 1836). Readers of this Panic Series will recall that like Hamilton’s First Bank of the United States, the SBUS was only granted a 20-year charter when founded in 1816.

Although there was support in Congress for re-chartering the national bank, President Jackson would not budge, calling the SBUS a “corrupting monster”. When presented with the bill for re-chartering the bank, Jackson exercised his veto powers, ensuring the bank’s death when its charter expired 4 years later in 1836. However, Jackson was not finished. In addition to vetoing the re-charter, Jackson took a drastic decision in 1833 to withdraw al federal deposits from the SBUS and place them in the hands of state banks. Despite having 3 years left to run in its charter, the SBUS was effectively finished in 1833.

Jackson’s decision to withdraw funds from the SBUS had significant consequences, which we will cover in the following section. 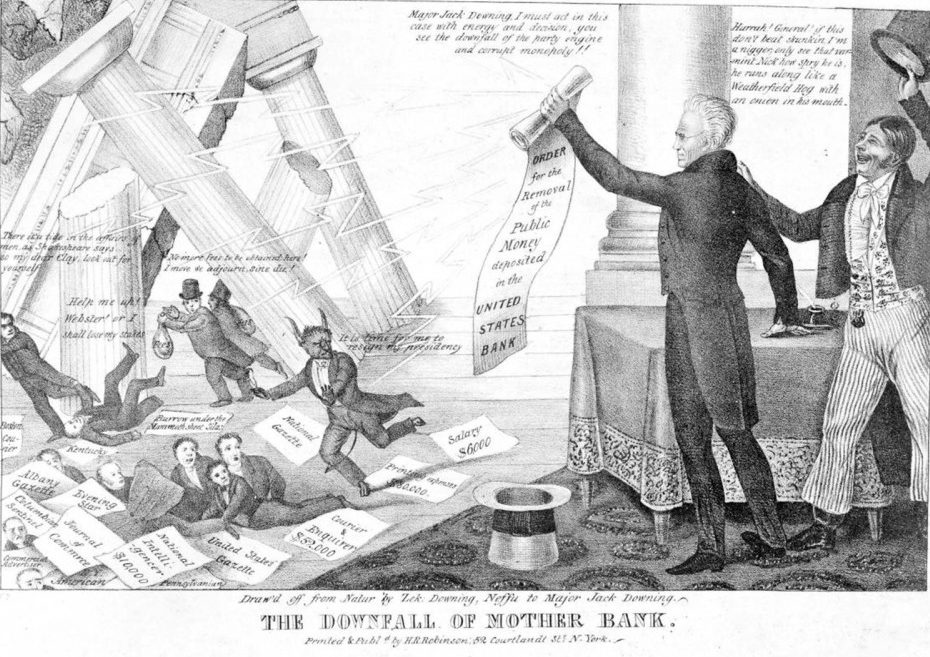 Lithograph shows Nicholas Biddle as the Devil running away from Jackson as the bank collapses around him, his hirelings, and speculators.

Opponents of President Jackson referred to the state banks that he redistributed SBUS deposits to as Jackson’s “pet banks”. The President’s decision to redistribute these funds had two significant knock-on effects for the American economy.

“The demise of the Bank required that all of the Bank’s specie be distributed around the country, further enabling banks to expand their lending, and ended any oversight of their banknote issuance.”

This is evidenced by the fact that “The money supply in the United States grew at an average annual rate of 30 percent between 1834 and 1836, a marked increase from the 2.7 percent growth during the previous three-year period. Inflation ensued. (The Economic Historian)“

“bank loans were enormously expanded and the business of the country worked up into a fever of speculation whose crisis was reached in three years. Instead of stringency in the money market, the evil at first apprehended, Jackson’s empiricism cost the country in the end a calamitous inflation…

‘nowhere was speculation more rife than in the West, where land rather than securities was the focus of attention. People who had no intention of settling bought large tracts of land from the federal government and paid for them with paper money borrowed from local banks in ever greater amounts’.” (Lehrman Institute)

The other prevailing narrative in this era was the western land speculation that had continued since the Panic of 1819. It is important to note that much of the land that speculators purchased was only available because Native Americans were forcibly removed from their land. The federal government continued to sell tracts of western land in order to raise funds, and speculation within states was focused on the expansion of infrastructure projects like canals and railroads. The proliferation of Jackson’s “pet” banks suddenly flushed with specie reserves only fueled speculation to new heights, as risky loans to speculators increased.

Chicago was at the epicenter of this boom following the completion of the Erie Canal in 1825. The passage below is a contemporary account from 1836.

“I never saw a busier place than Chicago was at the time of our arrival. The streets were crowded with land speculators, hurrying from one sale to another… it seemed as if some prevalent mania infected the whole people. The rage for speculation might fairly be so regarded. As the gentlemen of our party walked the streets, storekeepers hailed them from their doors, with offers of farms, and all manner of land-lots, advising them to speculate before the price of land rose higher…

A bursting of the bubble must come soon. The absurdity of the speculation is so striking, that the wonder is that the fever should have attained such a height as I witnessed. The immediate occasion of the bustle which prevailed, the week we were at Chicago, was the sale of lots, to the value of two millions of dollars, along the course of a projected canal… (Source)”

The chart below demonstrates just how profound this boom in land prices was:

As one would expect, the country experienced rampant inflation in the 1830s as the state banks began printing large amounts of money with no oversight from the now defunct SBUS. Rapidly depreciating currency led Jackson to take another drastic policy move by issuing his “Specie Circular” in 1836. This act required all purchases of federal lands be made in gold or silver, not paper currency.

This was significant because most of the land speculation had been fueled by paper currency printed by state banks. When there was a sudden demand for specie, these state banks did not have the adequate reserves to meet demand. Panic ensued. According to the New York Fed

“[Jackson] did this to limit the amount of paper money received by the government and because he thought there was a bubble in land prices. He reasoned that requiring payment in gold and silver would pop the bubble.

This aggressive push to wean the economy off of paper currency—and onto hard money—strained the banking system. Demand for specie by customers in New York City exceeded supply, and, on May 9, 1837, banks there responded by refusing specie withdrawal. The suspension of convertibility in the nation’s financial center caused panic that quickly spread to the rest of the country. Banks, looking to replenish the specie in their vaults, refused to make new loans and called in existing loans, triggering a collapse of credit and a severe and prolonged decline in production and employment across the country.”

The impact of the bank runs and collapse in credit conditions triggered a brutal panic. Between 1837 and 1843, Banking & Insurance stocks fell 32% and Railroad stocks fell 63% (The Economic Historian). In 1843, 25% of US banks had closed their doors, and “overall prices had fallen by more than 40%” (Source). Even worse, almost 10 states defaulted on their debts in the years following the Panic of 1837.

Jackson had satisfied his dream of ending the national bank, but it came at the cost of a prolonged six year depression in the United States, lasting from 1837 to 1843.

Andrew Jackson, Banks, and the Panic of 1837

Economic Historian – The Panic of 1837

Crisis Chronicles: The Panic of 1837