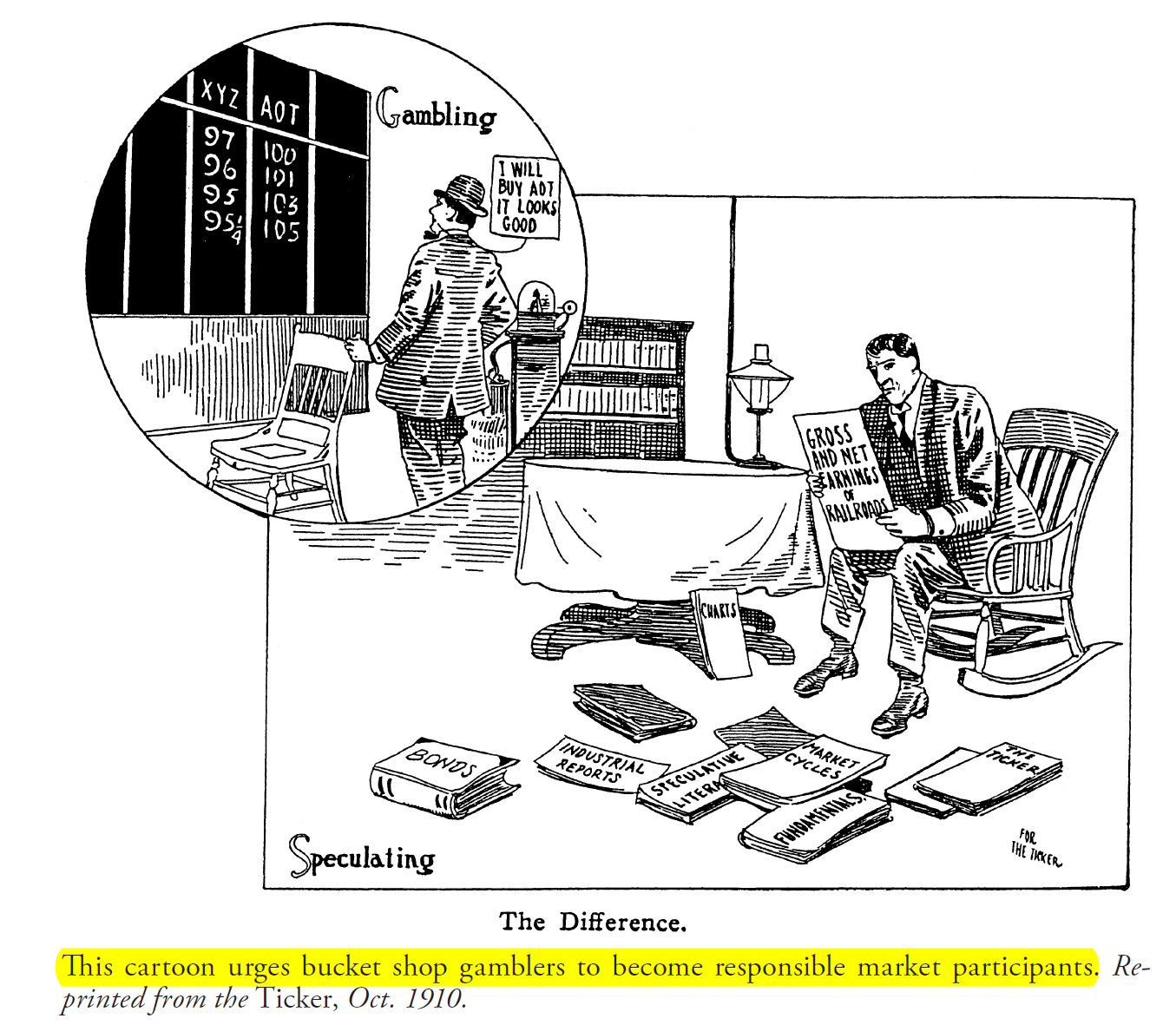 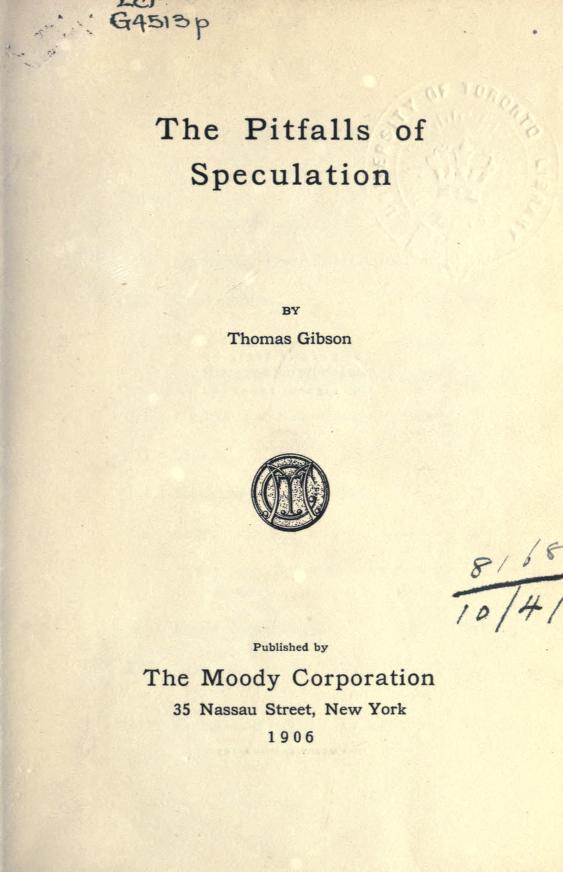 The Pitfalls of Speculation (1906)

This was a very exciting week as Investor Amnesia hit a major milestone: 1,000 enrollments in the online financial history courses. I am truly blown away. Thank you all for supporting the courses and Investor Amnesia. If you have not yet enrolled, see what you’re missing out on in the links below!

Enter “SUBSCRIBER20” at checkout for 20% off all courses. 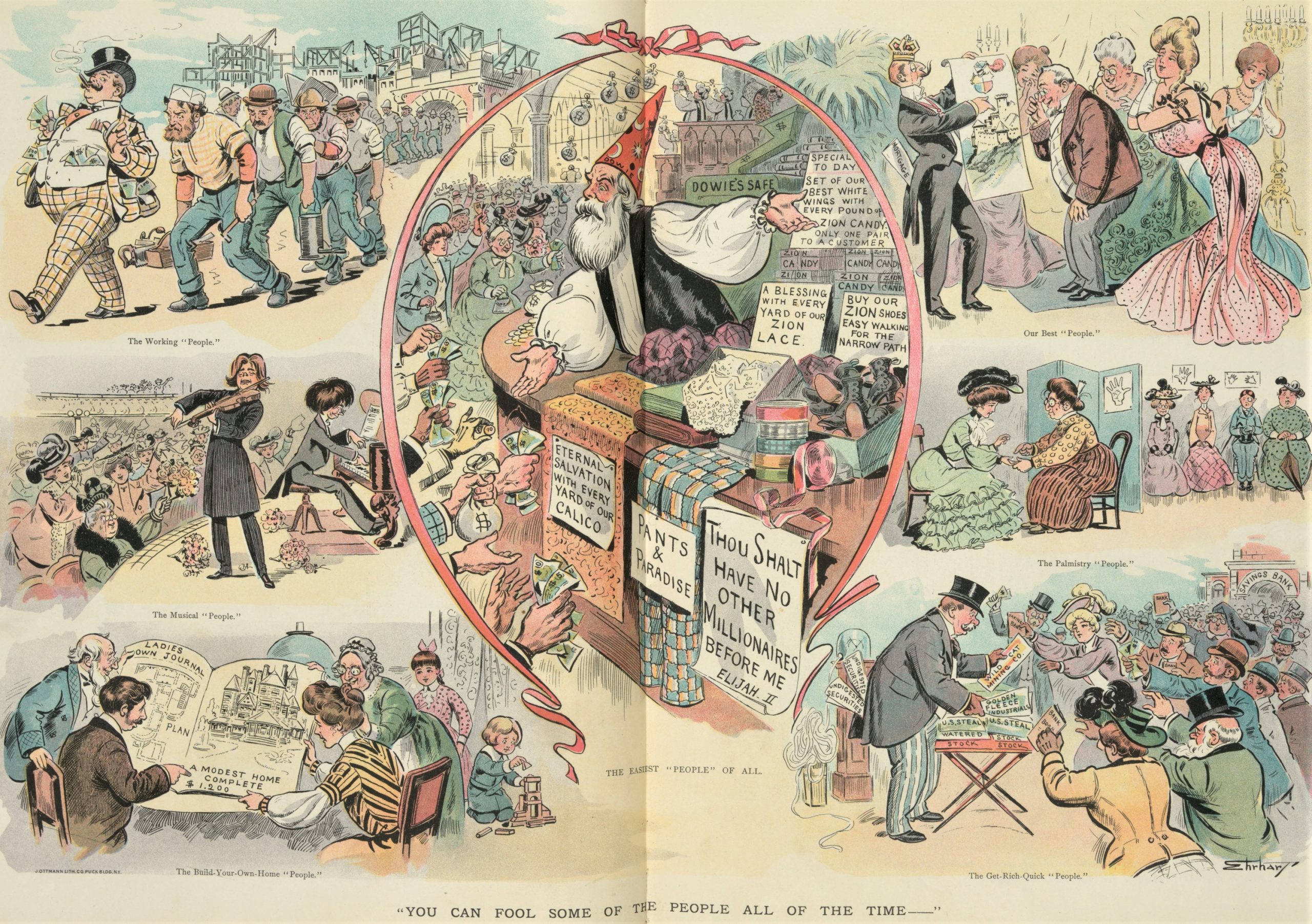 This Sunday Reads is going to a bit briefer and in a different format as usual, but I hope you enjoy! Next week I’ll be sending out a long-form piece on the history and evolution of derivatives, which I know you’ll all enjoy!

The structure of today’s newsletter will be:

A ten-year analysis of 4,000 investment accounts in the early 19th century revealed.

• Most accounts were purely gambling in nature 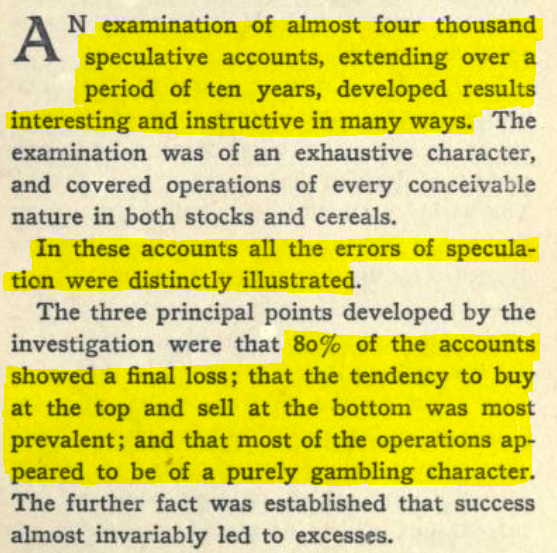 The survey also found that traders *not* living near brokerage offices outperformed local traders with access to such offices since they could not trade as frequently.

“The opportunities to make fools of themselves were restricted.” 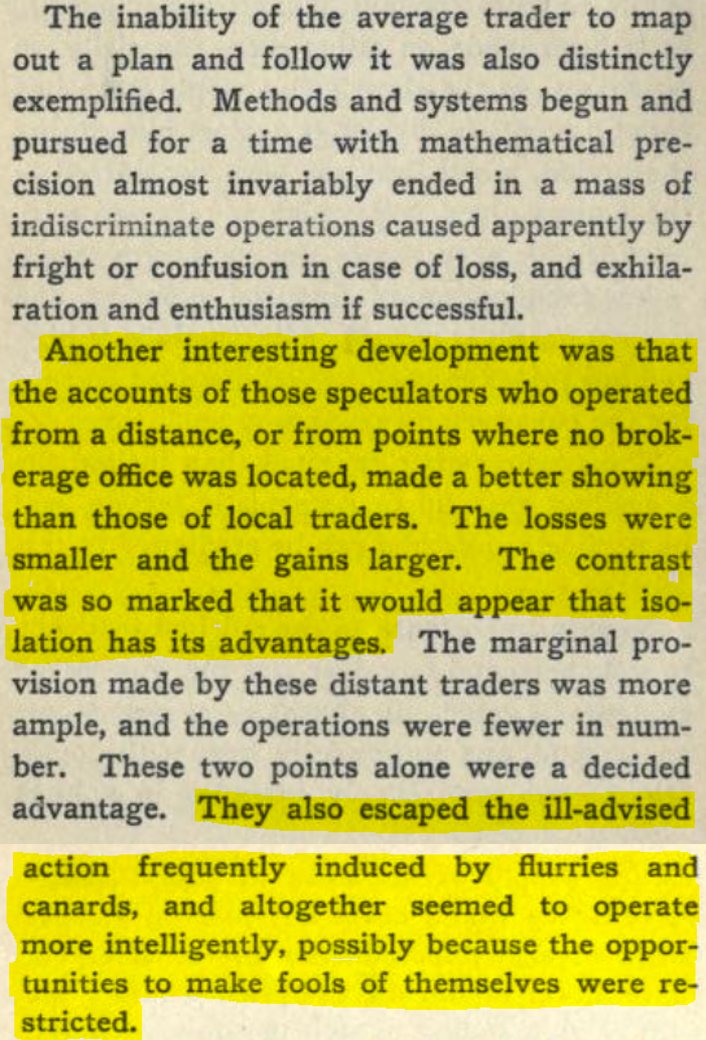 Earning from History? Financial Markets and the Approach of World Wars 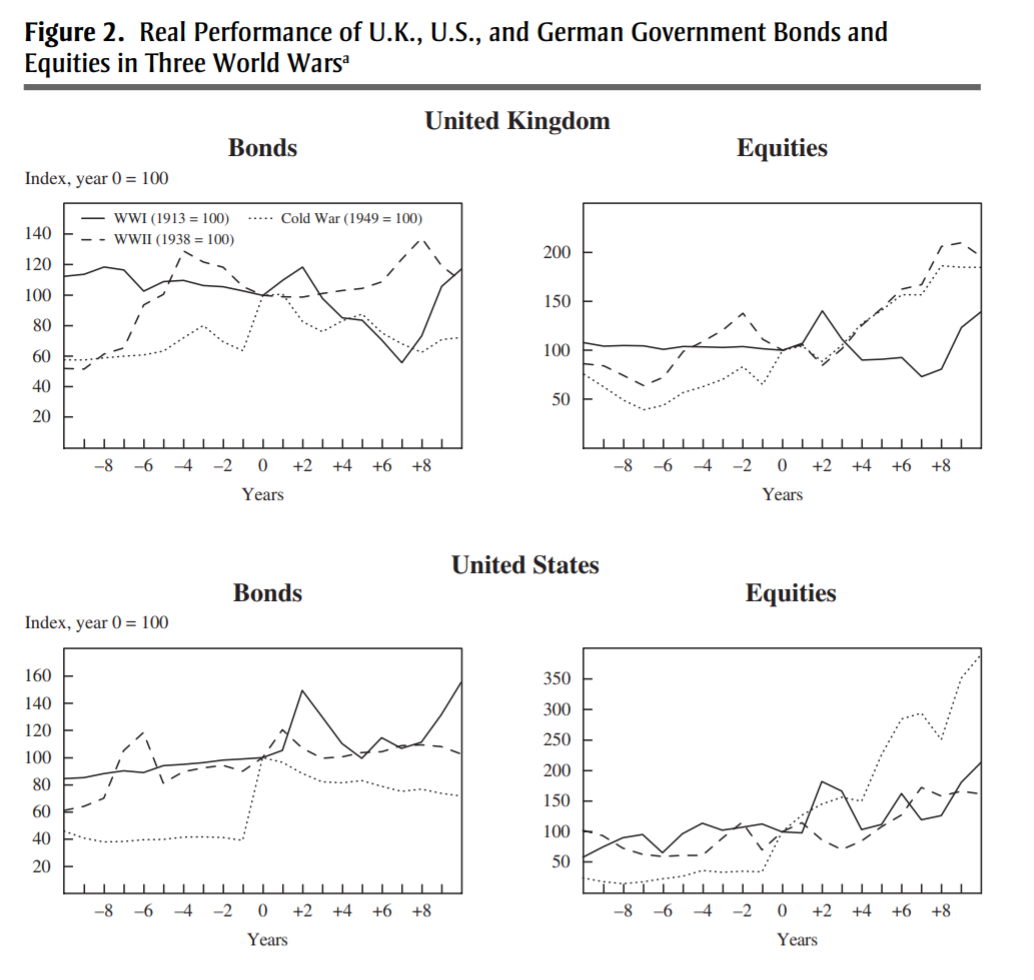 “Are world financial markets paying due heed to geopolitical risk?”

The renowned historian continues to state:

“Despite unchallenged U.S. military supremacy, the financial consequences of a terrorist nuclear strike, or war in the Middle East or the Taiwan Strait—or some totally unforeseen conflict—could still be enormous. That globalization under a powerful hegemon has strengthened linkages among national economies may not rule out another major war: such linkages were also strong on the eve of World War I, which thus caught investors off guard. Investors try to learn from history, but the very different financial impacts of the two world wars and the Cold War reveal the tendency of military technology and regulatory regimes to shift significantly, reducing the relevance of past experience. Any lessons investors might take from the last war could have limited relevance for the next—or be forgotten after a generation of relative peace has led to complacency.”

Using over a century of evidence, Ferguson argues that investors cannot confidently rely upon previous wars to guide their assessment of current conflicts.

“The financial history of twentieth-century world wars seems to suggest that it is as unwise for investors as for generals to try to fight the last war rather than the next one. Investors failed to anticipate the huge liquidity crisis unleashed by the First World War. They largely failed to protect themselves against the longer-term effects of a big war on continental securities and currencies. Yet knowing in the 1930s what had happened to various asset classes after 1914 did not provide a ready-made strategy for weathering the next world war. Changes in military technology and government regulation ensured that one could never be certain that the next war would have the same financial impact as the previous war.”

The author concludes with three final lessons of history that investors should note:

“One important lesson of history is that major wars can arise even when economic globalization is very far advanced and the hegemonic position of an English-speaking empire seems fairly secure. The second important lesson is that the longer the world goes without a major war, the harder one becomes to imagine (and, perhaps, the easier one becomes to start).  The third and final lesson is that when a crisis strikes complacent investors, it causes much more disruption than when it strikes battle-scarred ones. Interminable overtures may be dispiriting. For financial markets,  however, bolts from the blue are worse.”

While Treasury Inflation-Protected Securities (TIPS) were first auctioned in 1997, the concept of inflation indexed bonds dates back to the founding of America itself. The Commonwealth of Massachusetts issued the first known inflation-indexed bonds in 1780, during the Revolutionary War. At the time they were issued, the spirits of American troops were low due to a lack of food, clothing, and pay. Robert Shiller wrote:

“There was real concern in 1779 that it would be impossible to keep an army if something were not done to address the loss of value of their pay. The invention of indexed bonds came in response to this very real and dangerous crisis.”

The inflation-indexed bonds were issued to soldiers as a method of “deferred compensation” for their service. To protect against a loss of purchasing power via inflation, the bond payments were tied to a consumer price index.