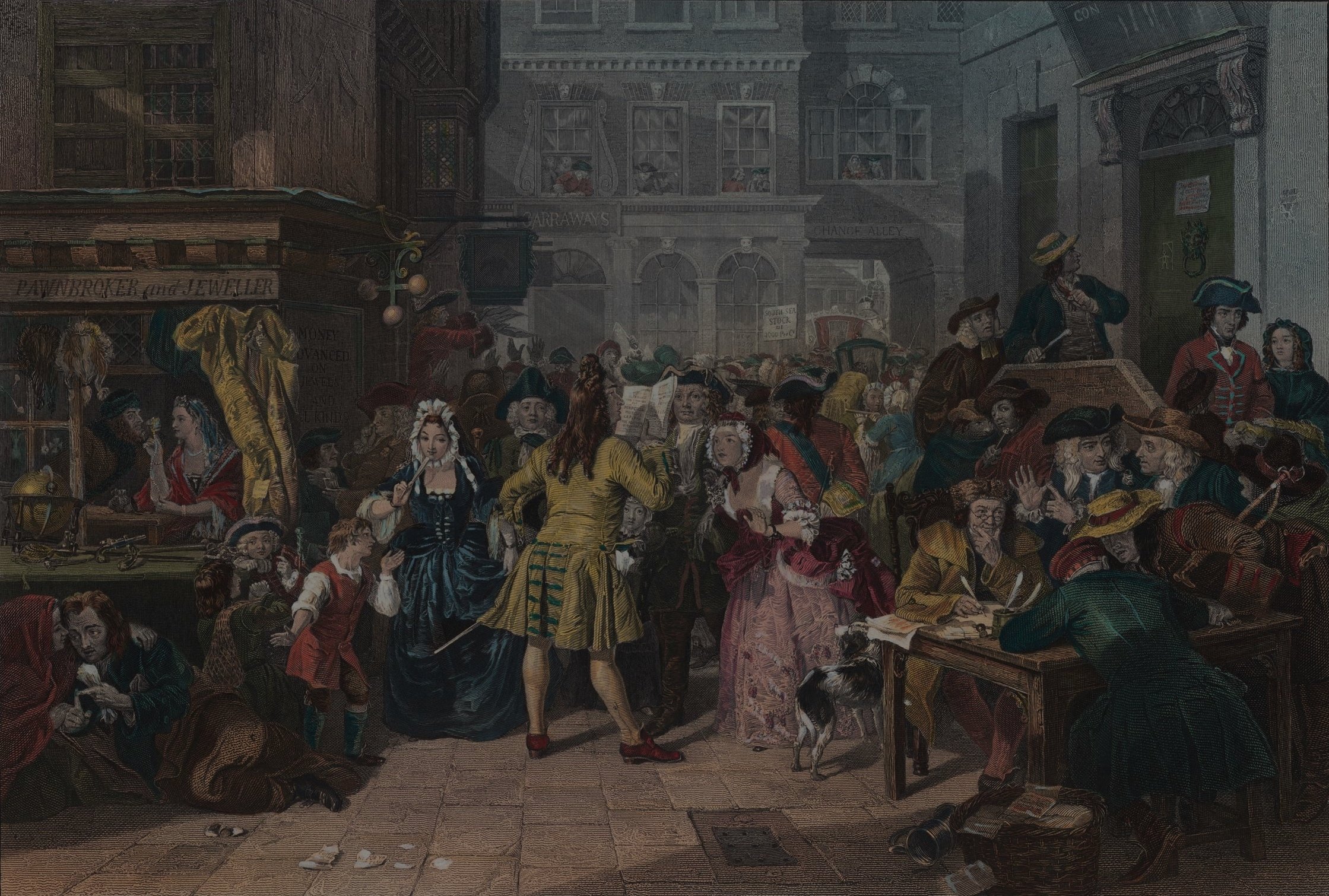 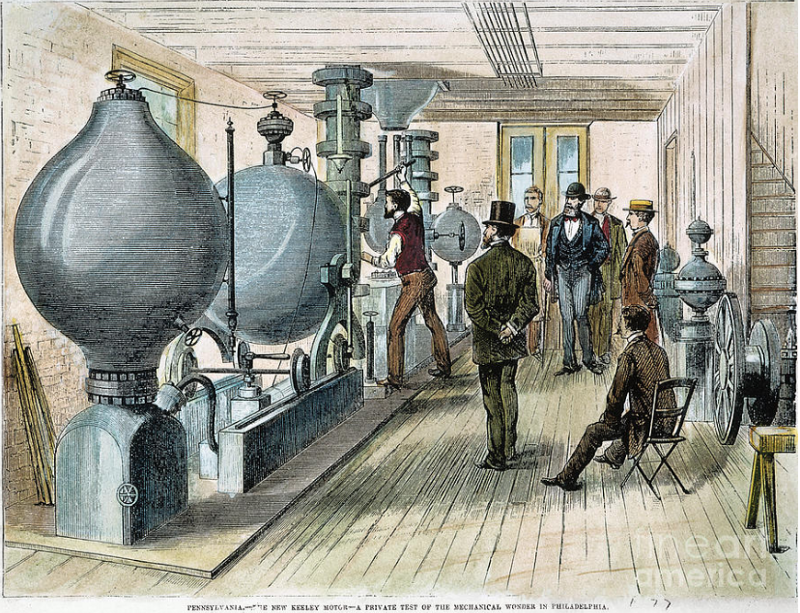 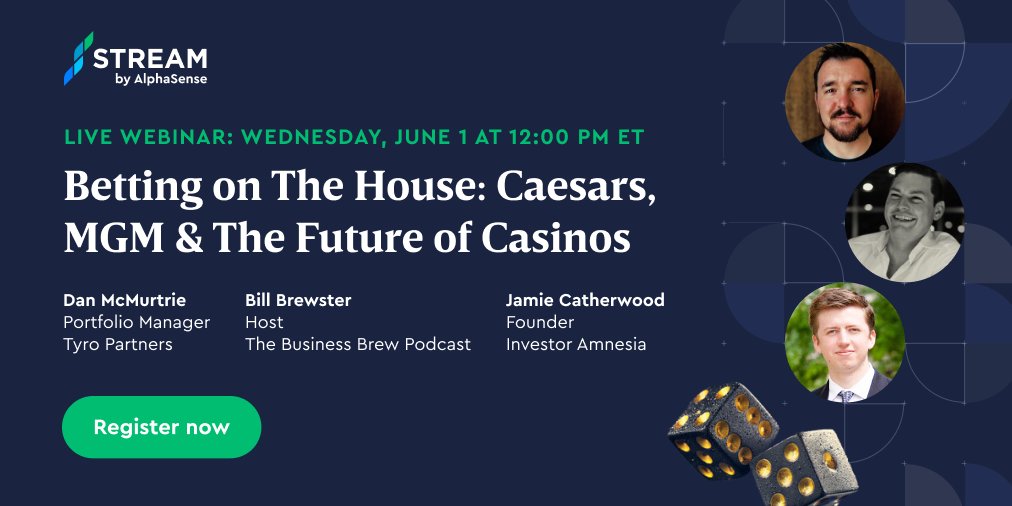 Before getting into the article, I want to mention that I’ll be hosting a webinar with my good friends Dan McMurtrie and Bill Brewster on June 1st.

We will be discussing Dan’s investment thesis on casino stocks, the history and future of the industry, and much more. If you’d like to join us, register below! 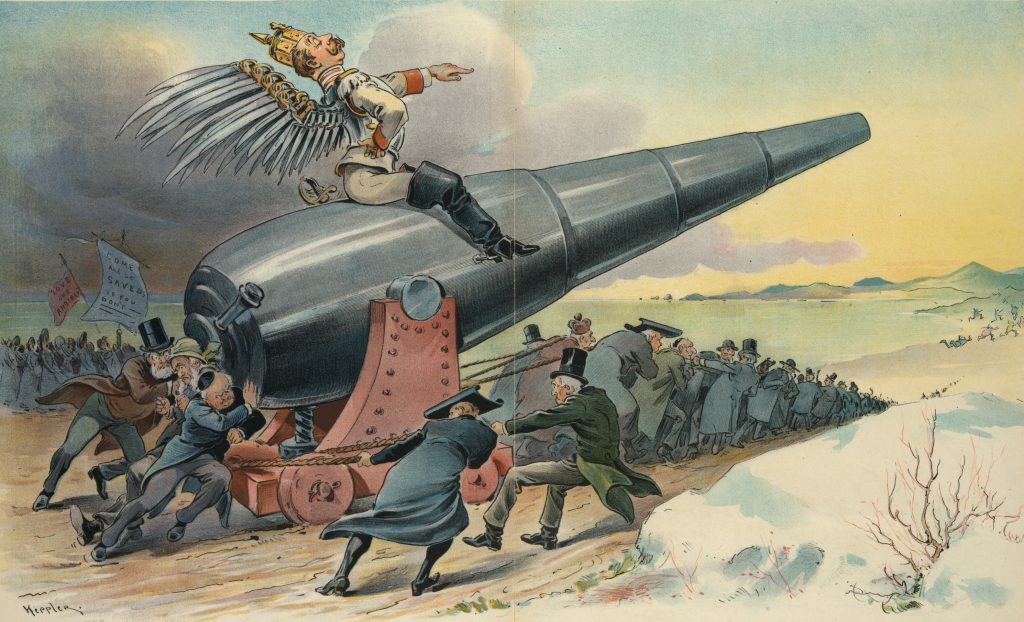 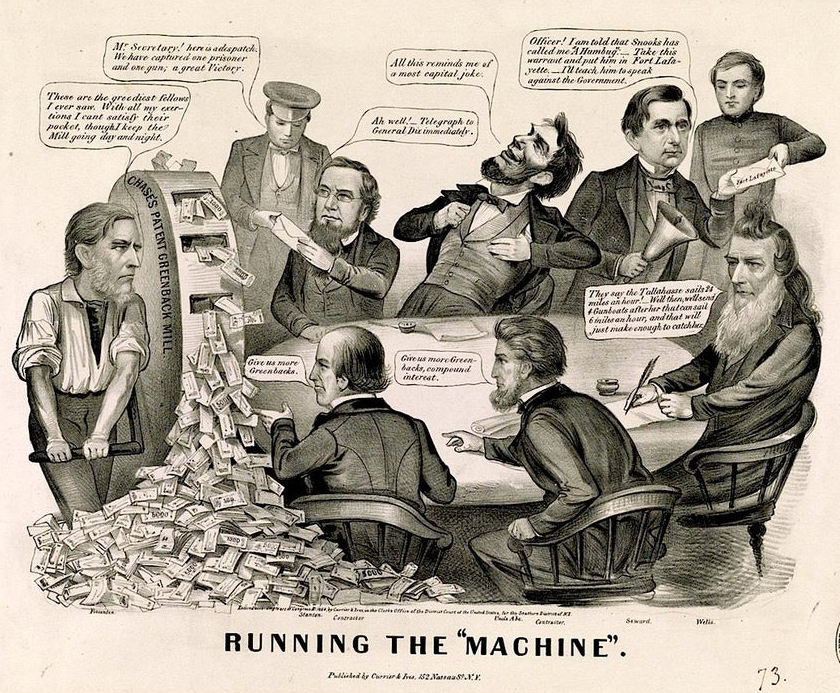 Whether it be alchemy, the fountain of youth or lost city of Atlantis, humans just can’t let some things go. One of those “things” has been mentioned more frequently in recent weeks among the investor and crypto community: perpetual motion machines.

Today we are going to discuss these perpetual motion machines, the eternal flame, and what both can teach us about the recent market sell off. 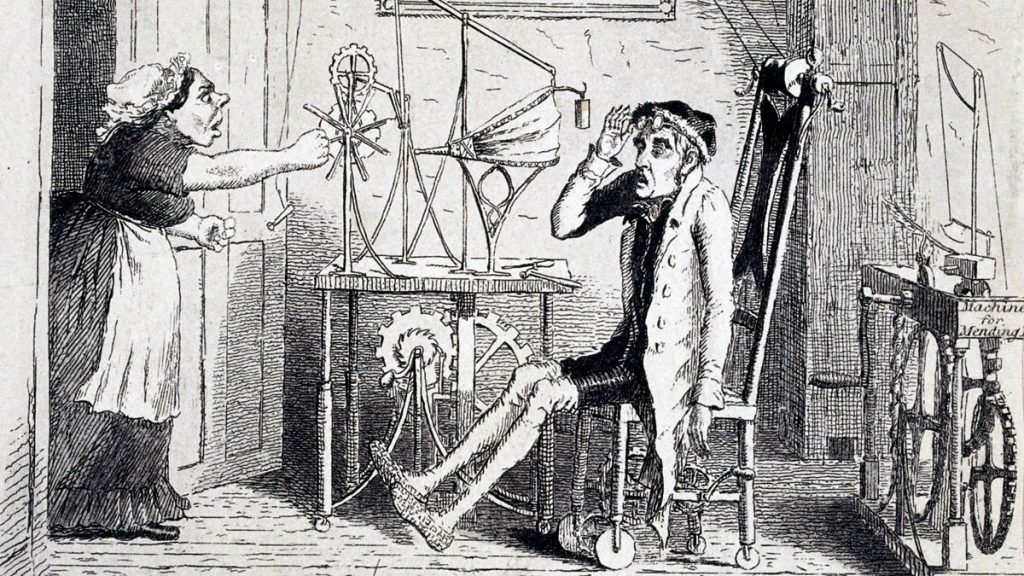 A perpetual motion machine is a device that can do work indefinitely without an external energy source.

The problem with these machines is that none of them work. Yet, this has not discouraged inventors from trying their luck over hundreds of years.

The oldest plan for a perpetual motion machine is found in the 12th century. The Indian author, Bhaskara The Learned, designed a wheel of spokes filled with mercury. He theorized that as the wheel turned, the mercury should move within each container in a manner that always made one side of the axle heavier, producing a forward motion. However, the theory did not work in practice, as the wheel came to rest 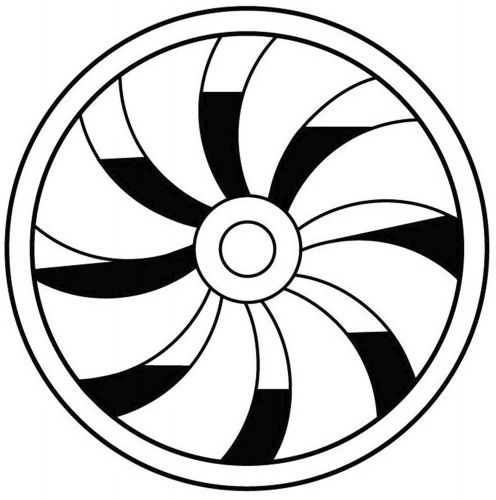 In the 13th century, a similar contraption was put forward by the French architect, Villard de Honnecourt. 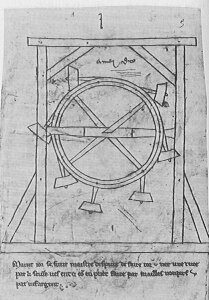 “Many a time have skillful workmen tried to contrive a wheel that should turn of itself; here is a way to make such a one, by means of an uneven number of mallets, or by quicksilver (mercury)…

there will always be four on the downward side of the wheel and only three on the upward side; thus the mallet or bag will always fall over to the left as it reaches the top, ad infinitum.”

Despite his confidence, Villard’s attempt at a perpetual motion machine was met with a similar outcome: failure.

Over the next couple centuries there were dozens of attempts by various inventors to create a perpetual motion machine, and all suffered the same fate. Even Leonardo da Vinci could not avoid the temptation, despite chastising other “perpetual motion” inventors, who he condescendingly grouped with alchemists:

“Oh, ye seekers after perpetual motion, how many vain chimeras [mythical creatures] have you pursued? Go and take your place with the alchemists.”

Yet, despite this ridicule, Professor Donald Simanek points out that just a few pages later in da Vinci’s notes there are diagrams of  “recirculation mills” that acted as “self-acting pumps”. Sounds a lot like perpetual motion machines, Leo.

Without getting too scientific (because I am awful at science), all perpetual motion machines are doomed to fail because they break at least one Law of Thermodynamics. Historically, most have broken laws one and/or two:

According to Live Science:

“A perpetual motion machine would have to produce work without energy input… [and] would have to have energy that was never wasted and never moved toward a disordered state.”

They may appear to work for a period, but all fail eventually (so, not perpetual). In short, perpetual motion machines don’t work because they break the laws of physics.

However, this impediment has not deterred enthusiastic inventors from claiming victory over the laws of physics, and duping investors / the general public that want to believe the hype. This brings us back to our good friend John Keely, who long time readers of Investor Amnesia will remember fondly.

To understand John W. Keely, it is worth noting that his career began as a carnival barker, a role entirely reliant upon one’s ability to draw in crowds using stories and showmanship.

This experience proved invaluable when Keely announced his newly invented ‘Perpetual Motion’ machine in 1872. The “Keely Motor” allegedly provided a new form of energy at a low cost, and the charismatic founder proclaimed his invention could fuel a round trip train journey from New York to San Francisco using just one quart of water. In fact, according to Keely, a single gallon of water could power a return New York – Liverpool steamship voyage.

By 1899, however, journalists were calling Keely the “greatest fraud of the century”. So, what happened? 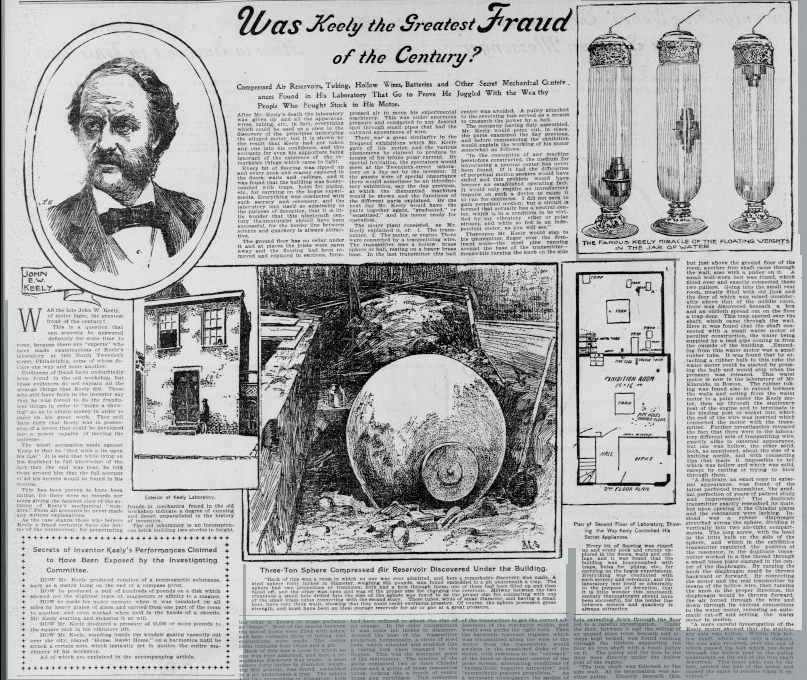 The 19th century was an age of innovation and discovery. This was an era filled with inventions like the telegraph, typewriter, railroads, and more. Utilizing his experience as a carnival barker and showman, Keely attracted investors with his confidence and seemingly endless scientific knowledge. In truth, Keely had no scientific background or experience.

To the layman, however, Keely’s use of scientific jargon gave him the appearance of a sophisticated scientist. Actual scientists and members of the scientific field were less convinced. Some skeptics noted, for example, that Keely was inconsistent with his jargon. In a demonstration on Monday, he might refer to his machine as a “vibratory generator”. In a demonstration on Thursday, he might call his invention a “hydro-pneumatic-pulsating-vacu-engine.” Sounds sciency! 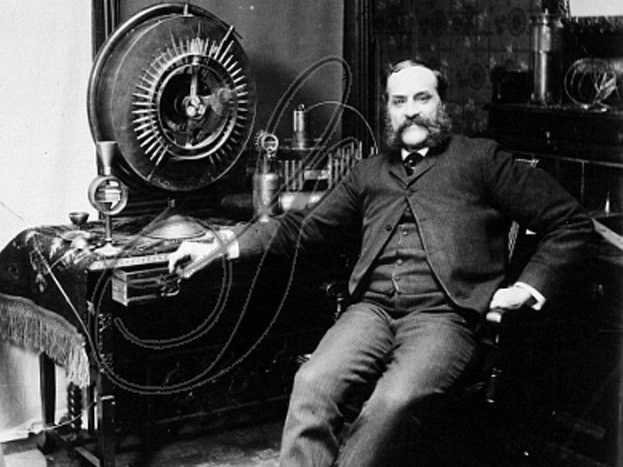 Yet, far from successfully inventing a revolutionary machine that would disrupt industries far and wide, Keely had in fact devised a contraption just sophisticated enough to fool those who witnessed his presentations. Keely’s demonstrations would show how the “energy” created by his machine could break iron bars, move objects, and more. Later, after Keely’s death, investigators discovered that all the “force” allegedly created by the Keely motor was actually powered by an enormous air compressor hidden beneath the floorboards. 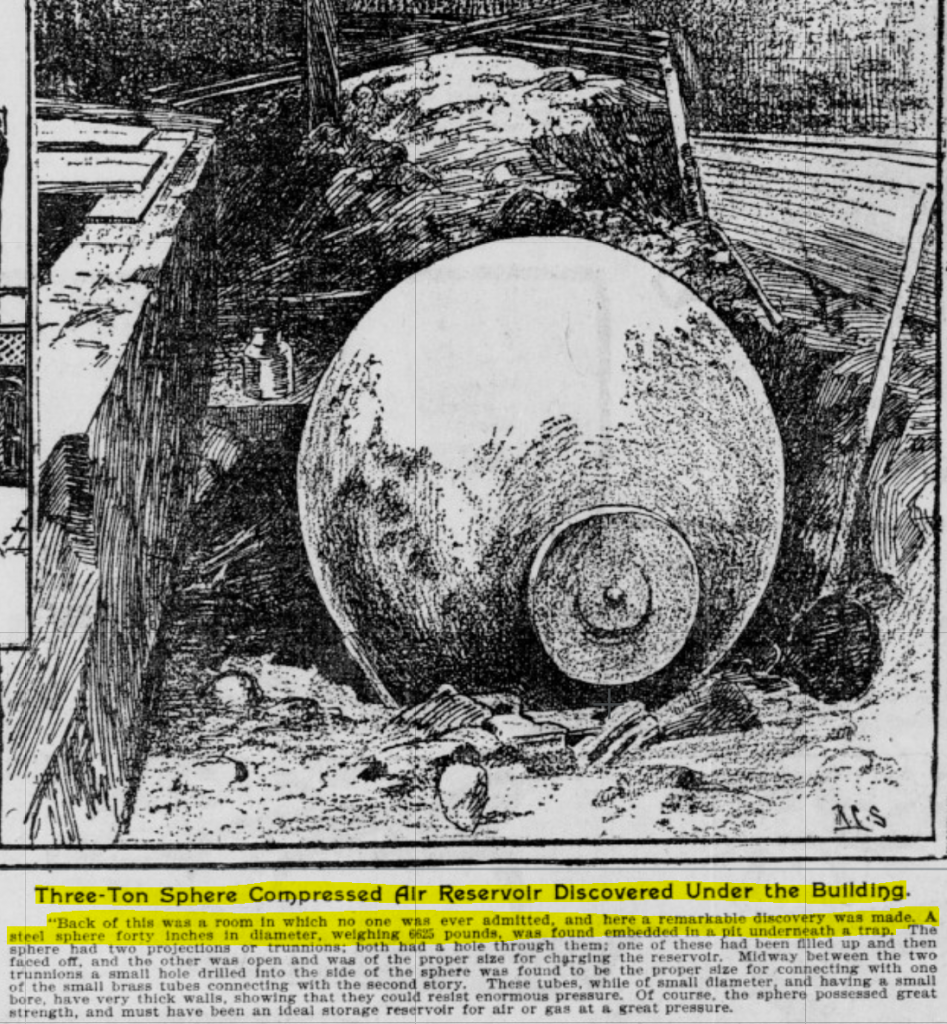 Luckily for Keely, the truth only came to light after he had died. Upon his passing, investigators scoured his laboratory in search of the facts, and quickly discovered his nefarious trickery. 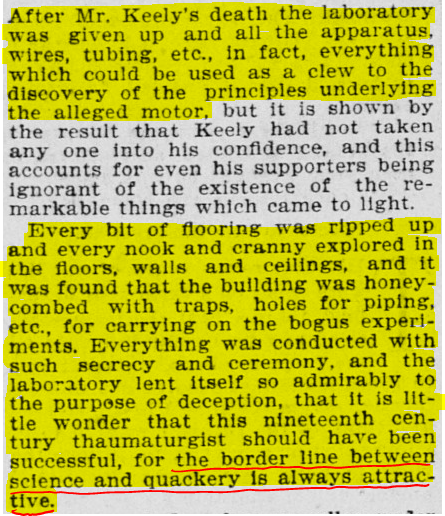 Remarkably, some of his supporters still defended the disgraced inventor, claiming that “he was forced to do the fraudulent things in order to ‘make a showing’ so as to obtain money in order to carry on his great work.” 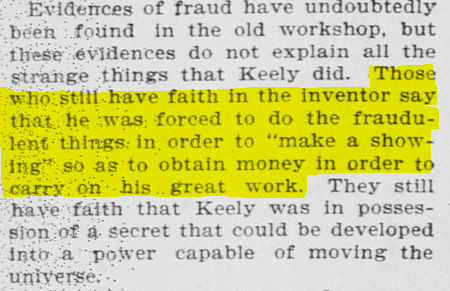 A psychology professor at the time claimed that the secret wires and trap doors discovered at Keely’s laboratory were not even necessary for uncovering the fraud, as Keely’s actions and behaviors alone were damning: 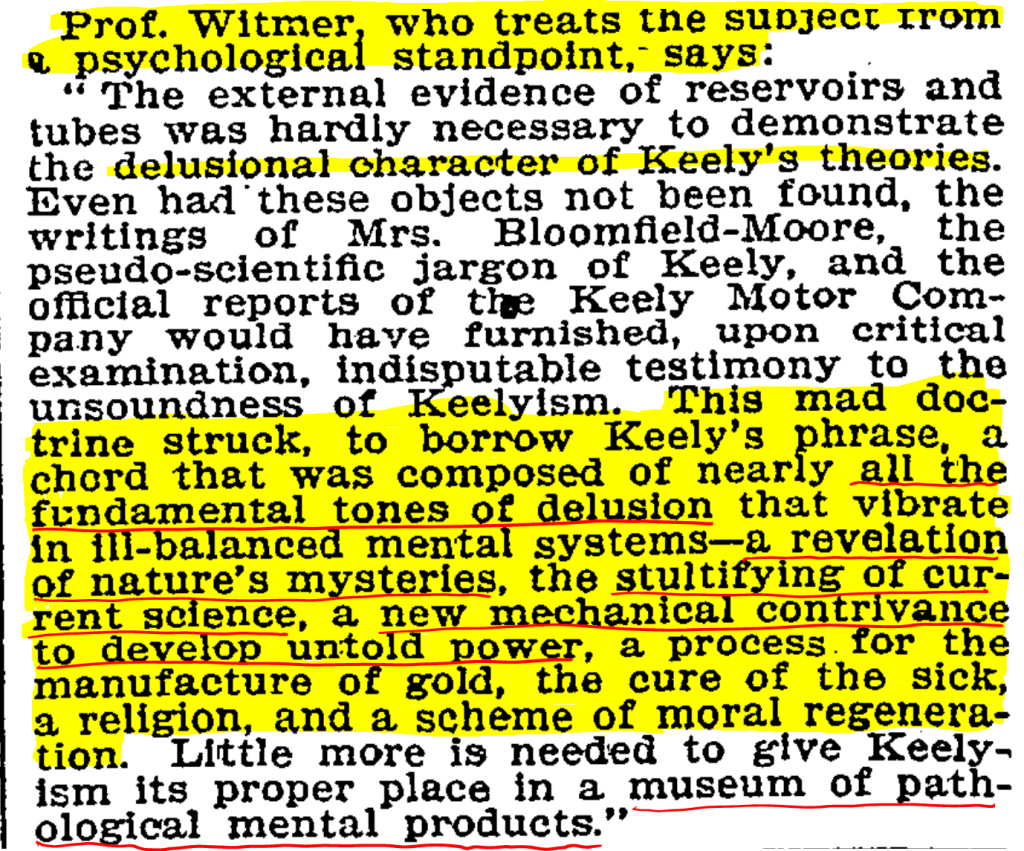 So, why I am talking at length about perpetual motion machines? Well, recently this term has been used in relation to the unraveling of cryptocurrency Luna, and its associated “algorithmic stablecoin”, TerraUSD (UST). For example, in his Odd Lots appearance, Sam Bankman Fried (CEO of FTX, one of the world’s largest crypto exchanges) had this to say: 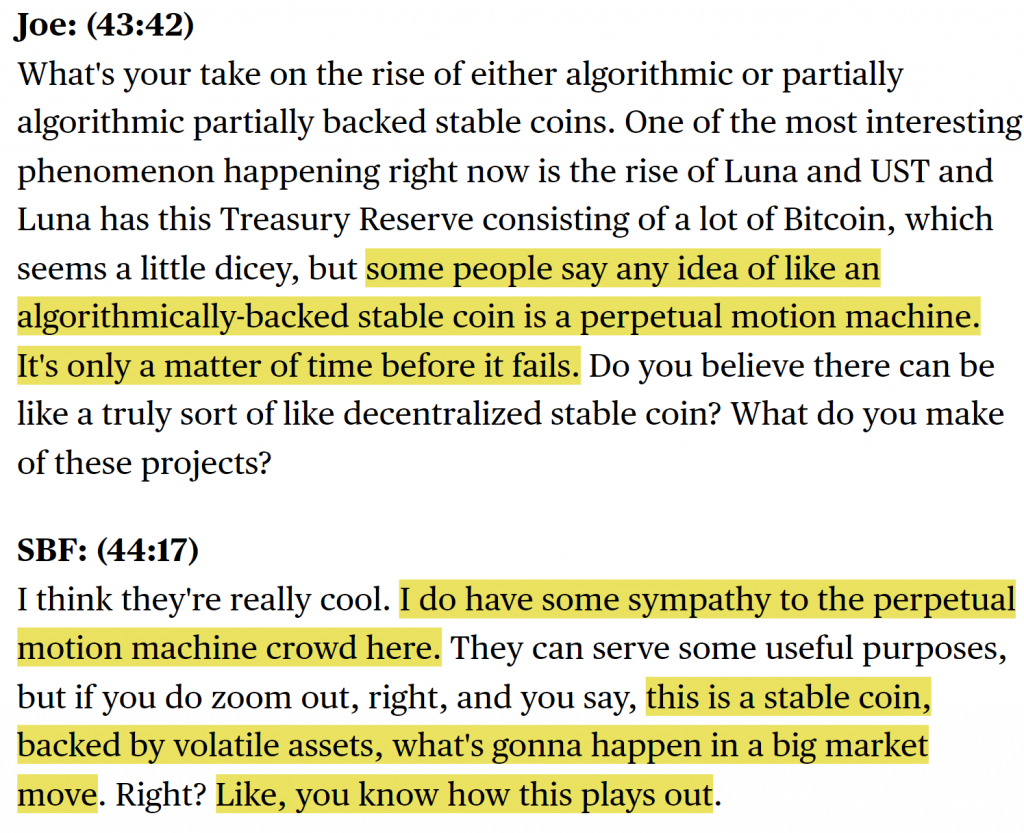 This story has been covered ad nauseum so I won’t spend too much time on an overview, but I think Matt Levine gave a useful and succinct summary:

“The basic idea of an algorithmic stablecoin is that you can always exchange one UST for $1 worth of Luna, Terraform’s other cryptocurrency, which is meant to guarantee that UST always trades at $1.

In short, Luna is a traditional cryptocurrency that really only has value as long as the crypto community and investors believe in its value / long-term future. UST (TerraUSD), is an algorithmic stablecoin linked to Luna that is designed to always trade at $1. Always. While other stablecoins are backed by actual dollars and cash equivalents, UST was supposed to maintain its $1 peg through Terraform’s algorithmic process and exchange mechanism with its linked cryptocurrency Luna, where people can exchange one UST for $1 of Luna.

As Matt points out, however, what if no one wants Luna? Like many crypto projects and coins, the real value (and risk) comes down to the belief and “buy-in” of the community.

“If you overcome that — if you can find a way to make Luna worth some nonzero amount of money — then everything works fine. That is the whole ballgame.” (Money Stuff)

In addition to collecting transaction fees and paying a portion of those fees out to Luna holders as “interest”, another way to make Luna valuable is by hyping up the value of Terraform Labs’ ecosystem, and all the exciting projects being built on top of their cryptocurrencies by a passionate community.

“Talk about building an ecosystem of smart contracts, programmable money, etc. on top of Terra and Luna, so that people treat Luna as a way to use that ecosystem — as effectively stock in the company that you are building — and ascribe a lot of value to it.” (Money Stuff)

Before long, some of the “innovative” and “revolutionary” projects associated with this ecosystem start to sound like Tom Haverford trying to make fluoride in tap water sound exciting in Parks and Recreation:

Flashing forward, we all know how this played out. Luna has dropped like a stone and UST traded as low as $0.12, which is very much not the $1 it is supposed to always trade at.

In the end, the Luna/UST debacle was very similar to perpetual motion machines. Although such machines may appear to work for a period, eventually they cannot escape the laws of thermodynamics. It is just a question of how long they can delay the inevitable.

With Luna/UST, their algorithm promised a “perpetual motion machine” of sorts where each currency would support the other, pay out a 20% yield, create a stronger ecosystem, etc. Eventually, this stablecoin also had to face the inevitable laws of economics and finance: the system only works if people have faith in it and ascribe value to the currencies. Otherwise, the machine breaks. 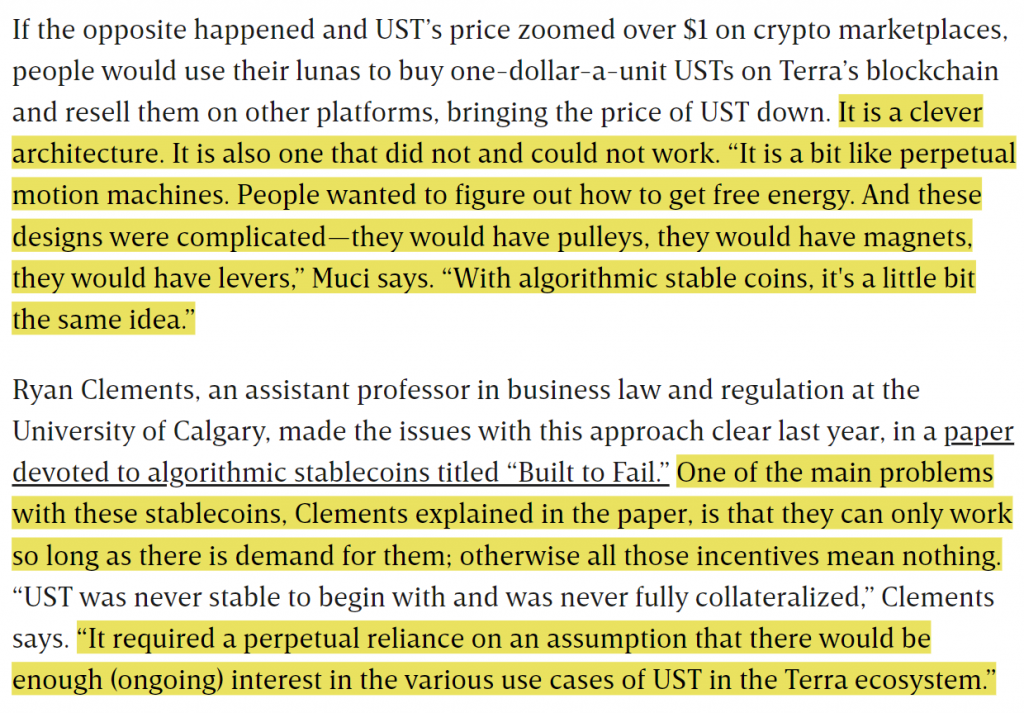 What can we take from all of this? First, it is tempting to ignore the immutable laws of economics and finance when the price of an asset soars. If you’re raking in money on an investment, why question its merit? Well, the Luna implosion is a reminder of why you should question its merit.

Humans are predisposed to chase the next big shiny thing and ignore reality until its too late. For a thousand years inventors have tried to create a perpetual motion machine, and none have succeeded. Yet, each time, these inventors find a group of investors willing to fund their project.

Downturns like the one this year are a reminder to ensure that you are investing in things with actual substance and durability. The finance equivalent of perpetual motion machines are “exciting” new assets and investment opportunities that derive their value almost entirely from external enthusiasm and belief. At some point, as with all such machines, the momentum stops. Narrative alone is not a long-term energy source.

Instead, investors should look for opportunities that combine narrative with strong business fundamentals (free cash flow, earnings, etc.) that can fuel progress. In contrast with perpetual motion machines, I think a prime example of combining narrative with real substance is the eternal flame at JFK’s gravesite in Arlington cemetery. There is a clear narrative and powerful message associated with this eternal flame, but it is also not made possible by some “magic”, there is a very real source of energy (gas) being supplied by  Washington Gas and Light Company. The perfect combination of narrative and durable energy source. 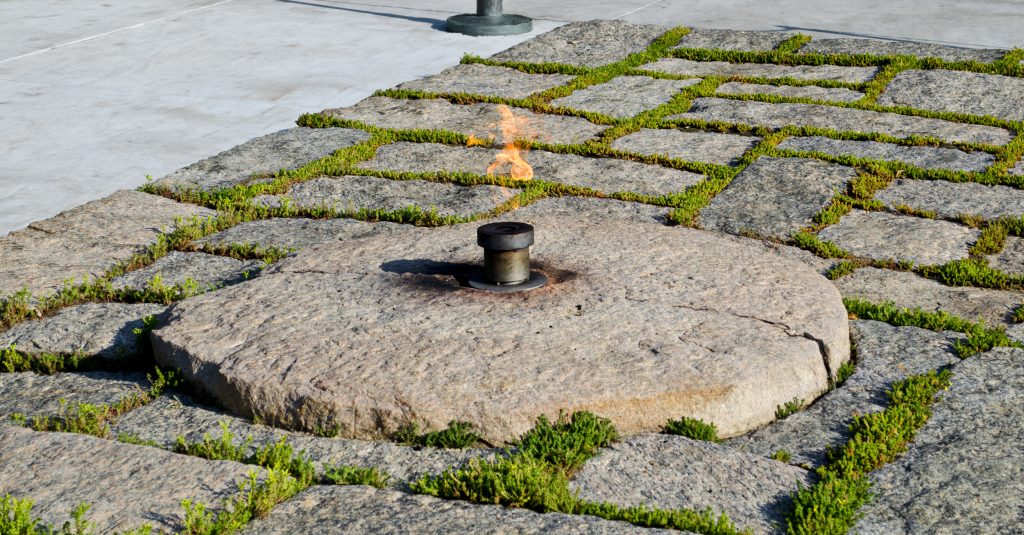 As many companies and investors are discovering this year, narrative alone does not get you through a recession or economic downturn.