By Miles Kellerman August 1, 2022 No Comments 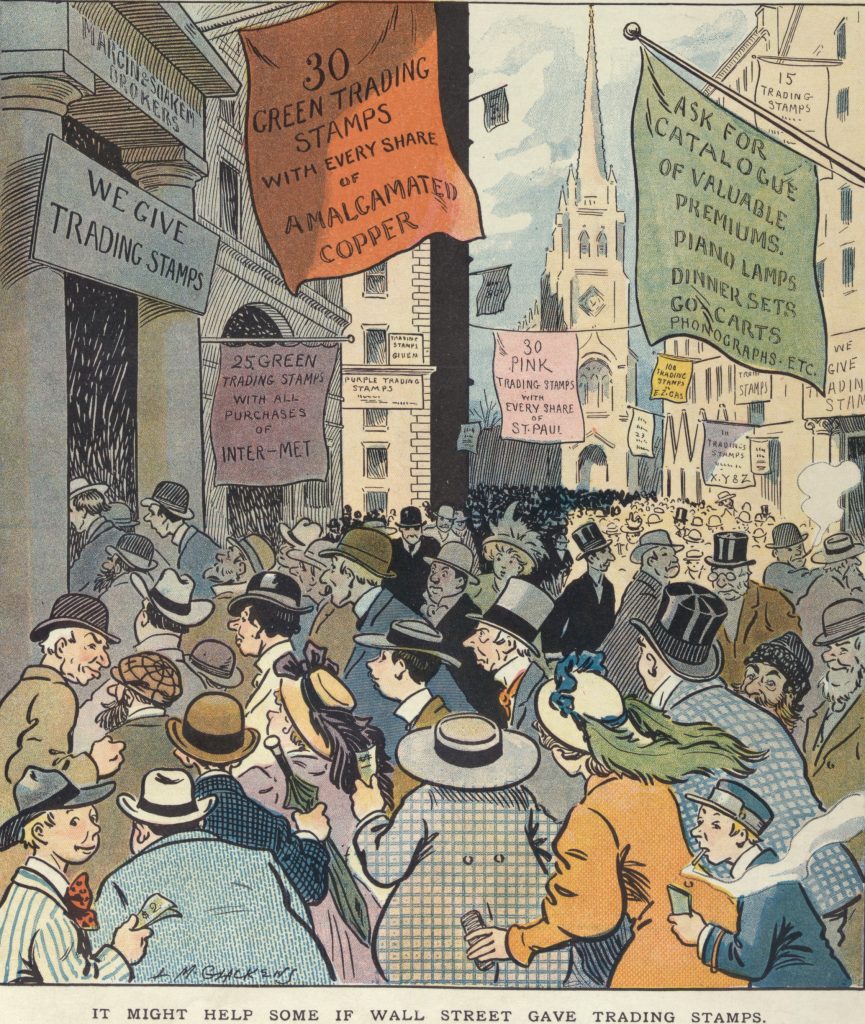 Stream by AlphaSense is an expert interview transcript library that has been an integral part of countless analysts’ research process. They are a fast growing expert network with over 16,000 transcripts on a wide variety of industries (TMT, consumers, industrials, real estate and more). Stream offers an incredibly high quality transcript library (70% of experts are found exclusively on Stream) and easy-to-use interface. 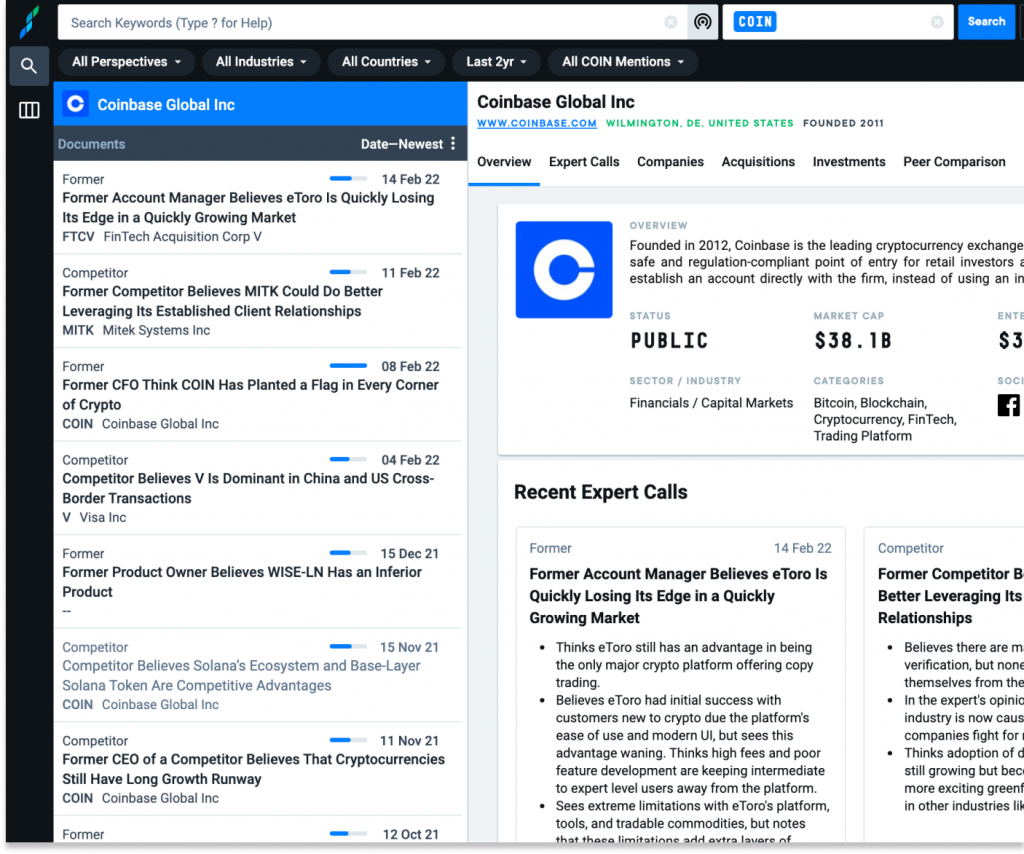 Today’s article is very exciting, as it’s the first guest post – of hopefully many – to be published on Investor Amnesia!

I have always viewed Investor Amnesia as a link between the professional financial / investment community and financial history academia. With so many bright individuals in each community, it’s unfortunate that there seems to be such little crossover and interaction between the two. By sharing brilliant research from financial history academics, I hope Investor Amnesia highlights the importance of history to finance and investment professionals.

Through my financial history niche I’ve been fortunate to speak with many people in financial history academia (professors, lecturers, PhD students, etc.). One of those people is Miles Kellerman, who just finished his Ph.D. at Oxford, and emailed me about writing a guest post for Investor Amnesia that summarized his longer article published in Regulation & Governance, a peer-reviewed academic journal.

New content is more than welcomed, but writing shortened versions (1500ish words) of articles you’ve already published is great, too! Guest posting on Investor Amnesia can help generate publicity and interest in your research (old or new). Additionally, Investor Amnesia provides a useful medium for sharing your research outside of academia, and to the finance / investment professional community.

That said, today, I hope you all enjoy reading Miles’ piece, and make sure to check out his full-length article if interested!

This article was written by Miles Kellerman. Miles completed his Ph.D. at the University of Oxford in 2020. His work examines the political economy of detecting financial crime, and has been published in numerous peer-reviewed outlets. He is currently an Associate Director of Financial Crime Compliance Advisory at Exiger.  [Twitter & Academic Portfolio]

From Oliver Stone’s 1987 classic Wall Street to Showtime’s hit TV show Billions, we love the drama of market manipulation and insider trading. Rarely considered, however, is the process by which such schemes are identified: trade surveillance. And, as I detail in a recent article, the history of U.S. trade surveillance is fascinating, reflecting power dynamics between private firms and the SEC that have shaped the regulation of America’s capital markets.

The SEC is often portrayed as an all-knowing authority, one that monitors our every move to spot criminal schemes. But, contrary to public perception, the SEC has traditionally lacked the capacity to directly surveil orders and trades. Throughout the 20th century the Commission outsourced this task to exchanges, whom they expected to monitor their own markets and report any activity that might be criminal. As one official summarized in reference to a study in 1981, “…the Commission was shown to be totally dependent on these other organizations to supply us with even the most basic information concerning the marketplace.”

In addition to performing surveillance, U.S. exchanges established their own rules and systems to arbitrate conflicts. In 1969, NYSE installed a white-colored telephone on the floor of the exchange which members could use to obtain official interpretation of ‘Floor Rules.’ Members could also be disciplined for violations – or simply being rude. In one memorable event, NYSE issued a stern warning to one trader who was allegedly withdrawing offers and knocking members around on the floor of the exchange.

In return for performing these functions, exchanges were granted the special legal designation of Self-Regulatory Organizations. SRO status provided exchanges with immunity from civil liability for actions taken in their role as a quasi-regulator, a protection normally reserved for judges and public prosecutors. Exchanges were, in effect, little sovereign kingdoms. But in 1978, as Shadow Dancing topped the Billboard 100, their authority would be challenged.

The SEC’s Attempts to Disempower Exchanges Toward the end of the 1970s, the standardization of futures and options contracts induced a rapid proliferation of securities fraud. After commissioning a study, the SEC was dismayed to find not only that they were completely dependent on exchanges for information, but that the surveillance systems put in place by those exchanges was sub-par. The SEC subsequently proposed to create the so-called Market Oversight Surveillance System, which would ingest data from all exchanges and allow the Commission to independently monitor trading – a modern Panopticon.

NYSE, the predominant American stock exchange, was incredulous. In a 1981 speech expressing deep concerns about the MOSS project, its President was explicit: “The fact remains that self-imposed discipline is always more effective – and certainly more palatable – than discipline imposed from outside.” Archival documents corroborate a general fear within NYSE that the SEC would undermine its capacity to self-govern. “The objective of the statutory scheme,” one staffer warns in 1980, “is for the SEC to ensure that the SROs do their job properly, not for the SEC to take the job away from them.”

The battle was on. And the exchanges would have numerous opportunities to lobby against MOSS during its pilot program, in which 13 algorithms were designed to detect irregular activity in 670 stocks and 20 options. 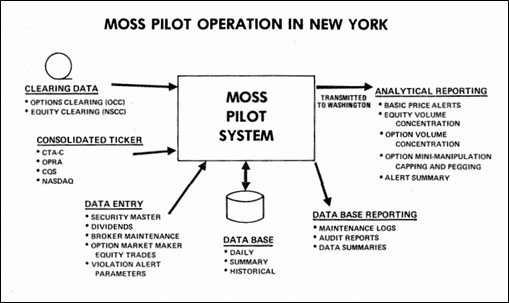 By all accounts, the MOSS Pilot was highly effective. It was reported that 25% of the alerts MOSS generated had not been previously recognized by an SRO, and SEC enforcement staff were highly enthusiastic about its capacity to facilitate more efficient investigations. In private, even NYSE employees could not deny its potential: “[the pilot staff] are finding it advantageous to be able to relate the various data groups to each other.”

But because the pilot required public funding, exchanges could express their reservations during appropriations hearings. The primary battle occurred on March 20th, 1980, and internal documents confirm that NYSE met with numerous members of Congressional Subcommittee on Consumer Protection and Finance prior to the hearing. While completing archival research, I found numerous talking points in internal NYSE memoranda that were repeated (in some cases verbatim) during the hearing. Subcommittee Chair James Scheur summarized, “the general feeling we get from the industry [is] that…They have a general feeling that it is a threat to them…” 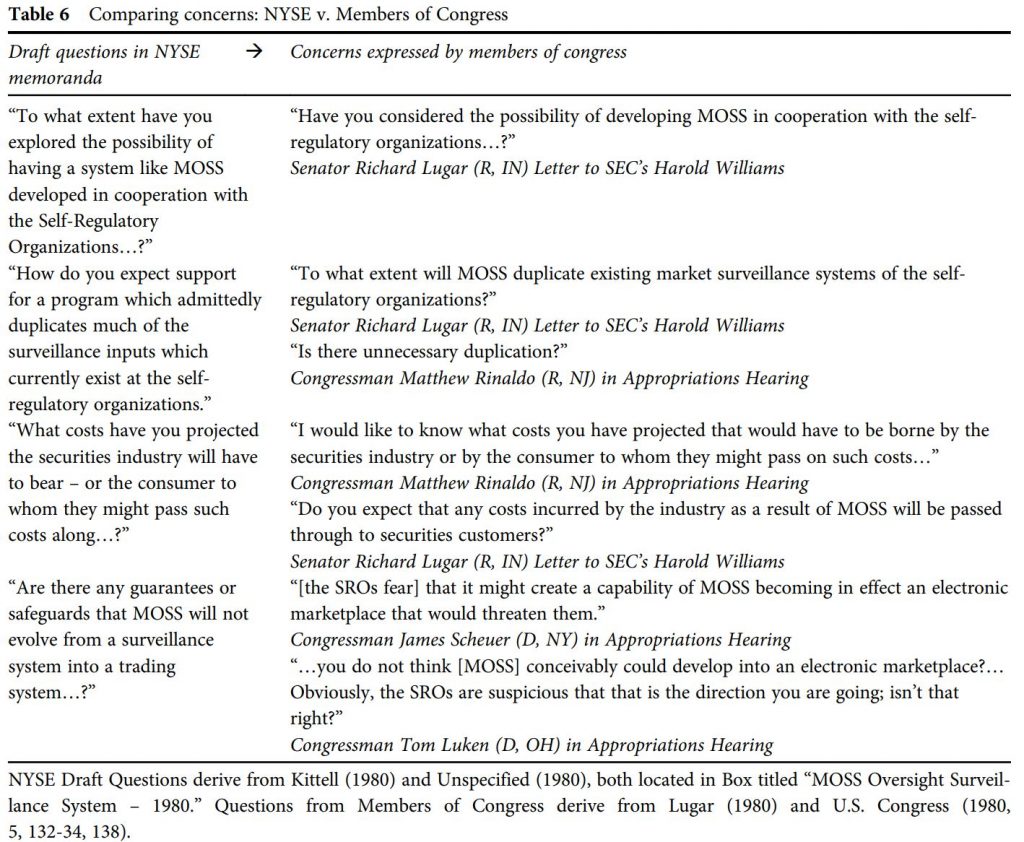 Despite his best efforts, the SEC’s Commissioner and former UCLA business school Dean Harold Williams was doomed. NYSE staff reported back to headquartered with delight, “…it was mostly downhill for Williams, [he was] pummeled with repeated questions and charges.”

The Exchanges Deal a Final Blow: The Inter-Market Surveillance Group

Right as Congress was expressing serious doubts about the MOSS on behalf of the exchanges, the election of Ronald Reagan was transforming the SEC. Williams was swiftly replaced with John Shad, a Republican who once told The New York Times that SEC reporting requirements should be reduced lest “corporations hurt their image by disclosing too much unfavorable information.” 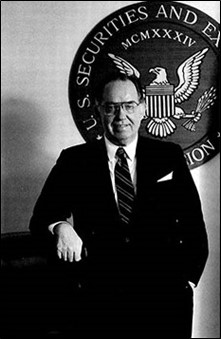 The exchanges subsequently proposed an alternative to the MOSS: they would cooperate amongst themselves by exchanging information through a new organization, the Inter-Market Surveillance Group. Shad, a self-regulatory evangelist, was easily convinced. But an internal SEC memo notes another possible motivation: “[Shad’s] real agenda is not to find himself in the uncomfortable position of explaining publicly why the SEC failed to detect market problems after Congress gave the Commission a charter and money to create MOSS.” In other words, transferring surveillance to the private sector would save the SEC from embarrassment when markets went haywire.

SEC staff were frustrated with the slow pace of MOSS’ implementation. Internal memos note that ISG meetings were occurring irregularly, and, at one point, the system entailed brokers throwing their tickets into a bin on the floor, which would then be collected and sorted without automation or accuracy checks. “This plan,” one staffer vented, “would have practically no impact on current surveillance activities of the exchange…the proposed ‘audit trail’ by the NYSE cannot be accepted as a basis for pulling back on MOSS.” Nevertheless, this is precisely what would occur, and the exchanges retained their right to self-govern.

From the Past to the Present

The exchanges’ tight grip on surveillance would remain until 2010, when the Flash Crash ignited fresh concerns within the SEC about its dependence on SROs. The politics of their new initiative, the Consolidated Audit Trail, are beyond the scope of one blog post. But as one interviewee with knowledge of the matter adeptly summarizes, “The CAT is a clusterfuck.”

Nevertheless, the CAT has succeeded where the MOSS failed, and the SEC now possesses access to a consolidated database of U.S. securities trading. It is worth reflecting, however, on how things may have been different if the Commission hadn’t abandoned the MOSS. How many more cases of securities fraud might have been identified? Would the SEC have been in a better position to quickly assess asset bubbles and take appropriate action? How might the 2008 crisis have played out if the SEC had better tools at its disposal? The answers, unfortunately, are lost to the politically charged history of U.S. trade surveillance.