By Jamie Catherwood November 6, 2022 No Comments 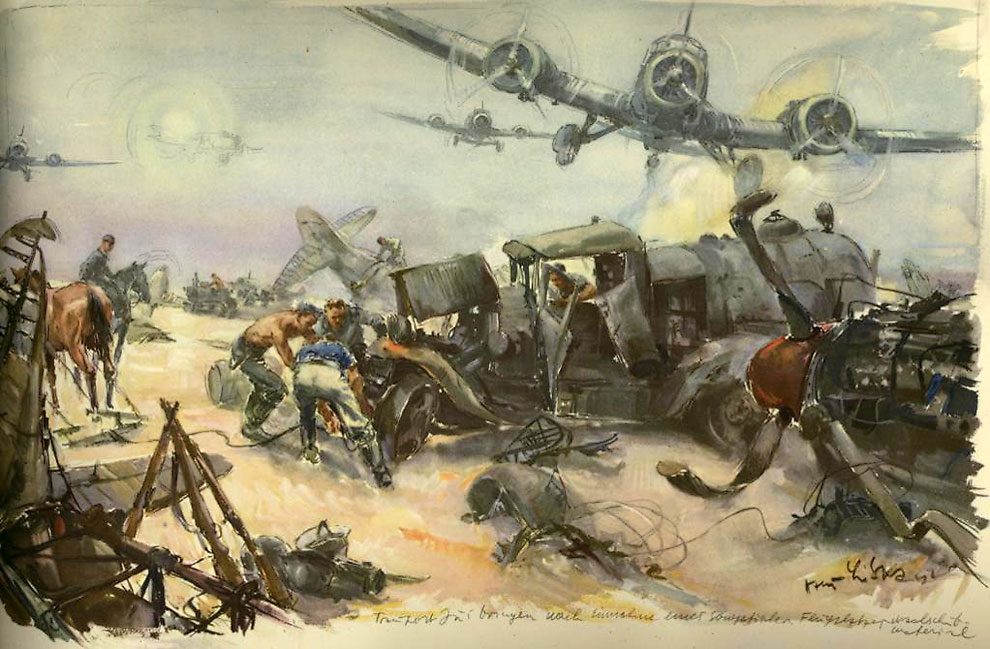 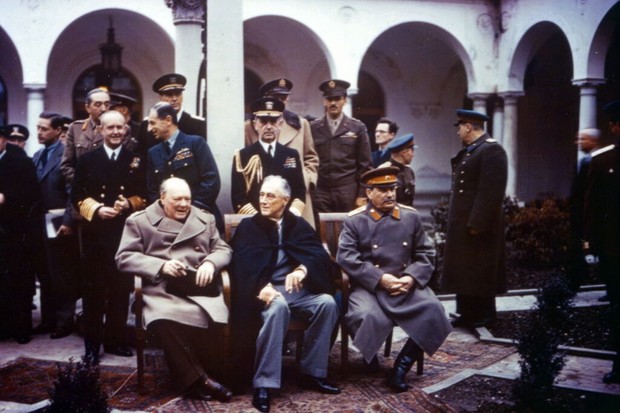 Happy Sunday, readers! I hope everyone enjoyed their extra hour of sleep this morning as clocks rolled back an hour. Quite a pyrrhic victory, however, as it will start getting dark at 5PM now…

Today’s newsletter is going to be a bit shorter than usual as it is my lovely fiancée’s birthday, and we have some celebrating to do! However, over the last two weeks I’ve been really enjoying the “World War II in Color” documentary on Netflix (featuring many professors from my alma mater, King’s College London!).

This incredible docuseries is filled with lessons and insights on human behavior, strategy, decision making and more. Today I want to discuss a few of these lessons and anecdotes, and how they apply to investing in financial markets. 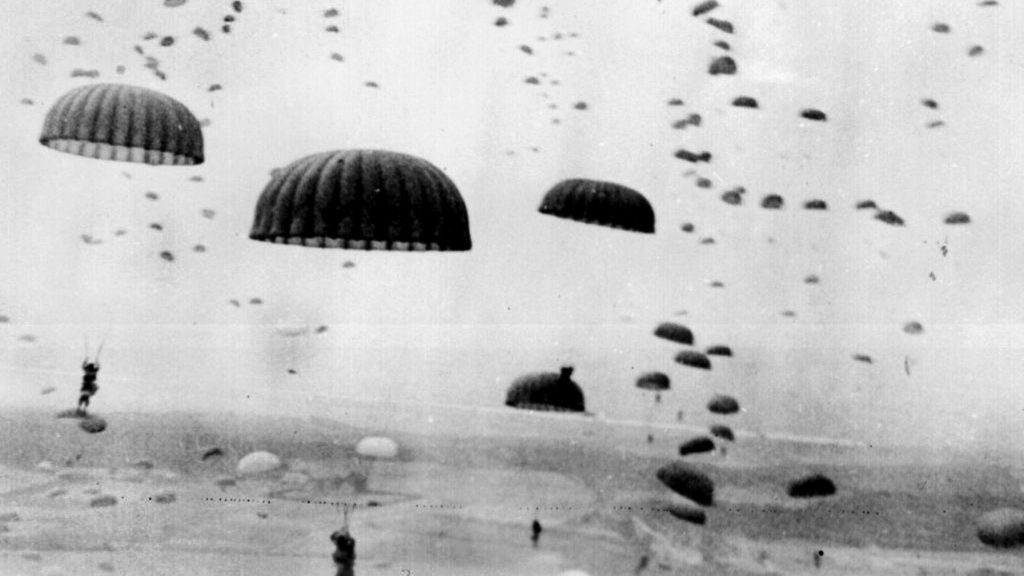 On June 6th, 1944 the allied forces carried out “Operation Overlord”, which aimed to successfully invade German-occupied France. Today, of course, we know this date as “D-Day”. One aspect of this famed battle that I find fascinating is Operation Titanic, which occurred the night before D-Day (June 5th).

“Operation Titanic was a four-stage scheme that consisted of noisemakers, chaff (designed to look like a blob on radar), paradummies, and SAS commandos.

The third stage of the operation involved the deployment of “paradummies,” or dummy paratroopers, from four Royal Air Force (RAF) squadrons flying over four separate drop zones across Normandy. From a distance, according to a declassified OSS report, “the actual proportions of these dummies cannot be perceived by the enemy because of the absence of background, which allows for no standard of comparison.” These paradummies attempted to draw German troops away from defended drop zones and fortifications. The designs of the decoys were made from hessian cloth, essentially sandbags that looked like mini human figurines.” (Source)

Yes, you read that correctly. To spread confusion and general chaos amongst German military forces the night before D-Day, allied aircraft dropped 300-400 “paradummies” (dolls) around Normandy in order to draw German troops out of position. 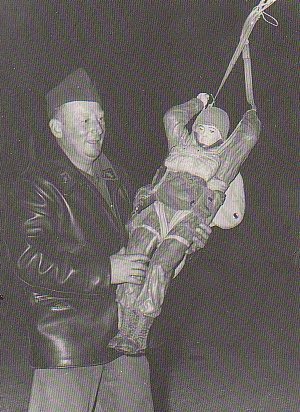 One of the “Rupert” paradummies

One of the historian’s describing this genius plan made a comment that stuck with me:

The paradummies thus served two purposes. First, draw German forces out of position by faking a large paratrooper drop with paradummies. Second, manipulate German forces to the point that when actual allied paratroopers drop in later that day, Nazi troops will assume that they are also fake and not engage.

I found this particular aspect of the whole operation fascinating because its lessons are so broadly applicable. When we become accustomed to constant “false alarms”, we become “false alarm intolerant” and react poorly when legitimate danger arises (i.e., the boy who cried wolf). This type of scenario occurs in financial markets all the time. For years, simply “buying the dip” every time markets briefly dropped was a successful strategy because markets always quickly rebounded. Many investors became accustomed to this approach; assuming every dip would be quickly followed by a rebound, and that “dips” would never become a “drop”.

Eventually, however, the negative news or sentiment causing these little “dips” will be forceful enough to induce an actual bear market or steep selloff. That bear market is equivalent to the real allied paratroopers that followed hundreds of Rupert paradummies.

NOT SO SURPRISING SURPRISES

We often look back at inflection points in history with the arrogant assumption that we could have avoided a situation by knowing how to do things differently. With hindsight, it’s easy to say that “oh we would have known that was coming”. The problem, however, is that many of the “surprises” and turning points in World War II were not actually surprises.

While always discussed as “Japan’s surprise attack on Pearl Harbor”, Japan’s operation was not in fact a secret. Many historians claim that there is direct evidence showing President Roosevelt was fully aware of an impending Japanese attack in Pearl Harbor.

What we know for certain, however, is that US military leaders in Pearl Harbor received multiple clear warnings of a Japanese attack on the day of September 7th.

“About 3:20 a.m., December 7, minesweeper USS Condor (AMc-14) approaching the harbor entrance reported sighting a periscope to Ward. This was one of the five 46-ton Japanese “midget” submarines tasked to penetrate the harbor and attack battleships. After a fruitless search, the contact was dismissed as bogus. Outerbridge went back to sleep in his sea cabin…

At 6:30 a.m., alert lookouts on stores ship USS Antares (AKS-3) approaching the Pearl Harbor entrance sighted a small submarine conning tower. She alerted watchdog Ward. The phone rang by Outerbridge’s bunk. The officer of the deck barked, “Captain, come on the bridge.” Outerbridge’s initial reaction was to administer a lesson in naval protocol that junior officers do not order the captain to do anything. But the officer of the deck repeated, “Captain, come on the bridge.”

Outerbridge immediately sensed the urgency in the voice and rocketed to the bridge. Just seven minutes after Antares’ signal, two shots rang out from Ward’s four-inch guns. The second shot penetrated the submarine at the base of the conning tower. The Ward followed up with a depth charge pattern. The submarine sank, though it was located decades later with the shell hole visible at the base of the conning tower.

Ward broadcast a startling report: “We Have Attacked, Fired Upon and Dropped Depth Charges on a Submarine Operating in the Defensive Sea Area’.” (Source)

However, Ward’s report was ignored by the duty officer that received the information.

“Third, at the best and northernmost radar site at Opana on Oahu, two very junior enlisted men, Joseph L. Lockhart and George E. Elliot, were about to shut off their set on schedule at 7:00 a.m. when at 7:02 a.m. they saw by far the most sizable return echo they had ever observed: the American radio waves etching a startling, broad, vertical spike on the Opana oscilloscope rebounding from some of the 183 aircraft of the first wave of Japanese attackers. The perplexed pair reported about 7:15 a.m. to the Air Information Center at Fort Shafter a major flight of aircraft to the north, now about 88 miles distant.” (Source)

Yet, again, when this information was relayed to the higher-ups, the information was ignored. Officials thought that this group of planes on the radar were actually American B-17s. 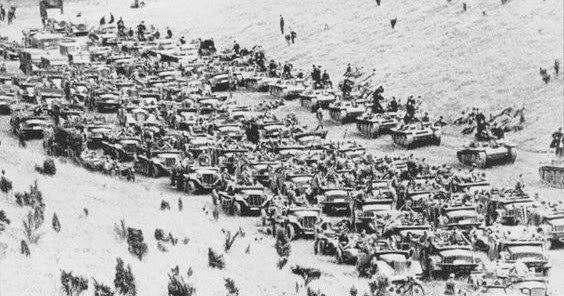 Similar to the buildup in Pearl Harbor, Nazi Germany’s invasion of France also could have gone very differently had intelligence reports not been ignored by French command.

As Nazi forces moved in, a congestion of German infantry and tank divisions led to a traffic jam of historic proportions.

“The German infantry, which was supposed to use a different route, came onto the same road as General von Manstein’s massive army. The infantry and tank division convergence caused enormous confusion and chaos. The vehicles started to progress at a snail pace with a bumper to bumper traffic.

The overarching theme of today’s shortened Sunday Reads is that “surprises” are often not the result of information gaps, but failures to discern which information is important/true. In each of these examples, the issue was not a lack of information, but what individuals did with that information. There were multiple instances of allied command receiving warnings about an impending attack, and those warnings being categorically ignored.

In most cases, information was ignored because of individuals preconceived notions of what was realistic or expected. In other words, “that cannot be true because why would the enemy do that”. Leaders ignored accurate information because they personally found the information implausible.

Enjoy the rest of your Sunday!

Missed Part III of the “Legends of Market History” series? Click here to learn about the world’s first short seller