By Jamie Catherwood December 18, 2022 No Comments 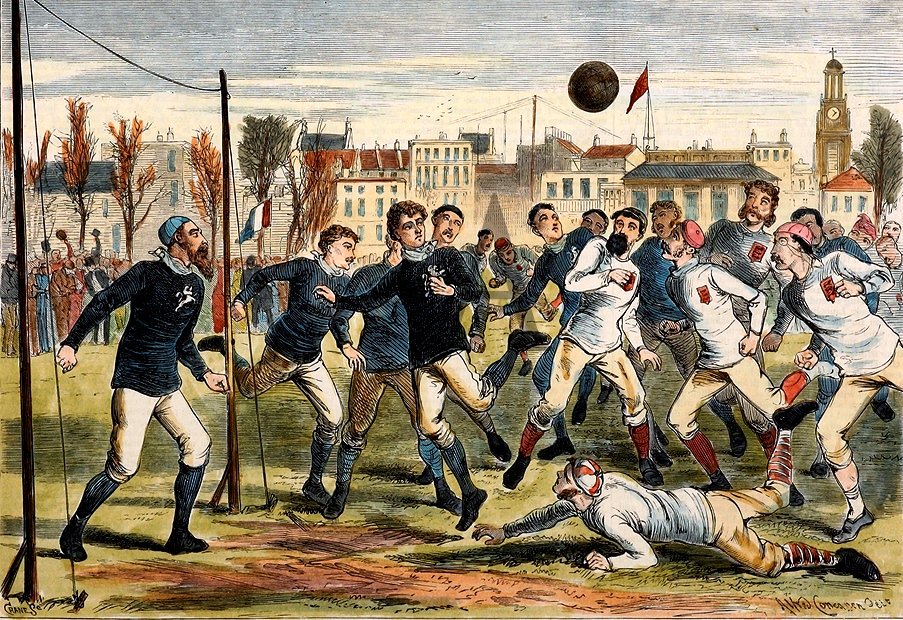 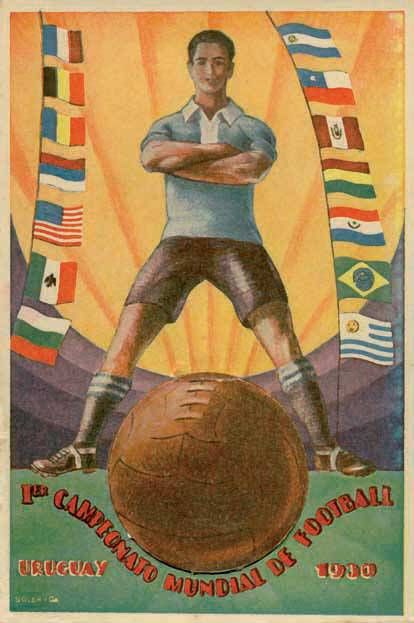 The first international football (soccer) match took place on November 30th, 1872, when England and Scotland drew 0-0 in Glasgow, Scotland. Six decades later, the first World Cup tournament was hosted by Uruguay in 1930. Now, 150 years after that first international football match, one of the most controversial World Cups in history comes to a close as Argentina face France in the tournament final.

Even the most casual of Investor Amnesia readers will know how deeply I love football (soccer), particularly Tottenham Hotspur and the England national team (I’m still hurting from the France game last weekend). The truth is that after England went out my interest in this World Cup dropped precipitously, but France vs. Argentina should be an entertaining final.

And so, in honor of today’s World Cup final, today’s newsletter covers the intersection of international soccer, history, finance and of course… the World Cup. 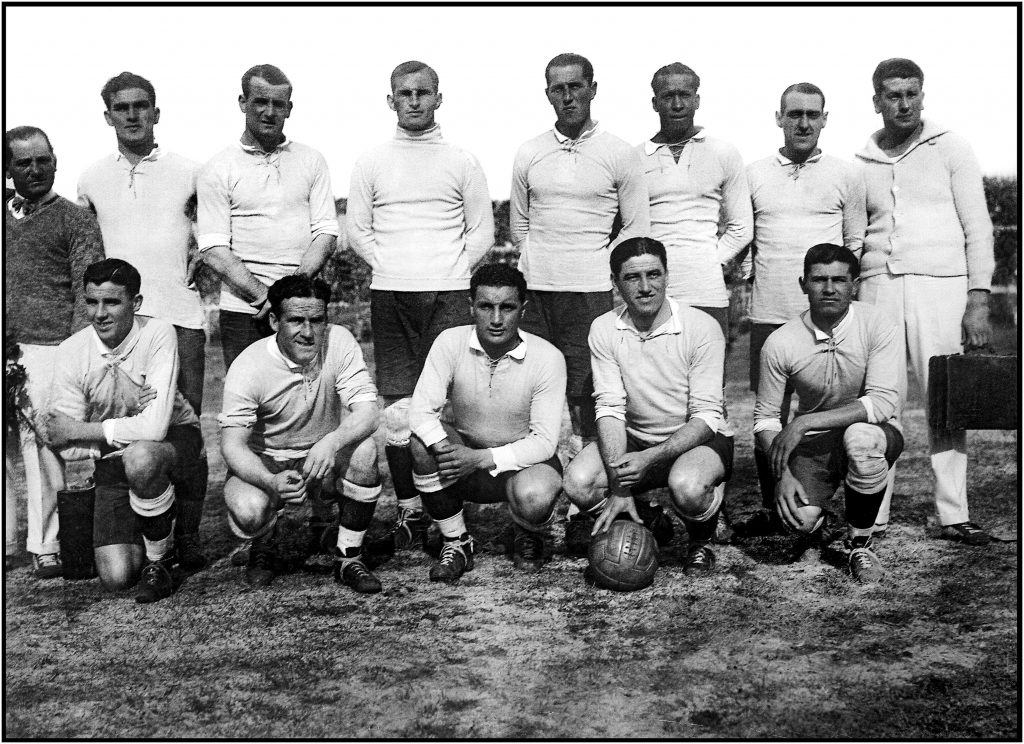 Uruguay hosted the inaugural World Cup back in 1930 and it was… interesting. It is impossible to include all the incredible stories from this first tournament, but I’ll highlight a few below. 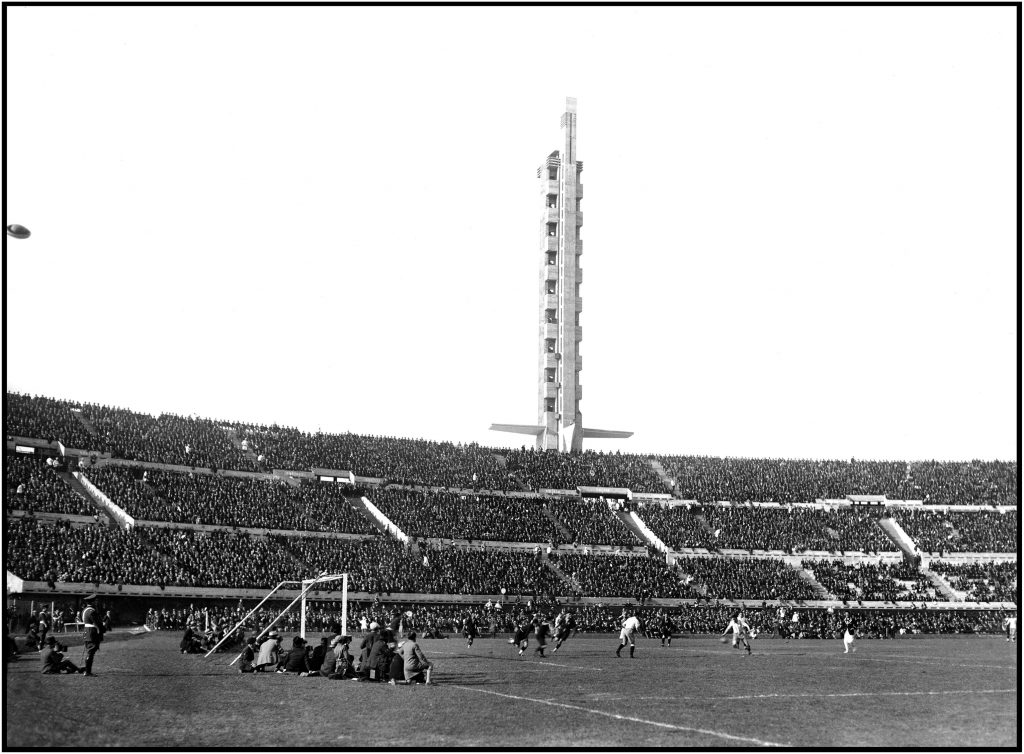 Although it was the host nation (Uruguay) that ultimately won this inaugural World Cup, Argentina is also closely linked to the 1930 World Cup, but for very different reasons. The Argentine national team was infamous for controversial and (often) violent behavior. In most cases, Argentinian defender Luis Monti was at the heart of each controversy. 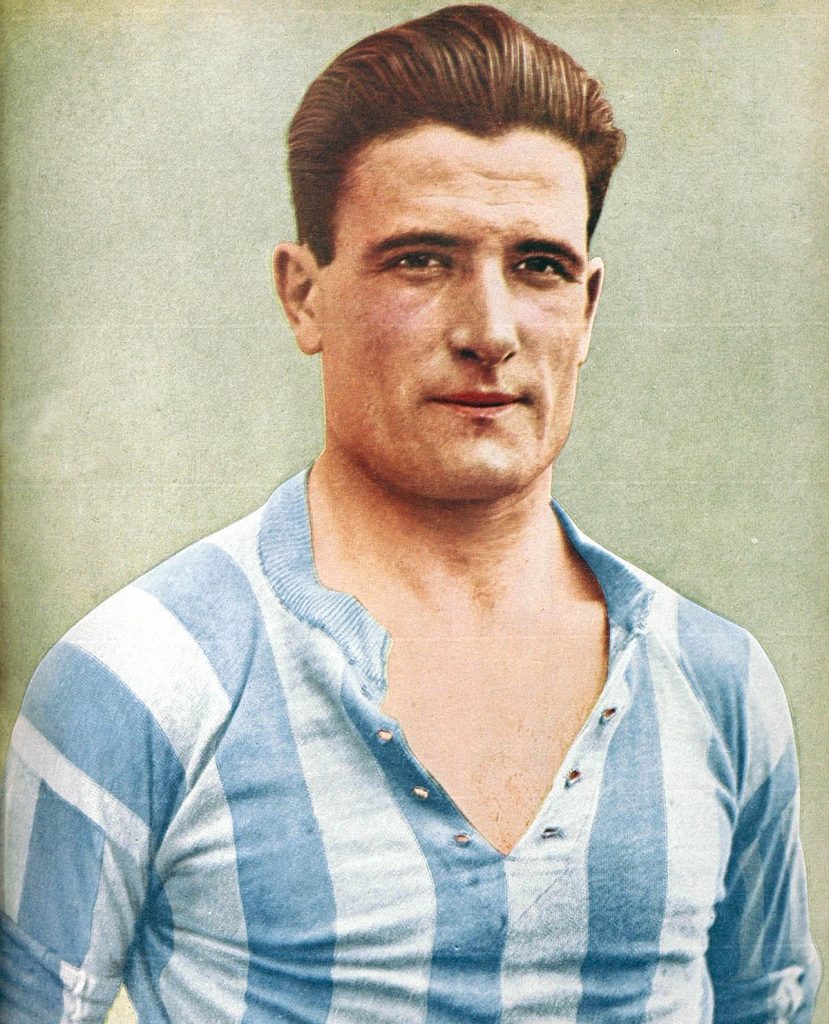 Luis Monti was a defender known for his aggressive and physical style of play. The most memorable thing about Luis Monti, however, is the fact that he remains the only player in history to represent different national teams in two World Cup finals. In the 1930 World Cup, Monti helped carry the Argentinian national team to the final, where they ultimately lost to Uruguay (4-2). However, that final was not without controversy. Despite losing 4-2, Argentina actually led Uruguay 2-1 at half time and were dominating the game. How did Argentina blow their lead in the second half? Well, some have suggested there were death threats made at half-time to Argentinian players like Luis Monti.

“The very fact that Argentina then went on to concede three goals in the second period for Uruguay to run out winners 4-2 suggests that all may not have been well. Monti would offer a potential explanation for what some saw as a collapse in the second-half as Uruguay romped to the title.

Much later, Lorena Monti said that her grandfather had spoken many times about threats that had been received during his playing career in order to influence the outcome of games. The one regarding the 1930 World Cup final, related by her grandfather, seems the most poignant in her memory: ‘At half-time, when Argentina were leading 2-1, they said that if Argentina didn’t lose, they would kill my grandmother and my aunt’… Monti also told his granddaughter that many of the other Argentine players had received veiled threats, but nothing as specific as the one delivered to him.” (These Football Times)

Four years later at the 1934 World Cup in Italy, Monti once again took his team to the final. This time, however, Monti was playing for the Italian national team!

The 1930 World Cup was filled with strange and controversial events. Additionally, many aspects of that first World Cup are totally foreign to our modern lives. For example, it took many teams a full fifteen days to even reach the World Cup! Even more bizarre, many of the teams traveled together to Uruguay on the same boat, the Conte Verde! The picture below shows many of the different national teams together on Conte Verde. 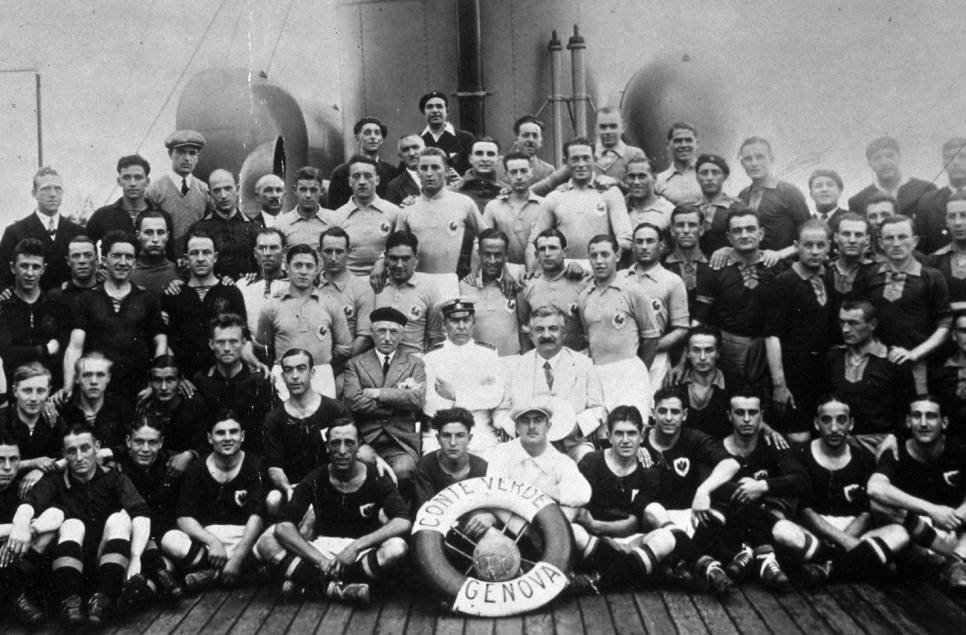 Even stranger, the 1930 World Cup only featured an odd 13 teams, and had very little European presence (e.g., England did not attend). Why the odd number of teams (13)? The Egyptians were late for their boat.

“After a three-day train journey to Marseille they [the Yugoslavia team] set sail on the mail steamship ‘The Florida’. They were supposed to be joined onboard by the Egyptian team but their boat from Africa was slowed down due to a storm in the Mediterranean Sea and they missed their connection. This meant that the tournament would go ahead with only 13 teams.” (These Football Times)

Some country’s approach to team selection also differed from today’s practices, particularly in Romania. The country’s brand new King Carol II, who only assumed the throne a month before the World Cup, immediately granted amnesty to all Romanian football players that had been suspended from the sport for various reasons. The enthusiastic King also spoke to businesses operating in Romania – including a prominent English oil company employing many of Romania’s best players – and threatened to close down their operations if they did not allow Romanian players to leave their job on paid leave for the World Cup.

One of the most questionable aspects of the 1930 World Cup was that 11 of the 15 referees came from Uruguay, the host nation. I’m sure that had no influence on their decisions…

A truly questionable decision occurred during the match between Argentina and France in the group stage. The night before their game, Argentinian players had been kept awake all night by the large local French population celebrating Bastille Day. Angered, and playing the French national team on little-to-no-sleep, Argentinian “enforcers” like Luis Monti took out their frustration on the French players. In the opening minutes, Monti injured France’s star player Lucien Laurent, who limped around for the rest of the match. Interestingly, at this time substitutes were not yet a thing, so an injured player coming off the field meant playing at a numerical disadvantage.

Eventually, in the 81st minute, the man of the hour Luis Monti scored a free kick to put Argentina up 1-0. The real controversy, however, came in the 84th minute when France had a glorious goal scoring opportunity denied. French winger Marcel Langiller had been clear through on goal and allegedly guaranteed to score when the referee blew his whistle to end the match. The problem? It was only the 84th minute (regulation time is 90 minutes plus injury time). The referee eventually brought both teams back out to play the remaining six minutes, but the damage was done. France had been cheated out of their best goal scoring opportunity and Argentina won 1-0. Outraged by the on-field events, spectators stoned Argentinian players as they left the field.

The refereeing madness and Argentinian aggression did not end there. Argentina’s next match, a 6-3 victory against Mexico, featured an extremely controversial referee official: The Bolivian national team coach! During the match, the Bolivian coach/newly appointed referee awarded FIVE penalties!

Staying on brand, Argentina’s third match of the tournament was similarly violent. The Argentinians defeated Chile 3-1, but violence broke out before half time following a dangerous tackle by who else but Luis Monti! A mass brawl unfolded, which required police intervention to break things up.

Argentina eventually made it to the semi-finals, but by then the team was so unpopular that their hotel required 24/7 police protection. Argentina’s aggressive style was highlighted in their 6-1 victory against the USA in the semi-final. After just ten minutes, Alejandro Scopelli broke American Raphael Tracey’s leg through a dangerous slide tackle. American player Andy Auld suffered an unpleasant day at the office, too. Auld lost four teeth that day, and the pain did not stop there. The USA team coach, Wilfred Cummings, wrote in his match report:

“Andy Auld had his lip ripped wide open and one of the players from across the La Platte River [Argentina] had knocked the smelling salts out of [athletic] trainer Coll’s hand and into Andy’s eyes, temporarily blinding one of the outstanding ‘little stars’ of the World’s Series.“

Lastly, one final fact about the final between Argentina and Uruguay. The host nation ultimately won 4-2, but debates around the match ball were particularly controversial. Before the final, Argentina complained about the condition of tournament match balls, which were produced in Uruguay. The Argentinians even refused to play unless a new ball was used, which was when FIFA intervened. Their solution? Each half would be played with the ball of choice for Argentina and Uruguay, respectively. Nuts! Even crazier, many people believe that this is where the saying “a tale of two halves” originates.

Now that you’ve learned so much about the first World Cup, I hope you enjoy today’s matchup!

When the World Cup Rolled into Fascist Italy in 1934 “Mussolini himself was a follower of football and saw its power in communicating to the common man. He was purported to hold a theory that the brutal Italian game known as Calcio Fiorentino, which is traditionally contested in Piazza Santa Croce in Florence by groups of lightly armed men who fight their way through one another to score a goal utilising hand to hand combat and brutality, was the true inspiration for modern football. He went as far as to have a documentary broadcast on radio about the “true” origins of football in Italy from the 16th century just before the final.

The selection of Italy as the host nation was fraught with political intrigue and rumours of intimidation and illegal payment, but FIFA itself was already under scrutiny as an organisation with less-than-pure sporting ideals. As early as 1930, an informal lobbying effort was undertaken by the Secretary for the Italian Football Federation, Giovanni Mauro, on behalf of the fascist government to assure the organisation that the Italian government would underwrite any losses incurred during the tournament. This, more than anything, swayed the committee to grant Italy the Cup over rivals Sweden, the only other serious competitor.” 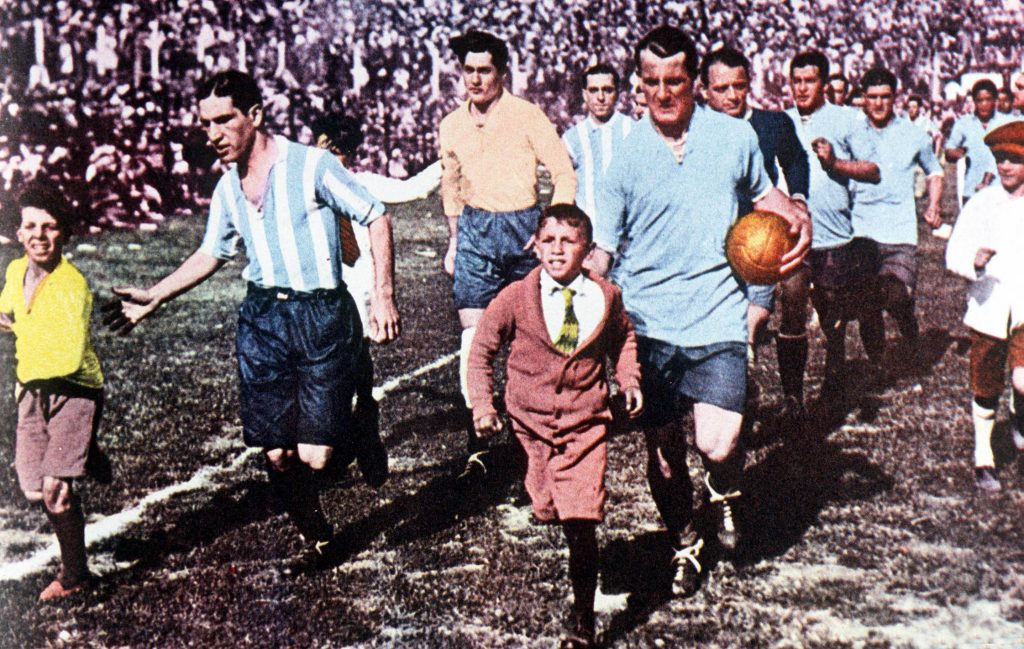 “Do you think that politic and finance influencing the World Cup is a new thing? In the first episode of Political Football: World Cup, we talk to Paul Mc Parlan about how the whole show got underway in 1930. Who promoted the idea and why did we need a global tournament? What came of the inaugural event in Uruguay and how was the game forever changed?”

The Economic Impact of the World Cup 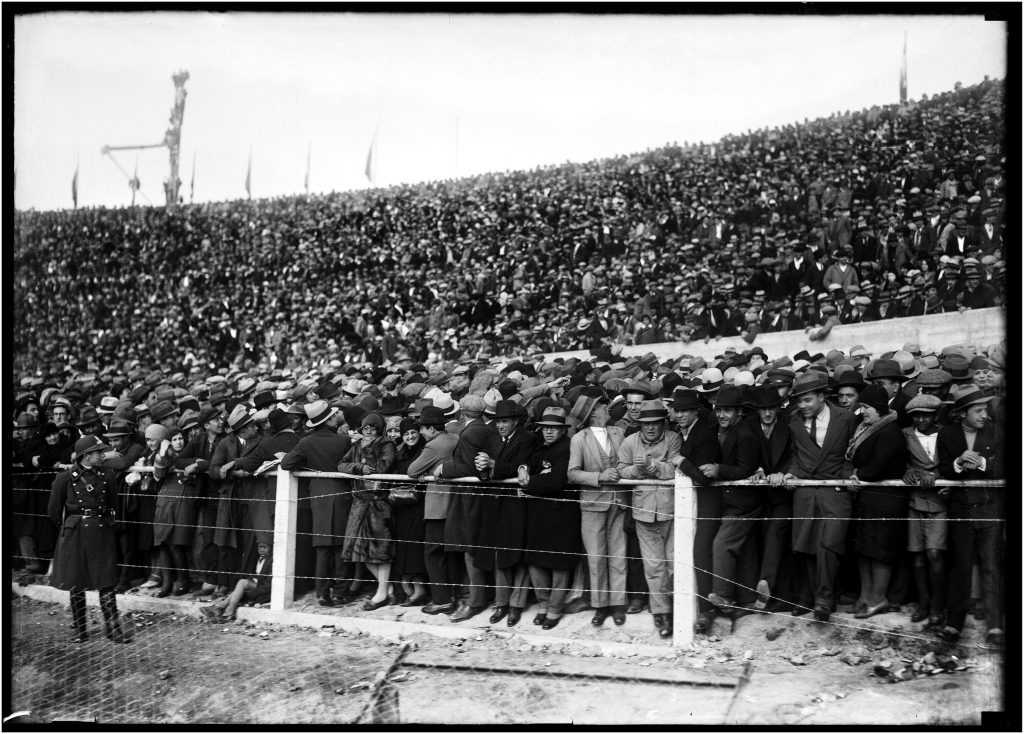 “This study attempts to quantify the economic impact of the World Cup for countries over time to assess if it is in their best interest to host the event. The study uses panel data to analyze the trend of the economic impact on the host nations over approximately the last 50 years. Organizations such as FIFA and the IOC are notorious for sponsoring ex-ante literature that supports their economic incentives to convince nations to voraciously bid against each other for the economic benefit of hosting a megaevent and spend large public sums of money for the event. However, the majority of the ex-post literature disagrees with the results from the ex-ante literature, concluding that mega events bring little to no economic benefit to a host country.