The Road to ETFs 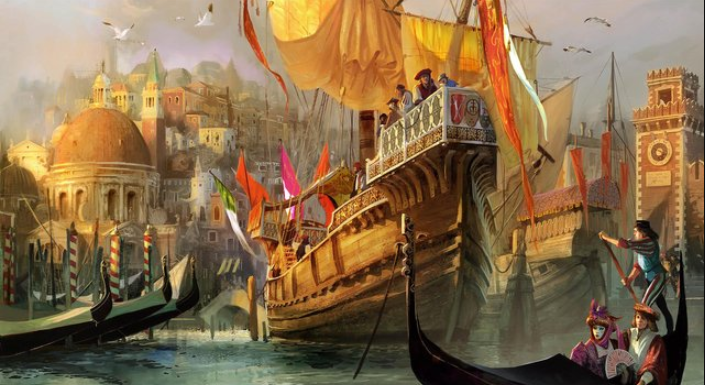 There is no questioning the fact that Exchange-Traded Funds (ETFs) have revolutionized modern finance.

But what led us to this invention?

What were the ETFs of a thousand years ago?

Are they really so different than today?

Since their inception in 1993 with the launch of SPY, the industry has grown exponentially. While many associate ETFs with passive investing, there are far more active applications.

The ProShares UltraPro 3x Crude Oil ETF ($OILU), for example, is about as far from a passive investment as one can get. There are even some active managers that now offer ETF versions of their mutual fund strategies.

Most importantly, ETFs have provided access to the markets for small/retail investors. It’s now easier than ever to obtain a low-cost, diversified portfolio.

Similar to a past article discussing the ancient roots of active management, the road leading to ETFs can be traced back a thousand years. Since the 10th century in medieval Italy, innovative financial products have been designed to benefit smaller investors through diversification and lower costs.

The modern Exchange-Traded Fund is just the latest iteration. 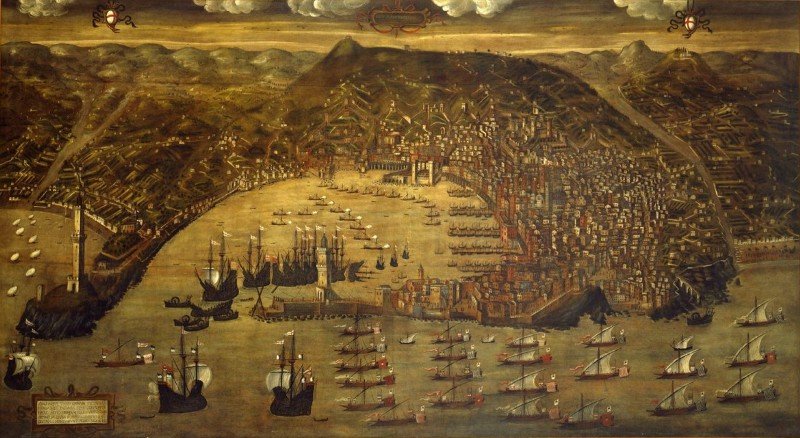 “A View of Genoa”

Merchants in medieval Venice and Genoa faced an ongoing issue: the high costs of financing their voyages to other ports.

The answer? The commenda contract.

These contracts were revolutionary at the time due to a few reasons:

The commenda was a contract between a financier and merchant to fund a ship’s voyage to various ports so that a merchant could sell his goods.

Sometimes described as a ‘sedentary investor’, the passive financier invested capital to cover the costs of a merchant’s voyage, but did not travel himself.

His merchant partner, the ‘active investor’, utilized this investment to fund his voyage, which he was responsible for overseeing. The merchant was considered an ‘active investor’, since he was risking his own life at sea in the pursuit of profit. Ships were frequently lost at sea, and there was no guarantee that the merchant would return home.

Talk about skin in the game… 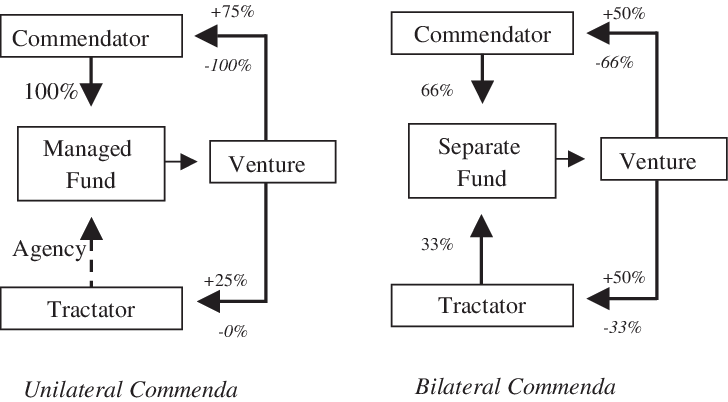 In a Unilateral commenda, the ‘passive’ investor funded the entire venture, and was responsible for 100% of the losses, but received 75% of the profits.

Conversely, under a Bilateral commenda, the investor only put in 66% of the capital, but was responsible for 66% of the losses. Profits between the passive investor and merchant were split 50%–50%.

Both versions were important, but the bilateral commenda most embodies the spirit of ETFs today.

Rather than risking his own life, bilateral commenda’s offered a passive investor the ability to fund only 66% of the merchant’s voyage, and still receive 50% of the profits. Unlike the unilateral commenda, which required him to fund 100% of the voyage, the ‘sedentary’ investor could now allocate that excess capital across a diversified portfolio of multiple bilateralcommenda contracts.

Such diversification benefits were not lost on investors like Godric of Finchale:

“He purchased the half of a merchant-ship with certain of his partners in the trade; and again by his prudence bought the fourth part of another ship.”

To be clear, the potential return on investment (ROI) was more attractive for the ‘active merchant’, since he was only required to fund 33% of the voyage in return for 50% of the profits.

However, the return opportunities offered to each partner in a bilateral commenda perfectly encapsulate the active/passive management debate today.

While the ‘active merchant’ could theoretically obtain a higher ROI, there was a much higher level of risk involved. Far from enjoying safety and comfort on land, the merchant was forced to put his own life at risk to pursue that higher return. His entire return rested on his ability to outperform on one voyage.

As there was an opportunity for a higher ROI, there was the equally feasible option that the merchant did not return home from his voyage. A 0% ROI.

For most Italians, it was better to be the ‘sedentary’ investor that did not have to risk his life, and could diversify his investments across a pool of commendacontracts.

In addition to their unique investment partnerships, bilateral commenda’swere known for their liquidity. Like ETFs, this allowed passive investors to easily buy and sell whole (or partial) positions in a merchant’s voyage, which was a true innovation.

In fact, similar to a Dividend Re-Investment Program for ETFs, one variation of commendas, the Societas Maris, allowed passive investors to easily reinvesttheir dividends from previous voyages into new opportunities.

The commenda was a success among smaller investors, which was evidenced by a 12th century book titled “Commenda Contracts of Humble People” (1178).

While there were certainly other innovations in finance since the commenda contract, the next major development covered in this article was the birth of the mutual fund in 1774.

Although it was a mutual fund, and not an ETF, the reasoning behind the invention of Eendragt Maakt Magt is similar to ETFs:

“The prospectus required that the portfolio would be diversified at all times. The 2,000 shares of Eendragt Maakt Magt were subdivided into 20 ‘classes’, and the capital of each class was to be invested in a portfolio of 50 bonds. Each class was to consist of at least 20 to 25 different securities, to contain no more than two or three of a particular security, and to ‘observe as much as possible an equal proportionality’.”— K. Geert Rouwenhorst 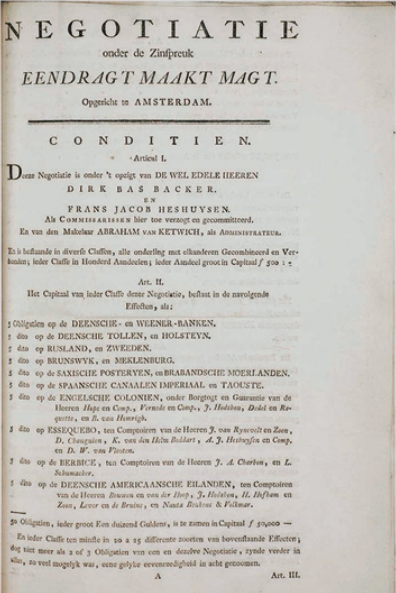 In essence, the Eendragt Maakt Magt was an equal-weighted index fund designed to offer investors a broad, diversified exposure across ’20 classes’ of bonds.

Occurring so shortly after the market crisis in 1772–1773, which was sparked by concentrated bets on the East India Company, some have argued that Van Ketwich’s fund was intentionally designed to offer a conservative, and more diversified fund for smaller investors. Van Ketwich even kept fees abnormally low at 0.20%, not unlike passive funds today.

Eendragt Maakt Magt’s investments were also detailed in the prospectus, preventing the fund’s managers from taking many active investment decisions. As a further safeguard against active management, the prospectus promised that the fund’s securities would be stored in an “iron chest with three differently working locks”. If any investment decisions were made, the chest would have to be unlocked by three separate authorities.

Despite it’s lack of liquidity due to the iron chest, the connections between the Eendragt Maakt Magt and ETFs remain clear. Both investment vehicles aimed to provide small/retail investors with a diversified portfolio at a low cost.

Given this focus on an equal weighted, diversified portfolio offered to small investors at a low cost, the Eendragt Maakt Magt could even be considered a rough equivalent of the passive ETF.

ETFs have significantly altered the investment landscape in the 21st century, but the road to their invention was marked with the innovations of savvy investors throughout history.

There were many more crucial innovations that demonstrated the characteristics of ETFs today, but the bilateral commenda and Eendragt Maakt Magt offer two lesser known examples.

Each of these revolutionary products offered a diversified, and conservative investment option for small/retail investors at a low cost.

Just like the commenda, and Eendragt Maakt Magt, one day investors will reflect on ETFs as another innovation of the past.

The question is, what invention is the ETF leading us to?